Bolton is a diabolical hawkish maniac. Read what he has recently written. "The Legal Case for Striking North Korea First - WSJ" 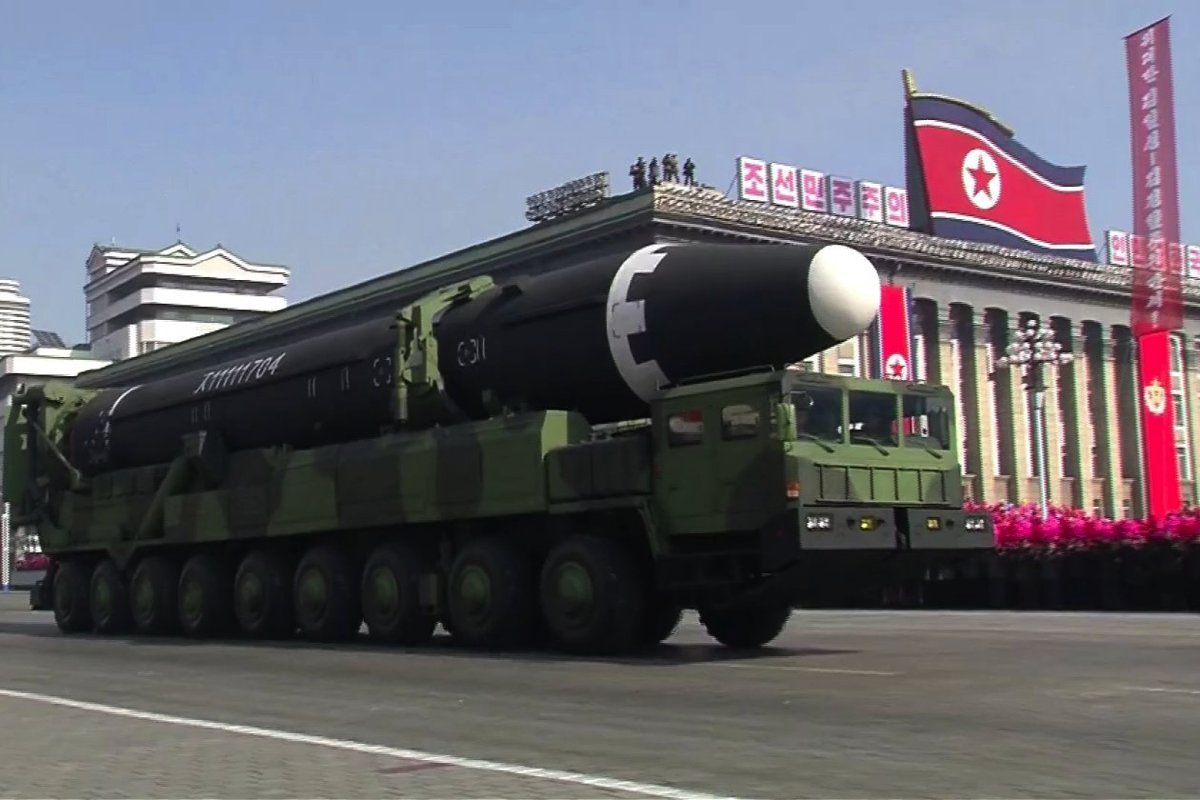 "The Winter Olympics’ closing ceremonies also concluded North Korea’s propaganda effort to divert attention from its nuclear-weapons and ballistic-missile programs. And although President Trump announced more economic sanctions against Pyongyang last week, he also bluntly presaged ‘Phase Two’ of U.S. action against the Kim regime, which ‘may be a very rough thing.’

CIA Director Mike Pompeo said in January that Pyongyang was within ‘a handful of months’ of being able to deliver nuclear warheads to the U.S. How long must America wait before it acts to eliminate that threat?

Pre-emption opponents argue that action is not justified because Pyongyang does not constitute an ‘imminent threat.’ They are wrong. The threat is imminent, and the case against pre-emption rests on the misinterpretation of a standard that derives from prenuclear, pre-ballistic-missile times. Given the gaps in U.S. intelligence about North Korea, we should not wait until the very last minute. That would risk striking after the North has deliverable nuclear weapons, a much more dangerous situation.

In assessing the timing of pre-emptive attacks, the classic formulation is Daniel Webster’s test of ‘necessity.’ British forces in 1837 invaded U.S. territory to destroy the steamboat Caroline, which Canadian rebels had used to transport weapons into Ontario.

Webster asserted that Britain failed to show that ‘the necessity of self-defense was instant, overwhelming, leaving no choice of means, and no moment of deliberation.’ Pre-emption opponents would argue that Britain should have waited until the Caroline reached Canada before attacking.

Would an American strike today against North Korea’s nuclear-weapons program violate Webster’s necessity test? Clearly not. Necessity in the nuclear and ballistic-missile age is simply different than in the age of steam. What was once remote is now, as a practical matter, near; what was previously time-consuming to deliver can now arrive in minutes; and the level of destructiveness of nuclear, chemical and biological weapons is infinitely greater than that of the steamship Caroline’s weapons cargo.

Timing and distance have long been recognized as surrogate measures defining the seriousness of military threats, thereby serving as criteria to justify pre-emptive political or military actions. In the days of sail, maritime states were recognized as controlling territorial waters (above and below the surface) for three nautical miles out to sea. In the early 18th century, that was the farthest distance cannonballs could reach, hence defining a state’s outer defense perimeter. While some states asserted broader maritime claims, the three-mile limit was widely accepted in Europe.

Technological developments inevitably challenged maritime-state defenses. Over time, many nations extended their territorial claims, but the U.S. adhered to the three-mile limit until World War II. After proclaiming U.S. neutrality in 1939, in large measure to limit the activities of belligerent-power warships and submarines in our waters, President Franklin D. Roosevelt quickly realized the three-mile limit was an invitation for aggression. German submarines were sinking ships off the coast within sight of Boston and New York.

In May 1941, Roosevelt told the Pan-American Union that ‘if the Axis Powers fail to gain control of the seas, then they are certainly defeated.’ He explained that our defenses had ‘to relate . . . to the lightning speed of modern warfare.’ He scoffed at those waiting ‘until bombs actually drop in the streets’ of U.S. cities: ‘Our Bunker Hill of tomorrow may be several thousand miles from Boston.’ Accordingly, over time, Roosevelt vastly extended America’s ‘waters of self defense’ to include Greenland, Iceland and even parts of West Africa.

Similarly in 1988, President Reagan unilaterally extended U.S. territorial waters from three to 12 miles. Reagan’s executive order cited U.S. national security and other significant interests in this expansion, and administration officials underlined that a major rationale was making it harder for Soviet spy ships to gather information.

In short, both Roosevelt and Reagan acted unilaterally to adjust to new realities. They did not reify time and distance, or confuse the concrete for the existential. They adjusted the measures to reality, not the reverse.

Although the Caroline criteria are often cited in pre-emption debates, they are merely customary international law, which is interpreted and modified in light of changing state practice. In contemporary times, Israel has already twice struck nuclear-weapons programs in hostile states: destroying the Osirak reactor outside Baghdad in 1981 and a Syrian reactor being built by North Koreans in 2007.

This is how we should think today about the threat of nuclear warheads delivered by ballistic missiles. In 1837 Britain unleashed pre-emptive ‘fire and fury’ against a wooden steamboat. It is perfectly legitimate for the United States to respond to the current ‘necessity’ posed by North Korea’s nuclear weapons by striking first.

Mr. Bolton is a senior fellow at the American Enterprise Institute and author of ‘Surrender Is Not an Option: Defending America at the United Nations and Abroad’ (Simon & Schuster, 2007)."