Where does freedom of speech end?. When a  person tells lies which cause harm to others. 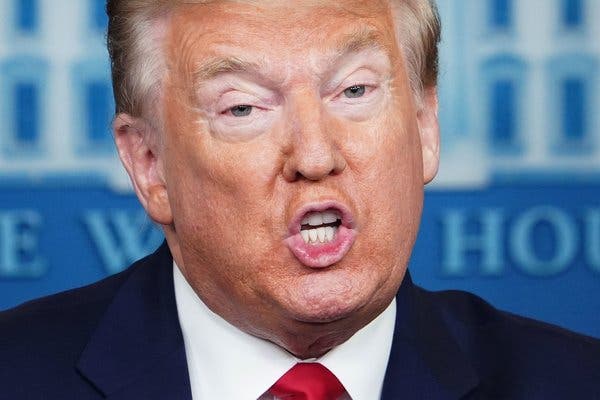 "The president’s innuendo about the death of a congressional staffer in 2001 could lead to a costly court judgment against him.

Mr. Schuck is an emeritus professor of law at Yale and Darling Foundation visiting professor at the University of California, Berkeley, this semester.

President Trump and his minions relentlessly grind out despicable acts — gratuitous insults to war heroes, over 18,000 (and counting) false or misleading statements, many decisions courts have ruled illegal. But Trump’s wantonly cruel tweets about the tragic death in 2001 of Lori Klausutis are distinctive: They may constitute intentional torts for which a civil jury could award punitive damages against him.

Here are the key facts. Ms. Klausutis, age 28, died in the Florida district office of a Republican congressman, Joe Scarborough, who was then in Washington. The police found no evidence of foul play and the coroner reported that the cause of death was a hard fall against a hard object precipitated by her floppy mitral valve disease.

That should have been the end of the story, but earlier this week the president tweeted to his 80 million followers that “some people think” that Mr. Scarborough, now a popular MSNBC news host who frequent criticizes Mr. Trump, “g[o]t away with murder,” calling Mr. Scarborough a “psycho” and a “total Nut job.”

The president has offered no evidence for this slander, because there is none. Last week, Timothy Klausutis, Lori’s widower husband, wrote a remarkably restrained, poignant letter to Jack Dorsey, the head of Twitter, citing the pain that Trump’s “horrifying lies” about his wife’s death have caused him and the family, and asking Mr. Dorsey to remove Trump’s tweet. Mr. Dorsey has refused, most likely because the 1996 Communications Decency Act probably protects him from defamation claims for publishing the words of another. However Twitter added a warning label to the president’s false tweets on Tuesday about mail-in ballots, the first time the service has taken such a step.

Mr. Trump’s first tort is called intentional infliction of emotional distress, which the courts developed precisely to condemn wanton cruelty to another person who suffers emotionally as a result. This tort, which is sometimes called “outrage,” readily applies to Mr. Trump’s tweets about Ms. Klausutis. They were intentional and reckless, and were “extreme and outrageous” without a scintilla of evidence to support them. And they caused severe emotional distress — the protracted, daily-felt grief described in Mr. Klausutis’s letter to Mr. Dorsey.

Even so, Mr. Scarborough might succeed in a defamation suit against Mr. Trump for reputational harm. After all, the president’s innuendo that Mr. Scarborough may have murdered Lori Klausutis — presumably credible to the many Trump Twitter followers who subscribe to conspiracy theories — may seriously harm Mr. Scarborough’s reputation with them and others.

Mr. Trump, moreover, often aims his tweets to lead multiple news cycles affecting well beyond his Twitter followers. The president will surely argue that he has not actually accused anyone of murder and was merely “raising questions.” But courts have held that such calculated innuendo can constitute defamation, depending on the facts. This would be for a jury to decide.

Mr. Scarborough, as a public figure in his own right, must satisfy the Supreme Court’s demanding test for defamation liability in its landmark New York Times v. Sullivan decision. Under this test — designed to free public debate from being unduly constrained by fear of legal liability — Mr. Scarborough must prove that Mr. Trump made his defamatory comment either with actual knowledge that it was false or with “reckless disregard” for whether it was true or false. But the president’s tweets about the Klausutis case probably satisfy this test. After all, he has not cited any evidence to support his calumny either before the tweets or in response to the backlash since then. If the jury found for Mr. Scarborough, it could require Mr. Trump to pay substantial punitive damages in addition to compensation for his reputational harm.

Under the court’s unanimous 1998 ruing in Paula Jones’ sexual harassment suit against President Bill Clinton, both of these lawsuits — by Mr. Klausutis and by Mr. Scarborough — could proceed against the president while he is still in office. Because his tweets reach followers nationwide, the lawsuits could probably be brought in any state. And since the subject of his tweets had nothing to do with his presidential responsibilities, he probably could not hide behind an assertion of executive privilege.

The Klausutis family has suffered enough for almost 20 years without having to endure Trump’s crocodile tears and malicious raking of the coals. Tort law might hold our brutish president to account."