Why is coronavirus taking such a deadly toll on black Americans? | World news | The Guardian 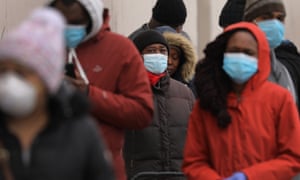