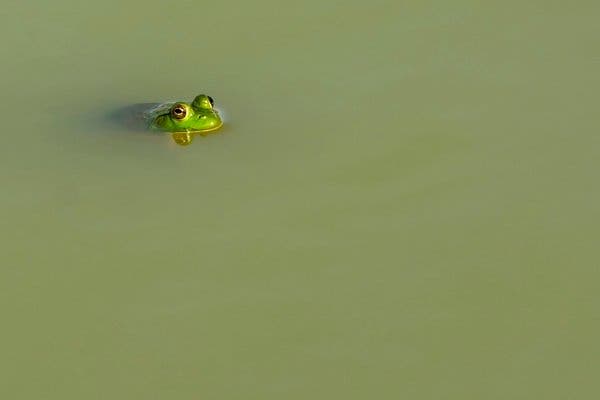 "WASHINGTON — The Trump administration is expected on Tuesday to unveil a plan that would weaken federal clean water rules designed to protect millions of acres of wetlands and thousands of miles of streams nationwide from pesticide runoff and other pollutants.

Environmentalists say the proposal represents a historic assault on wetlands regulation at a moment when Mr. Trump has repeatedly voiced a commitment to “crystal-clean water.” The proposed new rule would chip away at safeguards put in place a quarter century ago, during the administration of President George H.W. Bush, who implemented a policy designed to ensure that no wetlands lost federal protection.

President Trump, who made a pledge of weakening a 2015 Obama-era rule one of his central campaign pledges, is expected to tout his plan as ending a federal land grab that impinged on the rights of farmers, rural landowners and real estate developers to use their property as they see fit."

Trump Prepares to Unveil a Vast Reworking of Clean Water Protections - The New York Times
Posted by John H Armwood II at 8:27 AM