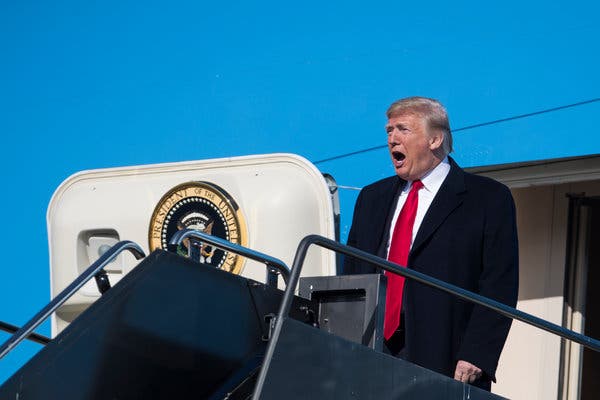 "No one is above the law in America.

Yes, there is still information dribbling out about Trump’s efforts to build a tower in Moscow during the election and about his campaign’s ties with Russians during the campaign. Yes, there is the question of obstruction of justice, which I believe has already been proven by Trump’s own actions in public. Yes, there are all the people in Trump’s circle who have been charged with or have admitted to lying about any number of things, including their contacts with Russians.

But beyond all that, we now have an actual, and one assumes provable, crime. A federal crime. And the president is its architect.

America is a country of laws, and if we are to believe that, and not allow that to become a perversion, no man or woman can be above the law.

As Thomas Paine wrote in his 1776 pamphlet “Common Sense”:

“In America the law is king. For as in absolute governments the King is law, so in free countries the law ought to be king; and there ought to be no other.”

And yet, Trump, his team and to some degree his supporters in Congress seem to view Trump as very much above the law — or at least some laws. The defense is bizarre: Since he is the president, there are laws he isn’t obliged to obey. In other words, it is permissible for him to break some laws, but not others.

Last year, one of the president’s lawyers went even further, claiming that the “president cannot obstruct justice because he is the chief law enforcement officer under [the Constitution’s Article II] and has every right to express his view of any case.”

This all holds the potential to further make a mockery of a system of justice that already privileges power.

America’s jails are already filled to the brim with people who have been charged with a crime but not yet convicted of one. According to the Prison Policy Initiative, “70 percent of people in local jails are not convicted of any crime.” Their primary infraction is that they are poor and powerless. The justice system doesn’t coddle them; it crushes them.

According to prosecutors, Trump directed Cohen to commit a felony. Then he lied about it and either allowed or instructed others to lie about it on his behalf. He misled the American people through a conspiracy of lies, and he did so to help attain, and then maintain, his presidency.

As The New York Times pointed out on Saturday, prosecutors have “effectively accused the president of defrauding voters, questioning the legitimacy of his victory.”

There simply must be consequences for such a brazen act of lawlessness.

Now, I am under no illusion that Trump will be indicted as a sitting president or that any efforts to impeach him will prove successful.

As New York magazine put it in a headline, “Trump 2020 Shaping Up to Be a Campaign to Stay Out of Prison.”

The statute of limitations for campaign finance violations is five years. Re-election may well be Trump’s only hope of evading justice.

But that also gives voters enormous power in 2020. They won’t just be selecting the next president and determining the direction of the country. They may also be deciding whether or not a president will be tried, convicted and imprisoned for the first time in the country’s history.

This is a weighty responsibility, but it is a necessary one. We have to prove that our institutions are more important than our ideologies, that the dream, the whisper, the precious possibility of America cannot be trampled by the corrupt and the fraudulent, the venal and the lecherous.

America has to prove that it can indeed survive a criminal presidency."