Opinion | The Presidency or Prison - The New York Times 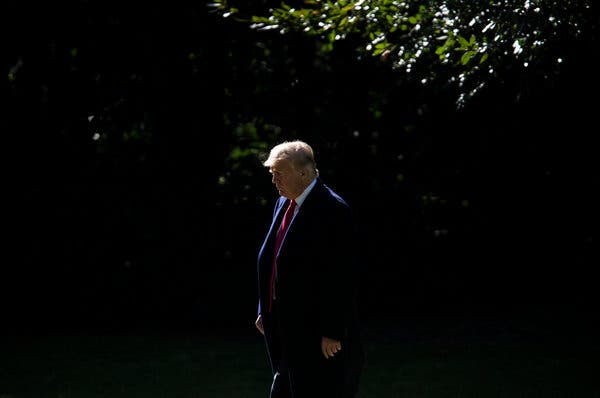 "Donald Trump — or, as he’s known to federal prosecutors, Individual-1 — might well be a criminal. That’s no longer just my opinion, or that of Democratic activists. It is the finding of Trump’s own Justice Department.

On Friday, federal prosecutors from the Southern District of New York filed a sentencing memorandum for Michael Cohen, Trump’s former lawyer, who is definitely a criminal. The prosecutors argued that, in arranging payoffs to two women who said they’d had affairs with Trump, Cohen broke campaign finance laws, and in the process “deceived the voting public by hiding alleged facts that he believed would have had a substantial effect on the election.”

The filing emphasized the way Cohen’s actions subverted democracy. “While many Americans who desired a particular outcome to the election knocked on doors, toiled at phone banks or found any number of other legal ways to make their voices heard, Cohen sought to influence the election from the shadows,” prosecutors wrote. And he didn’t act alone, but “in coordination with and at the direction of Individual-1.” In other words, lawyers from the Justice Department have concluded that Trump may have committed a felony that went to the heart of the process that put him in office.

Trump’s potential criminality in this case, which raises questions about his legitimacy as president, creates a dilemma for Democrats. Assuming prosecutors are right about Trump’s conduct, it certainly seems impeachable; a situation in which a candidate cheats his way into the presidency is one the founders foresaw when they were designing the impeachment process. As George Mason argued at the Constitutional Convention, “Shall the man who has practiced corruption, and by that means procured his appointment in the first instance, be suffered to escape punishment by repeating his guilt?”

But in our current moment, removing the president through impeachment is essentially impossible, given that at least 20 Senate Republicans would have to join Democrats. Representative Jerrold Nadler, the New York Democrat who will soon lead the House Judiciary Committee, told me he wouldn’t consider impeachment proceedings without at least some Republican support. There is certainly no appetite among congressional Democrats to pursue impeachment over a campaign finance case, particularly while the special counsel investigation into Russian collusion chugs on."

Opinion | The Presidency or Prison - The New York Times
Posted by John H Armwood II at 8:14 AM