Can My Children Be Friends With White People? 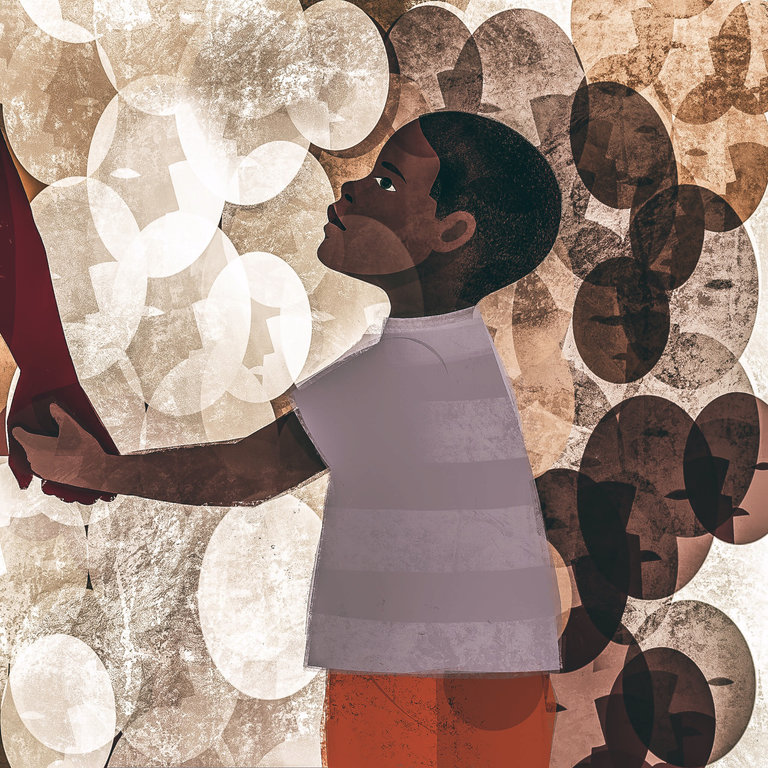 "My oldest son, wrestling with a 4-year-old’s happy struggles, is trying to clarify how many people can be his best friend. “My best friends are you and Mama and my brother and …” But even a child’s joy is not immune to this ominous political period. This summer’s images of violence in Charlottesville, Va., prompted an array of questions. “Some people hate others because they are different,” I offer, lamely. A childish but distinct panic enters his voice. “But I’m not different.”

It is impossible to convey the mixture of heartbreak and fear I feel for him. Donald Trump’s election has made it clear that I will teach my boys the lesson generations old, one that I for the most part nearly escaped. I will teach them to be cautious, I will teach them suspicion, and I will teach them distrust. Much sooner than I thought I would, I will have to discuss with my boys whether they can truly be friends with white people.

Meaningful friendship is not just a feeling. It is not simply being able to share a beer. Real friendship is impossible without the ability to trust others, without knowing that your well-being is important to them. The desire to create, maintain or wield power over others destroys the possibility of friendship. The Rev. Dr. Martin Luther King Jr.’s famous dream of black and white children holding hands was a dream precisely because he realized that in Alabama, conditions of dominance made real friendship between white and black people impossible.

History has provided little reason for people of color to trust white people in this way, and these recent months have put in the starkest relief the contempt with which the country measures the value of racial minorities. America is transfixed on the opioid epidemic among white Americans (who often get hooked after being overprescribed painkillers — while studies show that doctors underprescribe pain medication for African-Americans). But when black lives were struck by addiction, we cordoned off minority communities with the police and threw away an entire generation of black and Hispanic men.

Likewise, despite centuries of exclusion and robust evidence of continuing racism, minority underemployment is often couched in the language of bad choices and personal responsibility. When systemic joblessness strikes swaths of white America, we get an entire presidential campaign centered on globalization’s impact on the white working class. Even the nerve of some rich or visible African-Americans to protest that America, in its laws and in its police, has rarely been just to all has been met with the howls of a president who cannot tolerate that the lucky and the uppity do not stay in their place.

As against our gauzy national hopes, I will teach my boys to have profound doubts that friendship with white people is possible. When they ask, I will teach my sons that their beautiful hue is a fault line. Spare me platitudes of how we are all the same on the inside. I first have to keep my boys safe, and so I will teach them before the world shows them this particular brand of rending, violent, often fatal betrayal.

Let me assure you that my heartbreak dwarfs my anger. I grew up in a classic Midwestern college town. With all its American faults, it was a diverse and happy-childhood kind of place, slightly dull in the way that parents wish for their children. If race showed in class lines, school cliques and being pulled over more often, our little Americana lacked the deep racial tension and mistrust that seem so hard to escape now.

What’s surprising is that I am heartbroken at all. It is only for African-Americans who grew up in such a place that watching Mr. Trump is so disorienting. For many weary minorities, the ridiculous thing was thinking friendship was possible in the first place. It hurts only if you believed friendship could bridge the racial gorge.

Of course, the rise of this president has broken bonds on all sides. But for people of color the stakes are different. Imagining we can now be friends across this political line is asking us to ignore our safety and that of our children, to abandon personal regard and self-worth. Only white people can cordon off Mr. Trump’s political meaning, ignore the “unpleasantness” from a position of safety. His election and the year that has followed have fixed the awful thought in my mind too familiar to black Americans: “You can’t trust these people.”

It is not Mr. Trump himself who has done this. Were it not for our reverence for money, Mr. Trump would be easily recognized as the simple-minded, vulgar, bigoted blowhard he is. It is certainly not the neo-Nazis marching on Charlottesville; we have seen their type before. Rather, what has truly broken my heart are the ranks of Mr. Trump’s many allies and apologists.

Mr. Trump’s supporters are practiced at purposeful blindness. That his political life started with denying, without evidence, that Barack Obama is American — that this black man could truly be the legitimate president — is simply ignored. So, too, is his history of housing discrimination, his casual conflation of Muslims with terrorists, his reducing Mexican-Americans to murderers and rapists. All along, his allies have watched racial pornography, describing black America as pathological. Yet they deny that there is any malice whatsoever in his words and actions. And they dismiss any attempt to recognize the danger of his wide-ranging animus as political correctness.

But the deepest rift is with the apologists, the “good” Trump voters, the white people who understand that Mr. Trump says “unfortunate” things but support him because they like what he says on jobs and taxes. They bristle at the accusation that they supported racism, insisting they had to ignore Mr. Trump’s ugliness. Relying on everyday decency as a shield, they are befuddled at the chill that now separates them from black people in their offices and social circles. They protest: Have they ever said anything racist? Don’t they shovel the sidewalk of the new black neighbors? Surely, they say, politics — a single vote — does not mean we can’t be friends.

I do not write this with liberal condescension or glee. My heart is unbearably heavy when I assure you we cannot be friends.

The same is true, unfortunately, of those who hold no quarter for Mr. Trump but insist that black people need to do the reaching out, the moderating, the accommodating. Imagine the white friend during the civil rights era who disliked blacks’ being beaten to death but wished the whole thing would just settle down. However likable, you could not properly describe her as a friend. Sometimes politics makes demands on the soul.

Don’t misunderstand: White Trump supporters and people of color can like one another. But real friendship? Mr. Trump’s bruised ego invents outrageous claims of voter fraud, not caring that this rhetoric was built upon dogs and water hoses set on black children and even today the relentless effort to silence black voices. His macho talk about “law and order” does not keep communities safe and threatens the very bodies of the little boys I love. No amount of shoveled snow makes it all right, and too many imagine they can have it both ways. It is this desperation to reap the rewards of white power without being so much as indicted that James Baldwin recognized as America’s criminal innocence.

For African-Americans, race has become a proxy not just for politics but also for decency. White faces are swept together, ominous anxiety behind every chance encounter at the airport or smiling white cashier. If they are not clearly allies, they will seem unsafe to me.

Barack Obama’s farewell address encouraged us to reach across partisan lines. But there is a difference between disagreeing over taxes and negotiating one’s place in America, the bodies of your children, your humanity. Our racial wound has undone love and families, and ignoring the depths of the gash will not cause it to heal.

We can still all pretend we are friends. If meaningful civic friendship is impossible, we can make do with mere civility — sharing drinks and watching the game. Indeed, even in Donald Trump’s America, I have not given up on being friends with all white people. My bi-ethnic wife, my most trusted friend, understands she is seen as a white woman, even though her brother and father are not. Among my dearest friends, the wedding party and children’s godparents variety, many are white. But these are the friends who have marched in protest, rushed to airports to protest the president’s travel ban, people who have shared the risks required by strength and decency.

There is hope, though. Implicitly, without meaning to, Mr. Trump asks us if this is the best we can do. It falls to us to do better. We cannot agree on our politics, but we can declare that we stand beside one another against cheap attack and devaluation; that we live together and not simply beside one another. In the coming years, when my boys ask again their questions about who can be their best friend, I pray for a more hopeful answer."

Can My Children Be Friends With White People?
Posted by John H Armwood II at 6:03 PM