For Joe Manchin, Corruption and Greed Are a Family Affair - FactKeepers.com

For Joe Manchin, Corruption and Greed Are a Family Affair 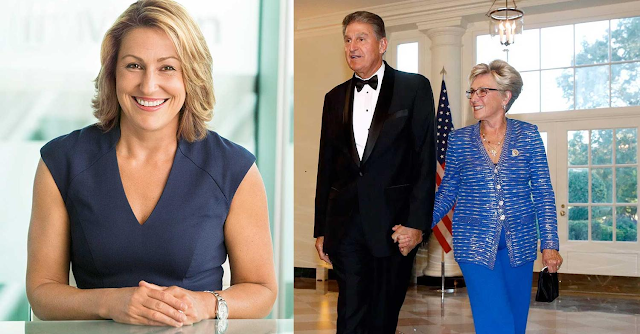 "Joe Manchin has moved into the position of doing Mitch McConnell’s job by obstructing forward motion on the long overdue social investment needed to move the country back from the abyss of the effects of the “trickle down economics.” (As a quick refresher, “trickle down” is the fake economic theory originated in the Reagan era that basically says if we make rich people and corporations richer, they will pull us all up. In a word, bullshit.)

It has been proven in the decades since that the money that flows upward stays there. This economic theory has gutted middle class America, made the idea of a one-breadwinner household a thing of the past and magnified environmental destruction while exploding military spending, medical costs and drug prices to name a few.

So what has this got to do with Joe Manchin? Everything. He has personal profit motivations to oppose efforts to remedy this situation. And, as the headline states, so does his family.

Let’s start with Joe. His opposition to the environmental aspects of the $3.5 trillion infrastructure investment being crafted is based on long-discredited opinions that reducing and eliminating the use of coal energy will not help. But the real deal is that he is heavily invested in coal and a considerable portion of his personal wealth is based on it.

For decades, Manchin has profited from a series of coal companies that he founded during the 1980s. His son, Joe Manchin IV, has since assumed leadership roles in the firms, and the senator says his ownership is held in a blind trust. Yet between the time he joined the Senate and today, Manchin has personally grossed more than $4.5 million from those firms, according to financial disclosures. He also holds stock options in Enersystems Inc., the larger of the two firms, valued between $1 and $5 million.

Another factor in the Manchin family mix is his daughter, Heather Bresch. She retired last year from her position as CEO of Mylan, the pharma company that bought the rights to the EpiPen. Bresch led the way in jacking up the prices of EpiPens to the nose-bleed levels they sell at today—in some cases as much as ten times what they sell for in other countries. Bresch presided over not only this, but also the complicated strategy of what is called a tax inversion, by merging with Abbot Labs and thus moved the company and its tax base to The Netherlands to avoid corporate taxes in the US.

This connects back to Joe Manchin in a couple of ways. A Washington Post article from 2016 details how Bresch got hired at Mylan in the first place. Joe got her the interview that led to her hiring. Factually, she started literally in the basement and rose the corporate ladder. A controversial MBA probably helped–controversial in that it was granted despite her being 22 credits short and was later rescinded. As the referenced articles note, Joe Manchin was Governor of West Virginia at the time.

One of the components of the “human infrastructure” package being crafted by Congress is the expansion of Medicare. And this will finally include a restoration of the ability to directly negotiate drug prices. The current law outsources the negotiations to PMBs or Pharmacy Benefits Management companies—also known as the Pharma Benefits Mafia. The largest of these is CVS with a 32 percent share of the drug market in the US. If the Medicare expansion were to pass and the Medicare administration to regain direct negotiating power for drug prices, it could end the price-gouging gravy train drug companies like Mylan have been enjoying. And this would affect Joe Manchin’s daughter’s wallet.

We have covered Joe and Heather’s connections that seem to link directly to Joe’s opposition to the infrastructure package. There’s one more person in the mix: Joe’s wife, Gayle Manchin. Where does she fit in?

In 2016, USA Today ran a piece about Gayle Manchin. At the time she was on the National Association of State Boards of Education (NASBE), having been appointed by Joe when he was Governor of West Virginia.

After Gayle Manchin took over the National Association of State Boards of Education in 2012, she spearheaded an unprecedented effort that encouraged states to require schools to purchase medical devices that fight life-threatening allergic reactions.

The association’s move helped pave the way for Mylan Specialty, maker of EpiPens, to develop a near monopoly in school nurses’ offices. Eleven states drafted laws requiring epinephrine auto-injectors. Nearly every other state recommended schools stock them after what the White House called the “EpiPen Law” in 2013 gave funding preference to those that did.

Keeping it in the family takes on very specific and direct meaning with the Manchins. And Joe has demonstrated the ability to cast a blind eye to factors that negatively affect those outside the family circle. DemocracyNow posted a story earlier this year that gives major weight to this statement.

More than 1,400 workers in West Virginia are set to lose their jobs this week when the Viatris pharmaceuticals plant in Morgantown shuts down and moves operations overseas to India and Australia. Workers say they’ve had no response to their urgent requests for help from their Democratic senator, Joe Manchin, who is often called the most powerful man in Washington. Viatris was formed through a merger between two pharmaceutical companies, Mylan and Upjohn. Mylan’s chief executive, Manchin’s daughter Heather Bresch, got a $31 million payout as a result of the corporate consolidation before the new company set about cutting costs, including the closure of the Morgantown plant.

Lead, follow or get out of the way—the last is what Joe needs to do now. The information in this article took about 20 minutes to research. One wonders what would turn up with a comprehensive investigation."

For Joe Manchin, Corruption and Greed Are a Family Affair - FactKeepers.com
Posted by John H Armwood II at 8:32 PM