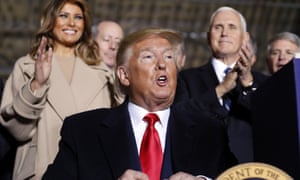 "The title of this story is inaccurate.  Prior to 1968 many Republicans fought for voting rights.  Former Republican Mayor of New York John Lindsay is arguably one the most pro voting rights politicians in modern American history.  He also organized Republicans to support for the 1964 Civil Rights and the 1965 Voting Rights Act.  He lost the Republican nomination for mayor in 1969 to a conservative and then became a Democrat in the early seventies.   Nixon and Lee Atwater and their "Southern Strategy" caused racists in America to flee from the Democrat Party to the Republican Party.  Democratic President Lyndon Johnson predicted this happening upon the passing of the 1964 Civil rights Act which he championed.

One of Donald Trump’s top re-election advisers told influential Republicans in swing-state Wisconsin that the party has “traditionally” relied on voter suppression to compete in battleground states, according to an audio recording of a private event. The adviser said later that his remarks referred to frequent and false accusations that Republicans employ such tactics.

But the report emerged just days after news that a conservative group is forcing Wisconsin to purge upwards of 230,000 people from state voter rolls more than a year earlier than planned, a move that would disproportionately affect Democrats before the 2020 election.

Justin Clark, a senior political adviser and senior counsel to Trump’s re-election campaign, made the remarks on November 21 as part of a wide-ranging discussion about strategies in the 2020 campaign, including more aggressive use of monitoring of polling places on election day in November 2020.

“Traditionally it’s always been Republicans suppressing votes in places,” Clark said at the event. “Let’s start protecting our voters. We know where they are. ... Let’s start playing offense a little bit. That’s what you’re going to see in 2020. It’s going to be a much bigger program, a much more aggressive program, a much better-funded program.”

Asked about the remarks, by the Associated Press, which obtained the audio recording, Clark said he was referring to false accusations that the Republican party engages in voter suppression.

“As should be clear from the context of my remarks, my point was that Republicans historically have been falsely accused of voter suppression and that it is time we stood up to defend our own voters,” Clark said. “Neither I nor anyone I know or work with would condone anyone’s vote being threatened or diluted and our efforts will be focused on preventing just that.”

Clark made the comments on the audio file in a meeting of the Republican National Lawyers Association’s Wisconsin chapter. Attendees included the state Senate’s top Republican, Scott Fitzgerald, along with the executive director of the Wisconsin Republican party.

Audio of the event at a country club in Madison obtained by the liberal group American Bridge was provided to AP by One Wisconsin Now, a Madison-based liberal advocacy group.

The roughly 20-minute audio offers an insider’s glimpse of Trump’s re-election strategy, showing the campaign focusing on voting locations in Wisconsin, Michigan and Pennsylvania, which form the the so-called “blue wall” of traditional Democratic strength that Trump broke through to win in 2016. Both parties are pouring millions of dollars into the states, anticipating they’ll be just as critical in the 2020 presidential contest.

Republican officials publicly signaled plans to step up their Election Day monitoring after a judge in 2018 lifted a consent decree in place since 1982 that barred the Republican National Committee from voter verification and other “ballot security” efforts. Critics have argued the tactics amount to voter intimidation.

Trump supports the effort, he said in the audio recording.

Clark said Trump’s campaign plans to focus on rural areas around mid-size cities like Eau Claire and Green Bay, areas he says where Democrats “cheat.” He did not explain what he meant by cheating and did not provide any examples.

There is no evidence of widespread voter fraud in Wisconsin.

The dispute about purging voters is the latest in a series of voting rights brawls in Wisconsin, considered one of the most important states in the upcoming presidential election. In recent years, Republicans drew electoral districts that severely benefitted their party, unsuccessfully tried to limit early voting, and implemented a strict voter ID law. The law discouraged as many as 23,252 people in the state from casting a ballot in 2016, one estimate found.

“If there’s bad behavior on the part of one side or the other to prevent people from voting, this is bad for our democracy,” Wisconsin Democratic Gov. Tony Evers said in reaction to Clark’s comments. “And frankly, I think whoever does that, it will work to their disadvantage. It will make them look, frankly, stupid.”

Wisconsin’s attorney general, Democrat Josh Kaul, represented the Democratic National Committee in a 2016 New Jersey lawsuit that argued the GOP was coordinating with Trump to intimidate voters. Kaul argued then that Trump’s campaign “repeatedly encouraged his supporters to engage in vigilante efforts” in the guise of ferreting out potential voter fraud. The Republican party disputed any coordination.

“It is vital that Wisconsinites have free and fair access to the polls, and that we protect the security and integrity of our elections,” Kaul said this week.

Earlier this week Georgia proceeded with a mass purge of 300,000-plus voters from the rolls, despite an activist group founded by rising-star Democrat Stacey Abrams asking a court to halt the plan."