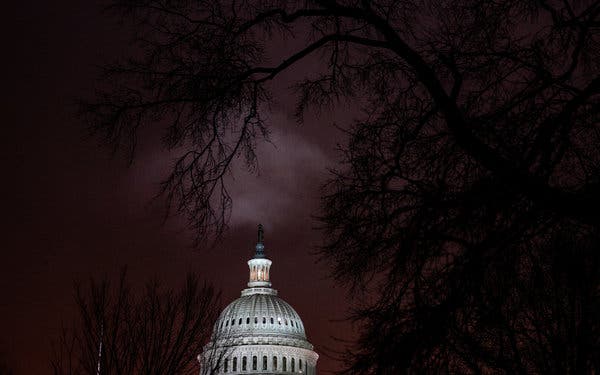 "It is hard for me to be out in public or on social media without being peppered with questions by people with strained faces about whether there is any chance that the Senate will vote to convict Donald Trump if the House of Representatives impeaches him.

I have to constantly remind people that impeachment in the House is the victory. The Senate is a lost cause, and has been on this issue since Trump rose to office.

The Senate has considered articles of impeachment against two other presidents and refused to convict and remove both times. This time is not likely to be any different. In that sense, impeachment by the House is the strongest rebuke America has ever been willing to give a president.

Trump deserves at least that.

The Republicans will not defect from Trump in any significant numbers, if at all. It’s nearly impossible to call them to virtue when they are in the midst of their depravity. They stayed silent so long, refusing to challenge him when they could, when he was weaker, that he has grown so strong among their voters that now their silence in their only safety.

The threat of Trump’s wrath hangs over them like the sword of Damocles.

History will not only record Trump as a corrupt, tyrannical demagogue, it will also record his staggering success: How one man with no political experience hijacked a major American political party and its tens of millions of loyalists.

It is as extraordinary as it is horrifying.

These people are now devoted to Trump, lost in his lies. Trumpism is their religion and Trump is their God, which has relegated Republicans in Congress to Trump’s devoted cherubim.

Trump will not be convicted and removed. Even if he were convicted, we don’t even have a precedent for how removal would work. An honorable president who cared about the country and its institution who was convicted might be expected to gracefully depart. But none of that is Trump. He is not honorable. He has done everything in his power to weaken and destroy our institutions.

There is nothing that suggests Trump would willingly depart. Then what? The Constitution doesn’t exactly outline the serving of an eviction notice from the White House or the calling of moving vans. What if Trump rejected a Senate conviction as invalid? What if he accepted it and said he was leaving in a year, only after his term ended? Would we send marshalls into the White House to drag him, his wife and son out?

Then there is the other migraine-inducing dilemma: Do you really want a President Mike Pence? Pence sold his soul long ago for a ticket on the Trump train, and he has defended Trump at every turn, and without reservation.

Impeaching Trump in the House is the whole point of this exercise, because a line has to be drawn and a precedent has to be set: No one is above the law. You can’t be as openly, brazenly corrupt as Trump has been and continues to be with absolutely no consequences.

You can request that another country interfere in our elections on your behalf, and then attempt to bribe them to ensure that they follow through. You can resist all subpoenas from Congress for documents and testimony, and claim it is your right.

A lawless president is no longer a president. He is an autocrat.

Impeachment is not just a matter of justice in politics, this is a matter of justice writ large. There are so many poor and powerless men and women, who every day are destroyed by a zealous and voracious criminal justice system. Trump needs to be rebuked to demonstrate to the country that the rich and power are not completely immune to the whims of justice.

There are so many men and women who spend years or even decades wasting away in prisons — sometimes on death row — for crimes that they didn’t commit. How can we look those people in the face if we let this man who has committed his offense walk away out in the open without rebuke?

Trump must be impeached not only for the history books, but also for the here and now, for the honor of justice, for the balancing of scales.

Trump won’t be removed, and his remaining days in office will mean that the threat to the country will remain. We know about Trump’s entreaty to have Ukraine interfere in our upcoming election only because of the whistle-blower.

But, there is no way to know how much other corruption may exist between Trump and leaders of other countries, how much may well have been effectively communicated with a mere wink and a nod.

Our elections are again at risk, from outside agitators and by the man whose last election benefited from the intrusion and who now wants to repeat that success with the same pattern.

That is a risk Republicans in the Senate will most likely force us to take.

But, if the House impeaches Trump, and it most likely will, we can all stand tall in the truth that the right thing was done there, that the Constitution was defended there, that justice was not completely embarrassed there.

Impeachment in the House is the victory."

Opinion | Impeachment in the House Is the Victory - The New York Times
Posted by John H Armwood II at 5:44 AM