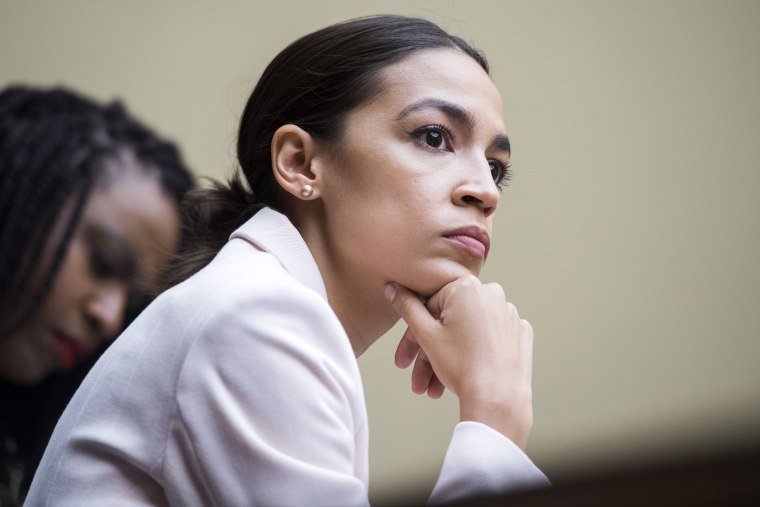 Oregon became the 11th state in the nation to mandate that public schools teach students about the Holocaust and other genocides, just last month. As an American Jew who attended public school in the late 1970s and 1980s, I was surprised to hear that learning about a defining piece of world history apparently requires specific legislation. As a resident of Oregon — a state founded as a white utopia, with both a history of structural racism and an all-too-current glut of emboldened white nationalists — I was fascinated to read that the bill was a collaboration between a nonagenarian Holocaust survivor and a 14-year-old public school student.

As a person who has witnessed the sharp rise of American anti-Semitism in the past decade, I worry that the bill is too little and too late.

Yesterday, the absurdist game of Mad Libs that is the national news brought us a Twitter faceoff between Rep. Alexandria Ocasio-Cortez, D-N.Y., and Rep. Liz Cheney, R-Wyo., sparked by the former’s assertion that the Trump administration’s detention facilities at the U.S.-Mexico border are “exactly like concentration camps” and the latter’s subsequent finger-wagging reprimand of Ocasio-Cortez that the comparison trivialized the 6 million Jews who died in such camps.

Before you could ask “war profiteer’s daughter says what?” Twitter had become a pedantic Hydra of arguments that were less about the actual existence of such camps than about what we should be calling them. (For the record, concentration-camp historians agree that using the general term “concentration camp” to describe conditions at the border is accurate.)

Since Cheney mentioned it, though, there’s a reason that people — mostly, but not exclusively, Jewish people — say “Never again” when referring to the Holocaust. The phrase is one that binds Jewish people as a community in remembrance of those who were gassed, starved, shot and worked to death in places such as Auschwitz, Dachau and Buchenwald, which were but some of the 938 camps and subcamps in the Nazis' concentration camp system.

But it’s also a shibboleth against complacency, a reminder that what happened in those camps didn’t happen overnight, but were the yield of an ideological campaign involving the active persecution of groups deemed inferior — not only Jews, but also Roma people, Polish and Slavic people, people with disabilities, LGBT people, Jehovah’s Witnesses, clergy and community leaders and more — that was built over years, its language of dehumanization building to a horrific crescendo of genocide.

Hannah Arendt’s famous assessment of Adolf Eichmann, one of the Holocaust’s chief architects, was that he “did not need to 'close his ears to the voice of conscience'.... not because he had none, but because his conscience spoke with a 'respectable voice,' with the voice of respectable society around him.” The Trump administration has turned today’s respectable voices into a constant, credulous blare of redirections and assurances: He’ll pivot. He isn’t really serious about a Muslim ban. Of course he doesn’t think all Mexicans are rapists. No, he never said that. Well, he did say it, but he won’t follow through. They’re the media voices that, wary of risking their access, devise increasingly baroque ways to avoid calling a lie "a lie"; they’re the political voices on both sides of the aisle promising to take all of this very seriously.

Thus, it’s not that surprising to see American politicians and pundits grasp at small semantic differences in terminology that describes forced extrajudicial detainment of a rhetorically demonized racial minority in harsh, punitive conditions. Whatever students are or are not taught about Germany's and Austria’s concentration camps in their history classes, they very likely hear far less about the Japanese Americans who were rounded up and held in internment camps following the attack on Pearl Harbor, or the millions of Native Americans killed by Europeans who decided that America belonged to them. If Americans confirm with one voice that, yes, there are concentration camps at the U.S.-Mexico border, we confirm the continuation of an ugly history we have yet to fully acknowledge — and the reality that it’s not behind us.

Unlike Germany, which after the end of World War II recognized the importance of confronting the atrocities that unfolded within its borders and making amends, the United States has yet to intentionally reckon with, much less make amends for, its own campaigns of dehumanization.

The national belief in exceptionalism and the corporate media’s thirst for access, scoops and clicks has given our border zone concentration camps that most American of things: A rebrand. We are, after all, the country where “Kentucky Fried Chicken” became “KFC” to make us forget our fried chicken is fried, where “torture” was given the friendlier gloss of “enhanced interrogation,” and where we are trying to make something called “freedom gas” (i.e., natural gas) a thing. Of course we'll call child internment camps anything but concentration camps.

Five migrant children have died since December in detention facilities described by politicians, legal advocates and human rights organizations as being overcrowded and unsanitary, with meager food and extreme temperatures. Those who spend time parsing whether conditions in these places — which are, it’s worth repeating, for civil rather than criminal custody — are bad enough to qualify as concentration camps and berating anyone who dares to describe them accurately, are more concerned with sparing the feelings of those perpetuating the acts in question than they seem to be with the acts themselves.

Liz Cheney and others who have denounced Ocasio-Cortez’s word choice claim concern for “real” victims of history’s abominable acts have been curiously quiet in the past several years as Jews rang the alarm about an increase in anti-Semitic rhetoric and actions, as we were harassed online with photos of ovens and worse, and as bomb threats were called into Jewish community centers.

One of the internet age’s most specious paradoxes is that if you have a personal connection to an atrocity — rape, police brutality, mass genocide — you therefore have too much skin in the game to be a reliable witness to or expert on that thing. In a time in which anti-Semitic rhetoric and attacks, including the 2018 massacre at Pittsburgh’s Tree of Life synagogue and this April’s attack on a San Diego-area synagogue, are on the rise, determining whether the words used to describe the violence of intolerance goes too far is akin to rearranging the deck chairs on the Titanic: We’re going down fast, but at least we look respectable doing it.

“Never again” was coined for the Holocaust, but its message is one that speaks to a broader history of the ease with which semantic arguments and nimble euphemisms let intolerance for and dehumanization flourish. We can teach this history in schools — but we must also take moments like these as a reminder that not repeating it demands using accurate words to describe what is happening right in front of us."