Opinion | Ida B. Wells and the Lynching of Black Women - The New York Times 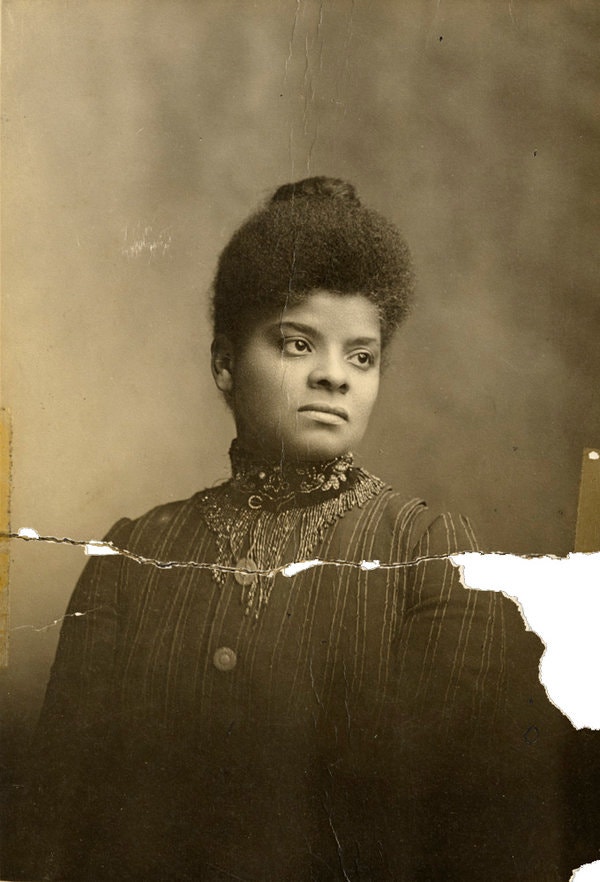 “A Woman Lynched” read a headline in The New York Times on Aug. 20, 1886. A mob had taken “Eliza Woods, colored” from a jail in Jackson, Tenn., and hanged her for supposedly poisoning her employer.
The journalist Ida B. Wells protested the lynching in an editorial for The Gate City Press, a black newspaper in Kansas City, Mo. Eliza Woods “was taken from the county jail and stripped naked and hung up in the courthouse yard and her body riddled with bullets and left exposed to view!” Wells later wrote in her diary. “Oh, my God! Can such things be and no justice for it?”
At least 130 black women were murdered by lynch mobs from 1880 to 1930. This violence against black women has long been ignored or forgotten. Not anymore. Eliza Woods’s name is now engraved on one of the 800 weathered steel columns hanging from the ceiling of the National Memorial for Peace and Justice, which opened Thursday in Montgomery, Ala.
The inclusion of black women who were lynched is an important step in the long struggle to acknowledge the violent history of racial and gender inequality.

Names of lynching victims are inscribed on columns suspended from the ceiling at the National Memorial for Peace and Justice in Montgomery, Ala.CreditAudra Melton for The New York TimesWhen most Americans imagine lynching, they envision the tortured and mutilated body of a black man accused of raping a white woman. They rarely think of a black woman “stripped naked and hung.” Wells, however, was well aware that black women were victims of Southern mob violence and also targets of rape by white men.

In 1892, when mobs across the South murdered more than 200 African-American men and women, including one of Wells’s closest friends, she began to systematically investigate lynchings. As I’ve noted in my academic work, she soon discovered that few victims had even been accused of rape. In an editorial, she wrote that “nobody in this section of the country believes the old threadbare lie that Negro men rape white women.” In retaliation, a white mob destroyed her press and warned Wells, who was in New York at the time, not to come back or risk death.
Wells was not intimidated. Instead, she crossed the country lecturing on the evils of mob violence. She traveled to Britain, where she started an international crusade against lynching. She initiated one of the first public hearings to address both racial and sexual violence. Wells also sought to protect black women against rape by white men.
From the start, she relied on the support of a network of black women. At a fund-raiser at Lyric Hall in New York, Wells described the group as “the greatest demonstration ever attempted by race women for one of their own number.” The proceeds from the event allowed her to publish “Southern Horrors: Lynch Law in All Its Phases,” the first anti-lynching pamphlet.

In “Southern Horrors,” Wells made clear that white men perpetrated sexual violence against black women, while black men were brutalized by white mobs for having consensual sex with white women. And by showing that only about 30 percent of the black victims of lynch mobs had actually been accused of rape, Wells challenged the idea that lynchings resulted from it.
She argued that the portrayal of black men as rapists put them “beyond the pale of human sympathy.” And she suggested that such a focus concealed the rape of black women. And it gave cover to whites’ violent efforts to rob African-Americans of their rights.

Drawing attention to the sexual crimes of white men, she noted that chivalry “can hope for little respect from the civilized world when it confines itself entirely to the women who happen to be white.” Wells uncovered the long history of white men raping black women. “Not one who reads the record as it is written in the faces of the million mulattos in the South,” she wrote, “will for a minute conceive that the Southern white man had a very chivalrous regard for the honor due the women of his own race or respect for the womanhood which circumstance placed in his power.”

Wells’s genius lay in her ability to flip the script, casting white Southern men as the lustful rapists of black women and the hypocritical murderers of innocent black men. Alone, she was not able to stop lynching. But with the help of other black women, she did put mob violence on the reform agenda and brought to light the rape of black women.

Yet when most Americans remember Wells, they remember her solely as a campaigner against lynching. We hear little of the woman who linked economic exploitation, lynching and sexual violence. Erased is the person who believed that lynching was a way to control white women’s sexuality, especially those who had sexual relationships with black men. Gone is the radical feminist who insisted on women’s rights to sexual justice and equal protection.

A history of lynching must remember black women like Eliza Woods. It should recognize that the rape of black women devastated communities. And it ought to highlight how black women organized against rape and lynching. Anything less prevents one of the most radical movements for racial and sexual justice from speaking to the many challenges of our time.
The memorial and museum in Montgomery are long overdue. And they represent a call to action that begins with an acknowledgment of hidden truths.

Opinion | Ida B. Wells and the Lynching of Black Women - The New York Times: ""