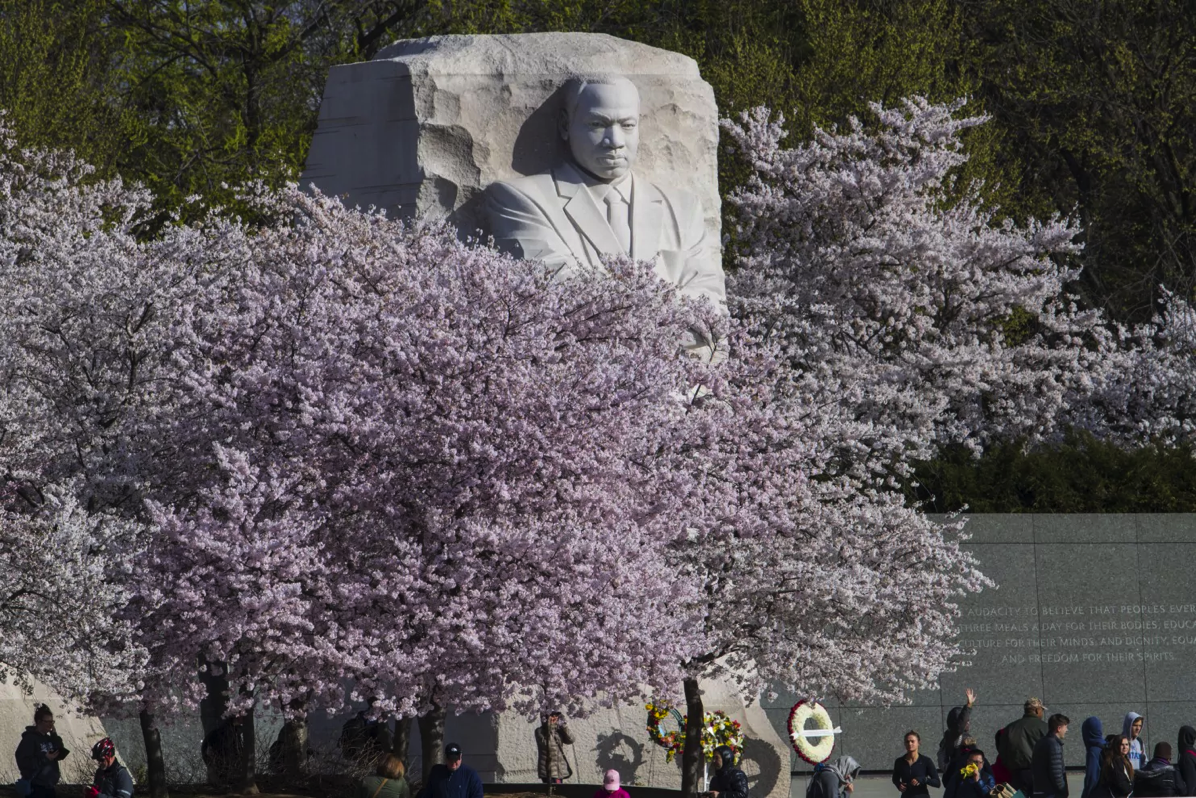 "For Martin Luther King Jr. Day in January, the White House issued a statement declaring that the slain civil rights icon understood that “for people to see one another as equals, they had to feel the tugs of a bond stronger than race. For King, that bond was America.” King, indeed, did have a dream about America.

But King’s vision looks nothing like the America on display in today’s Washington.

Five decades after King’s assassination, America has the whitest White House and the most racially exclusive cadre of presidential appointees since the presidency of Herbert Hoover. The composition of Donald Trump’s administration mocks the White House’s claim to govern under an “American spirit of fraternity.”

A more racially unfriendly time since King was killed is hard to find.

The contrast between then and now couldn’t be sharper. In his masterly book “Kennedy and King: The President, the Pastor, and the Battle Over Civil Rights,” my Post colleague Steven Levingston captured the spirit of the early days of John F. Kennedy’s administration when King was challenging the president to act on America’s racial crimes. Even before confronting Southern segregation and discrimination, Kennedy entered office demanding that the Coast Guard start integrating its ranks. At his first Cabinet meeting, he ordered members to begin the process of placing blacks in key roles. “By July 1961,” six months after Kennedy’s inauguration, Levingston noted, “blacks held nearly 50 high-ranking positions in his administration.”

In the intervening years, African Americans have served in the Cabinet, with two of them — secretaries of state Colin L. Powell and Condoleezza Rice — placed in the presidential line of succession, courtesy of President George W. Bush.

A majority of President Barack Obama’s first Cabinet and Cabinet-level officials were women or nonwhite men, the Guardian newspaper reported in a comparison of presidential appointments. The figure in Bush’s first term was 45 percent.

About 80 percent of Trump’s nominations for top jobs have gone to white men. His nominees to U.S. federal courts show a similar pattern of exclusion — as of November, 91 percent of them were white, 81 percent male.

“There is no comparison. Black diversity in the White House is almost oxymoronic at this point,” Michael Steele, former GOP national chairman, told the Guardian.

The White House proclamation imploring “people to see one another as equals” has fallen on deaf ears — within the White House.

The difference between King’s racially inclusive dream and Trump’s white identity orientation involves more than racial bean-counting. As Levingston observed, King, like Kennedy, wanted to live in an integrated world. That was their inner conviction and, despite disagreements on the pace and scope of change, both brilliant men pursued steps to bring about an America that would treat all citizens equally. Not so today.

Many Americans regard Trump as a principal instigator of the country’s retrogression on race.

The relationship between King and Kennedy is not likely to be replicated in the Trump White House. Kennedy had an “aptitude for enlightenment and empathy,” Levingston noted. “After King repeatedly badgered Kennedy about the moral crimes inflicted on the black community, the president finally acted.”

King said Kennedy “had the vision and wisdom to see the problem in all of its dimensions and the courage to do something about it.” Enlightening the president wasn’t easy, however, and “King had to be relentless.” But, in the end, the respect was mutual.

From “Kennedy and King”: “I never wanted — and I told him this — to be in a position that I couldn’t criticize him if I thought he was wrong,” King said. And Kennedy, in a sign of open-mindedness, admitted to King: “It often helps me to be pushed.”

When Trump gets pushed, he implodes. And America is fractured."