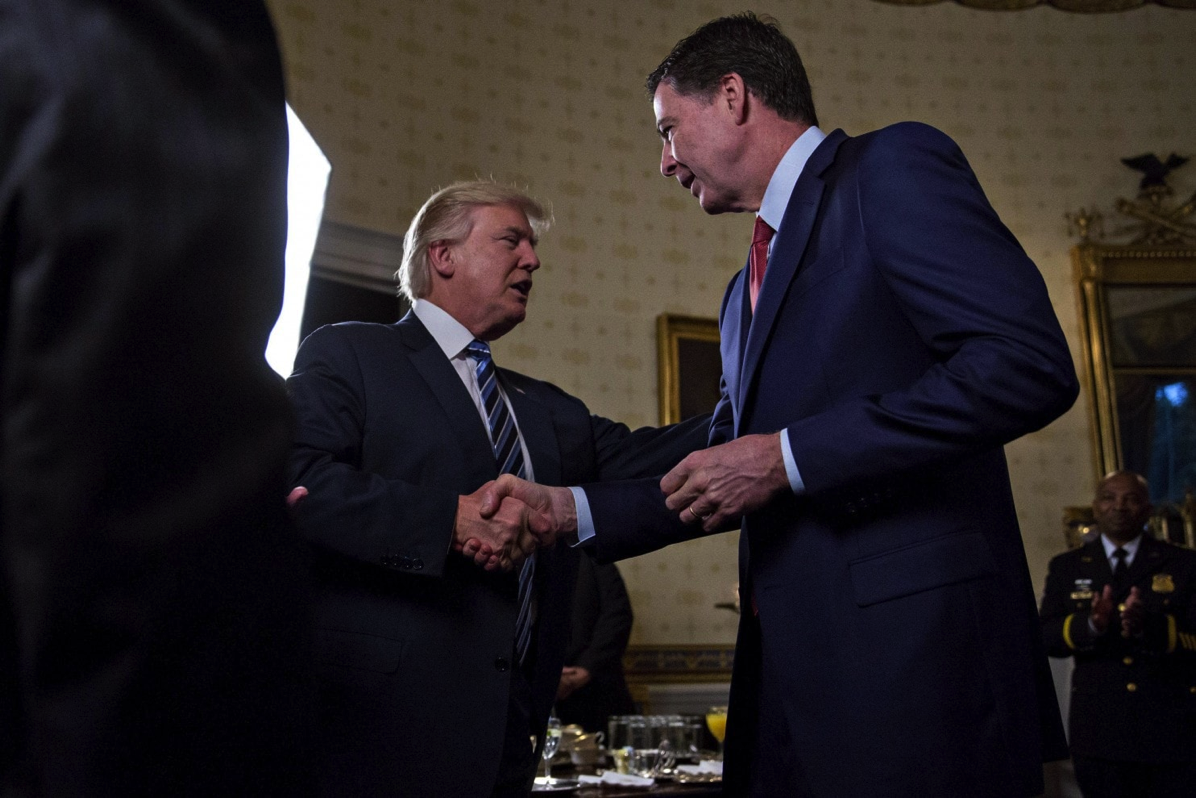 "Trump did not stay quiet for long. Comey describes Trump as having been obsessed with the prostitutes portion of the infamous dossier compiled by former British intelligence officer Christopher Steele, raising it at least four times with the FBI head. The document claimed that Trump had watched the prostitutes urinate on themselves in the same Moscow suite that President Obama and first lady Michelle Obama stayed in previously ‘as a way of soiling the bed,’ Comey writes.

Comey writes that Trump asked him to have the FBI investigate the allegations to prove they were not true, and offered varying explanations to convince him why. ‘I’m a germaphobe,’ Trump told him in a follow-up call on Jan. 11, 2017, according to Comey’s account. ‘There’s no way I would let people pee on each other around me. No way.’ Later, the president asked what could be done to ‘lift the cloud’ because it was so painful for first lady Melania Trump.

Then, on May 9, 2017, Trump fired Comey, leading to the Justice Department special counsel’s Russia investigation."