6 Takeaways From the Comey Memos - The New York Times 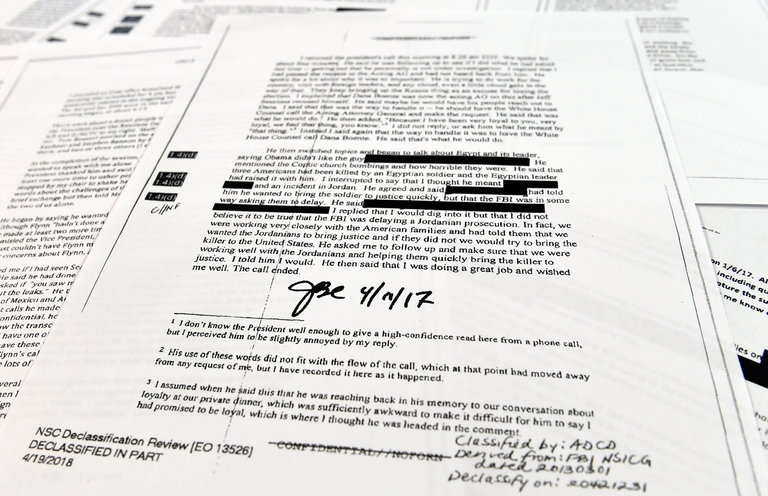 "The Dossier’s Allegations Were Corroborated Mr. Comey’s decision to brief Mr. Trump on the dossier was based, at least in part, on the fact that American intelligence agencies had corroborated parts of the dossier, according to the memos.

‘I explained that the analysts from all three agencies agreed it was relevant and that portions of the material were corroborated by other intelligence,’ Mr. Comey wrote in a memo in February 2017, describing how he responded to a question from Mr. Priebus about why he told the president-elected about the dossier.

Parts of the memo are redacted but appear to say that information in the dossier ‘was consistent with and corroborated by other intelligence, and that the incoming president needed to know the rest of it was out there.’"

(Via.)  6 Takeaways From the Comey Memos - The New York Times: