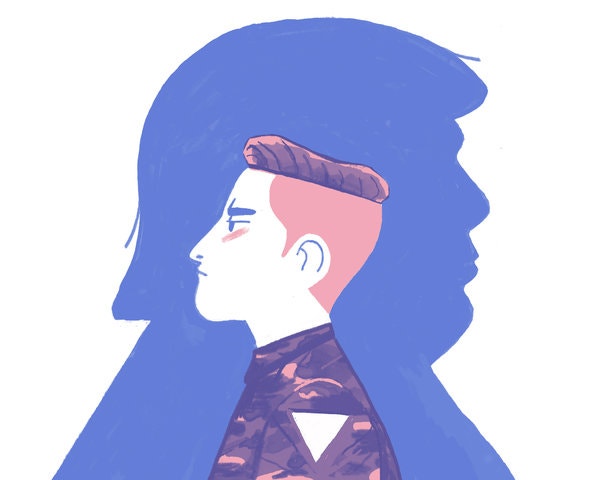 Since President Trump announced in March that the Pentagon would prohibit many transgender people from serving in the military, thousands of Americans have been in limbo, not knowing whether their careers were over or whether they would be barred from even joining the armed forces.

Federal courts have put a temporary hold on this directive, which bans “transgender persons who require or have undergone gender transition” unless the Pentagon grants them an exception. In the meantime, a growing body of research and expert opinion supports the only fair and just solution: Repudiating Mr. Trump’s cruel decision and giving transgender people the same right to serve their country in a military uniform as any other citizens.
In separate statements over the past month, the chiefs of the Army, Navy and Air Force; the commandant of the Marine Corps; and the incoming commandant of the Coast Guard, testified to Congress that transgender service members do not impair the cohesion of military units or discipline.

“We treat every one of those sailors regardless with dignity and respect that is warranted by wearing the uniform of the United States Navy,” Adm. John Richardson, the Navy chief, told the Senate Armed Services Committee. “By virtue of that approach, I’m not aware of any issues.”

A half-dozen former United States surgeons general have rebutted a flawed Pentagon report released in March that served as the intellectual and scientific basis for Mr. Trump’s policy. Their statement said that, in light of the new policy, they felt a need to “underscore that transgender troops are as medically fit as their non-transgender peers and that there is no medically valid reason, including a diagnosis of gender dysphoria, to exclude them from military service or to limit their access to medically necessary care.”

The new policy, which panders to right-wing zealots like Vice President Mike Pence and to regressive generals, overturned President Barack Obama’s 2016 decision to protect gender identity in the Pentagon’s equal opportunity policy.
Mr. Trump issued the new policy after Defense Secretary Jim Mattis advised him there were “substantial risks” about personnel who seek to change or who question their gender identity, which “could undermine readiness, disrupt unit cohesion, and impose an unreasonable burden on the military that is not conducive to military effectiveness and lethality.” It’s unclear whether Mr. Mattis, a retired Marine general, believes in banning transgender people or felt hemmed in after Mr. Trump decreed the ban in a series of tweets last July.

A 2016 RAND study had already concluded that letting transgender people serve would have “minimal impact” on Pentagon readiness and health care costs. Now, a new study by the Palm Center, which advocates for transgender rights, offers a point-by-point rebuttal of Mr. Mattis’s comments and the Pentagon report, arguing they mischaracterized research and made other unfounded assertions.

Contrary to Pentagon claims, the study says the Pentagon’s own data shows that transgender people are deployable and medically fit and that the new Trump policy would impose double standards on transgender service members by applying medical rules and expectations that don’t apply to others. One compelling statistic: Of the 994 service members diagnosed with gender dysphoria in 2016-2017, 393 were deployed to Iraq and Afghanistan and only one was unable to complete the deployment because of mental health reasons.

As for the Pentagon claim that health care for transgender troops would be unduly expensive, the Palm Center study says the total cost for transition-related health care in 2017 was $2.2 million, about $12.47 per transgender service member per month.

Despite the fact that the new policy has sent a crushing message to transgender troops who have chosen to serve their country, Gen. Joseph Dunford Jr., chairman of the Joint Chiefs of Staff, told the Senate Armed Services Committee last week he had not met with any transgender troops since the announcement to answer questions or listen to their concerns.
Demonstrating a surprising lack of confidence in his leading generals, Mr. Mattis told the committee that the service chiefs who testified that transgender recruits did not threaten the cohesion of military units might not know of problems because those issues don’t rise to their level.

Throughout history, the military has been an essential vehicle for driving inclusion, integration and acceptance in society — of African-Americans, women, gays and now transgender people. Rationale after rationale was offered for barring these groups. As each proved specious, opponents came up with others. Eventually they all failed, of course.

A small fraction of America’s active-duty troops, roughly 2,000 to 11,000 out of a military force of 1.3 million, identify as transgender. If the administration refuses to recognize the rights of this vulnerable population to help defend the country and be judged on the basis of ability rather than prejudice, then the courts must remedy that injustice.