Trump Isn’t Hitler. But the Lying … - The New York Times 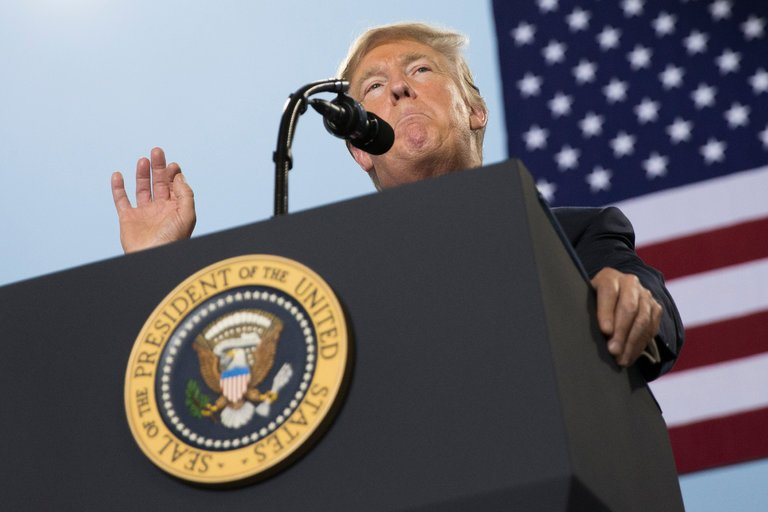 Charles's Blow's last question is also the one I have and I have my doubts.

"It is a commonly accepted rule among those who are in the business of argument, especially online, that he or she who invokes Adolf Hitler, either in oratory or essays, automatically forfeits the argument.

The reference is deemed far too extreme, too explosive, too far beyond rational correlation. No matter how bad a present-day politician, not one of them has charted or is charting a course to exterminate millions of innocent people as an act of ethnic cleansing.
Hitler stands alone in this regard, without rival, a warning to the world about how evil and lethal human beings can be, a warning that what he did can never be allowed again.

That said, there are strategies that Hitler used to secure power and rise — things that allowed his murderous reign — that can teach us about political theory and practice. And very reasonable and sage comparisons can be drawn between Hitler’s strategies and those of others.
One of those lessons is about how purposeful lying can be effectively used as propaganda. The forthcoming comparison isn’t to Hitler the murderer, but to Hitler the liar.

According to James Murphy’s translation of Hitler’s “Mein Kampf”:
“In the big lie there is always a certain force of credibility; because the broad masses of a nation are always more easily corrupted in the deeper strata of their emotional nature than consciously or voluntarily; and thus in the primitive simplicity of their minds they more readily fall victims to the big lie than the small lie, since they themselves often tell small lies in little matters but would be ashamed to resort to large-scale falsehoods.”
The text continues:

“It would never come into their heads to fabricate colossal untruths, and they would not believe that others could have the impudence to distort the truth so infamously. Even though the facts which prove this to be so may be brought clearly to their minds, they will still doubt and waver and will continue to think that there may be some other explanation. For the grossly impudent lie always leaves traces behind it, even after it has been nailed down, a fact which is known to all expert liars in this world and to all who conspire together in the art of lying.”
This demonstrates a precise understanding of human psychology, but also the dangerously manipulative nature that operates in the mind of a demon.
And yet, as many have noted, no person of sound reason or even cursory political awareness can read this and not be immediately struck by how similar this strategy of lying is to Donald Trump’s seeming strategy of lying: Tell a lie bigger than people think a lie can be, thereby forcing their brains to seek truth in it, or vest some faith in it, even after no proof can be found.

Trump is no Hitler, but the way he has manipulated the American people with outrageous lies, stacked one on top of the other, has an eerie historical resonance. Demagogy has a fixed design.

It should be mentioned that Vanity Fair reported in 1990 that Trump’s first wife, Ivana, “told her lawyer Michael Kennedy that from time to time her husband reads a book of Hitler’s collected speeches, ‘My New Order,’ which he keeps in a cabinet by his bed.” The magazine pointed out that “Hitler’s speeches, from his earliest days up through the Phony War of 1939, reveal his extraordinary ability as a master propagandist.” (At the time, Trump said, “If I had these speeches, and I am not saying that I do, I would never read them.”)
Trump has found a way to couch the lies so that people believe they don’t emanate from him but pass through him. He is not a producer but a projector.

One way he does this is by using caveats — “I was told,” “Lots of people are saying” — as shields.
Jenna Johnson of The Washington Post addressed this in June 2016, writing about Trump’s use of the phrase “a lot of people are saying”:
“Trump frequently couches his most controversial comments this way, which allows him to share a controversial idea, piece of tabloid gossip or conspiracy theory without technically embracing it. If the comment turns out to be popular, Trump will often drop the distancing qualifier — ‘people think’ or ‘some say.’ If the opposite happens, Trump can claim that he never said the thing he is accused of saying, equating it to retweeting someone else’s thoughts on Twitter.”

\
In August of 2016, Gregory Krieg and Jeff Simon came to a similar conclusion about Trump’s use of these phrases, pointing out on CNN:
“Trump has a habit of punctuating his more self-assured claims with the phrase ‘believe me.’ But when he wants space between himself and the words he is about to speak or tweet, he defers to other sources, relying on a rhetorical sleight.”
Just this week, Trump told the colossal lie that “President Obama and other presidents, most of them didn’t make calls” to the families of fallen soldiers.

When called out about this lie, he quickly retreated to one of his shield phrases: “That’s what I was told.”
He even projects his own ignorance onto others with his lies. As Steve Benen pointed out in July on MSNBC.com, Trump’s “awkward process of discovery has, however, produced a phrase of underappreciated beauty: ‘A lot of people don’t know that.’ These seven words are Trump’s way of saying, ‘I just learned something new, and I’m going to assume others are as ignorant as I am.’ ”
This is not a simple fear of the truth; it is a weaponizing of untruth. It is the use of the lie to assault and subdue. It is Trump doing to political ends what Hitler did to more brutal ends: using mass deception as masterful propaganda.

Maybe I have crossed the ink-stained line of the essay writer, where Hitler is always beyond it. But I don’t think so. Ignoring what one of history’s greatest examples of lying has to teach us about current examples of lying, particularly lying by the “president” of the most powerful country in the world, seems to me an act of timidity in a time of terror. It is an intentional self-blinding to avoid offending frail sensibilities.
I have neither time nor patience for such tiptoeing. I prefer the boot of truth to slam down to earth like thunder, no matter the shock of hearing its clap.
The world has seen powerful leaders use lying as a form of mass manipulation before. It is seeing it now, and it will no doubt see it again. History recycles. But the result doesn’t have to be — and hopefully never will be again — a holocaust. It can manifest as a multitude of other, lesser horrors, in both protocol and policy, including the corrosion and regression of country and culture.

That is the very real threat we are facing. Trump isn’t necessarily a direct threat to your life — unless of course you are being kept alive by health care that he keeps threatening, or if you’re in Puerto Rico reeling in the wake of two hurricanes — but he is very much a threat to your quality of life.
The only question is: Are enough Americans sufficiently discerning to understand that this time they are the ones being manipulated?