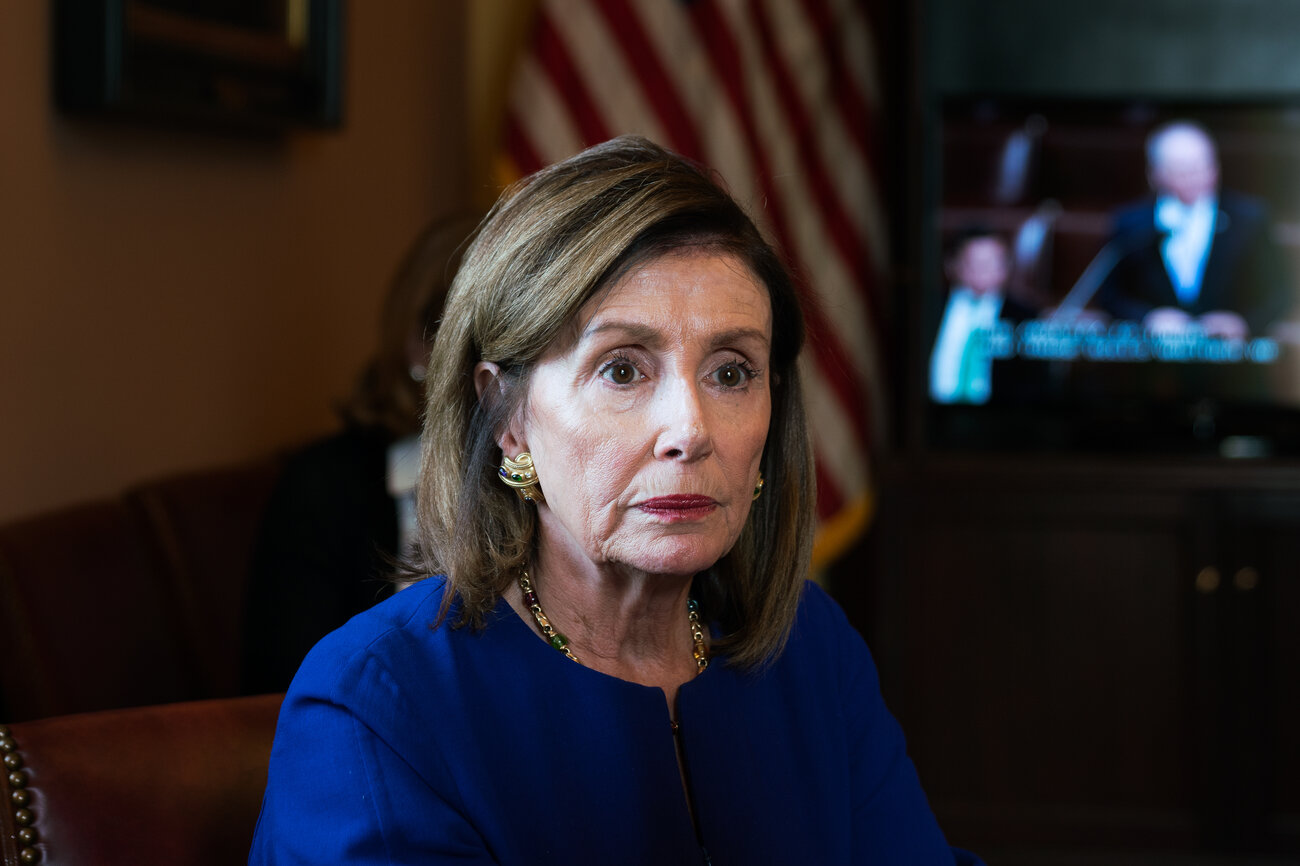 Pelosi is playing a nasty game with the American people. She is not as ignorant as she pretends to be. She is trying to placate the public knowing full well the law she is proposing is unconstitutional.
"In an exclusive interview with NPR, House Speaker Nancy Pelosi says she has not changed her mind on pursuing impeachment but is ready to change the law to restrain presidential power and make it clear that a sitting president can, in fact, be indicted.
"I do think that we will have to pass some laws that will have clarity for future presidents. [A] president should be indicted, if he's committed a wrongdoing — any president. There is nothing anyplace that says the president should not be indicted," Pelosi told All Things Considered host Ari Shapiro and NPR congressional correspondent Susan Davis on Friday. "That's something cooked up by the president's lawyers. That's what that is. But so that people will feel 'OK, well, if he — if he does something wrong, [he] should be able to be indicted.' "

The California Democrat said that while it is Justice Department protocol not to pursue any charges against an incumbent — the reason former special counsel Robert Mueller said he couldn't charge President Trump with a crime no matter the outcome of his report — that should be changed.
"The Founders could never suspect that a president would be so abusive of the Constitution of the United States, that the separation of powers would be irrelevant to him and that he would continue, any president would continue, to withhold facts from the Congress, which are part of the constitutional right of inquiry," Pelosi said.
The constitutional recourse for a lawbreaking president per the Constitution is impeachment. Article II, Section 4 instructs that the president "shall be removed from Office on Impeachment for, and Conviction of, Treason, Bribery, or other high Crimes and Misdemeanors."
But despite the growing chants among Democrats for an impeachment inquiry in the House, Pelosi has remained reluctant about recourse. She fears it could alienate swing voters ahead of next year's elections and imperil moderate Democrats who were critical to her party's taking back the House last November.
Pelosi did not shift her position on impeachment and said Congress would continue to follow "the facts and the law."
Speaker Nancy Pelosi On Indicting A Sitting President : NPR
Posted by John H Armwood II at 7:16 PM