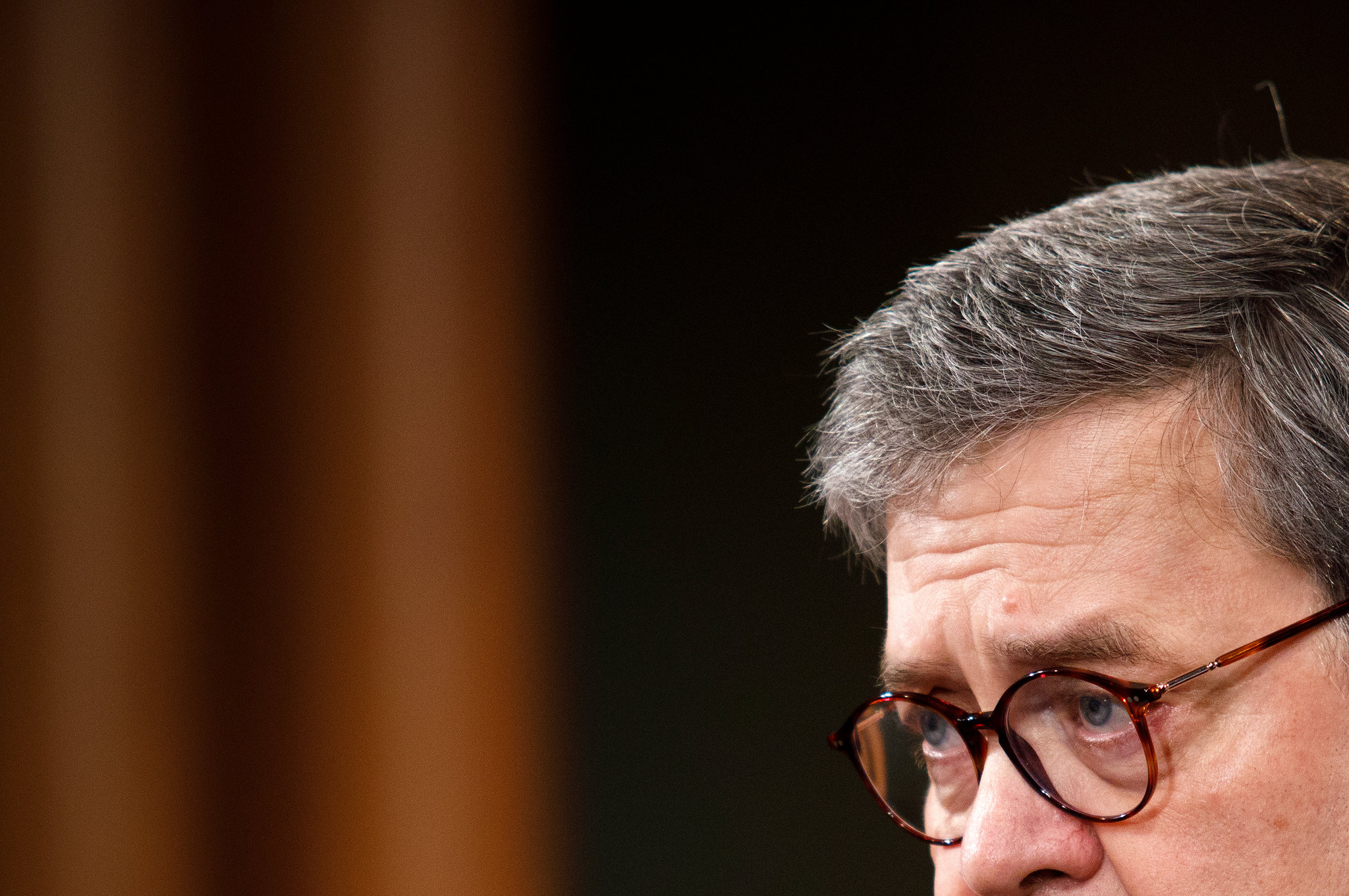 "By now you have probably read the opening of the whistle-blower complaint filed by a member of the intelligence community accusing Donald Trump of manipulating American foreign policy for political gain. But the whistle-blower’s stark, straightforward account of stupefying treachery deserves to be repeated as often as possible.

“In the course of my official duties, I have received information from multiple U.S. government officials that the president of the United States is using the power of his office to solicit interference from a foreign country in the 2020 U.S. election,” the whistle-blower wrote. “This interference includes, among other things, pressuring a foreign country to investigate one of the president’s main domestic political rivals. The president’s personal lawyer, Mr. Rudolph Giuliani, is a central figure in this effort. Attorney General Barr appears to be involved as well.”

Attorney General Barr appears to be involved as well. The whistle-blower’s complaint was deemed credible and urgent by Michael Atkinson, Trump’s own intelligence community inspector general, but Bill Barr’s Justice Department suppressed it. The Justice Department’s Office of Legal Counsel issued an opinion saying that the complaint needn’t be turned over to Congress, as the whistle-blower statute instructs. When Atkinson made a criminal referral to the Justice Department, it reportedly didn’t even open an investigation. And all the time, Barr was named in the complaint that his office was covering up.

In the Ukraine scandal, evidence of comprehensive corruption goes far beyond Trump. Former prosecutors have said that Rudy Giuliani, Trump’s personal attorney, may have been part of a criminal conspiracy when he pressed Ukrainian officials to open an investigation into Joe Biden and his son, Hunter. Vice President Mike Pence is also tied to the shakedown of Ukraine’s president, Volodymyr Zelensky, having met with him this month to talk about “corruption” and American financial aid. When this administration complains about Ukrainian “corruption,” it almost inevitably means a failure to corruptly pursue investigations that would bolster conspiracy theories benefiting Trump.

The whistle-blower wrote that White House officials moved a word-for-word transcript of Trump’s phone call with Zelensky from the computer system where such transcripts were typically kept into a separate system for the most highly classified information. “According to White House officials I spoke with, this was ‘not the first time’ under this administration that a presidential transcript was placed into this codeword-level system solely for the purpose of protecting politically sensitive — rather than national security sensitive — information,” the whistle-blower said.

According to Stephen Gillers, a professor of legal ethics at New York University School of Law, any lawyers involved in hiding these transcripts might have done something illegal. “The rule is it is both unethical and a crime for a lawyer to participate in altering, destroying or concealing a document, and here the allegation is that the word-for-word transcript was moved from the place where people ordinarily would think to look for it, to a place where it would not likely be found,” said Gillers. “That’s concealing.”

Then there’s Barr’s personal involvement in the Ukraine plot. In the reconstruction of Trump’s call with Zelensky that was released by the White House, Trump repeatedly said that he wanted Ukraine’s government to work with Barr on investigating the Bidens. Barr’s office insists that the president hasn’t spoken to Barr about the subject, but given the attorney general’s record of flagrant dishonesty — including his attempts to mislead the public about the contents of the Mueller report — there’s no reason to believe him. Besides, said Representative Jamie Raskin, a former constitutional law professor who now sits on the House Judiciary Committee, “the effort to suppress the existence of the phone conversation itself is an obvious obstruction of justice.”

But Barr’s refusal to recuse creates a sort of legal cul-de-sac. It’s only the Justice Department, ultimately, that can prosecute potential federal crimes arising from this scandal. Barr’s ethical nihilism, his utter indifference to ordinary norms of professional behavior, means that he’s retaining the authority to stop investigations into crimes he may have participated in.

“The administration of justice is cornered because the ultimate executive authority for that government role includes the people whose behavior is suspect,” said Gillers.

That makes the impeachment proceedings in the House, where Barr will likely be called as a witness, the last defense against complete administration lawlessness. “Just as the president is not above the law, the attorney general is not above the law,” said Raskin. “The president’s betrayal of his oath of office and the Constitution is the primary offense here, and we need to stay focused on that, but the attorney general’s prostitution of the Department of Justice for the president’s political agenda has been necessary to the president’s schemes and he will face his own reckoning.”

I hope Raskin is right. But until that day comes, people who care about the rule of law in this country should be screaming for Barr’s recusal, even if he won’t listen. He is now wrapped up in one of the gravest scandals in American political history. Can America’s chief law enforcement officer really be allowed to decide whether to criminally investigate misdeeds he might have helped to commit or to conceal? The answer will tell us just how crooked the justice system under Trump has become."

Opinion | Just How Corrupt Is Bill Barr? - The New York Times
Posted by John H Armwood II at 5:36 AM