Trump Mocks Mika Brzezinski; Says She Was ‘Bleeding Badly From a Face-Lift’ - The New York Times - Trump's misogyny reflects the attitudes of far to many of his supporters. How else can you explain people who voted for a man who bragged about committing sexual battery upon numerous woman. 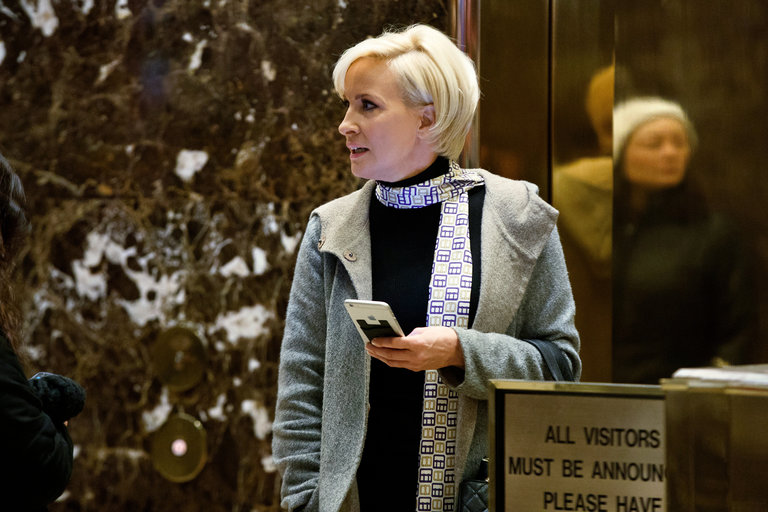 "WASHINGTON — President Trump lashed out Thursday at the appearance and intellect of Mika Brzezinski, a co-host of MSNBC’s “Morning Joe,” drawing condemnation from his fellow Republicans and reigniting the controversy over his attitudes toward women that nearly derailed his candidacy last year.

Mr. Trump’s invective threatened to further erode his support from Republican women and independents, both among voters and on Capitol Hill, where he needs negotiating leverage for the stalled Senate health care bill.

The president described Ms. Brzezinski as “low I.Q. Crazy Mika” and claimed in a series of Twitter posts that she had been “bleeding badly from a face-lift” during a social gathering at Mr. Trump’s resort in Florida around New Year’s Eve. The White House did not explain what had prompted the outburst, but a spokeswoman said Ms. Brzezinski deserved a rebuke because of her show’s harsh stance on Mr. Trump.

The tweets ended five months of relative silence from the president on the volatile subject of gender, reintroducing a political vulnerability: his history of demeaning women for their age, appearance and mental capacity.

Trump Mocks Mika Brzezinski; Says She Was ‘Bleeding Badly From a Face-Lift’ - The New York Times: ""