As Taliban Capture Cities, U.S. Says Afghan Forces Must Fend for Themselves The muted American response to the Taliban siege shows in no uncertain terms that the U.S. war in Afghanistan is over.

As Taliban Capture Cities, U.S. Says Afghan Forces Must Fend for Themselves

“The muted American response to the Taliban siege shows in no uncertain terms that the U.S. war in Afghanistan is over.

“WASHINGTON — If the Taliban had seized three provincial capitals in northern Afghanistan a year ago, like they did on Sunday, the American response would most likely have been ferocious. Fighter jets and helicopter gunships would have responded in force, beating back the Islamist group or, at the very least, stalling its advance.

But these are different times. What aircraft the U.S. military could muster from hundreds of miles away struck a cache of weapons far from Kunduz, Taliqan or Sar-i-Pul, the cities that already had been all but lost to the Taliban. 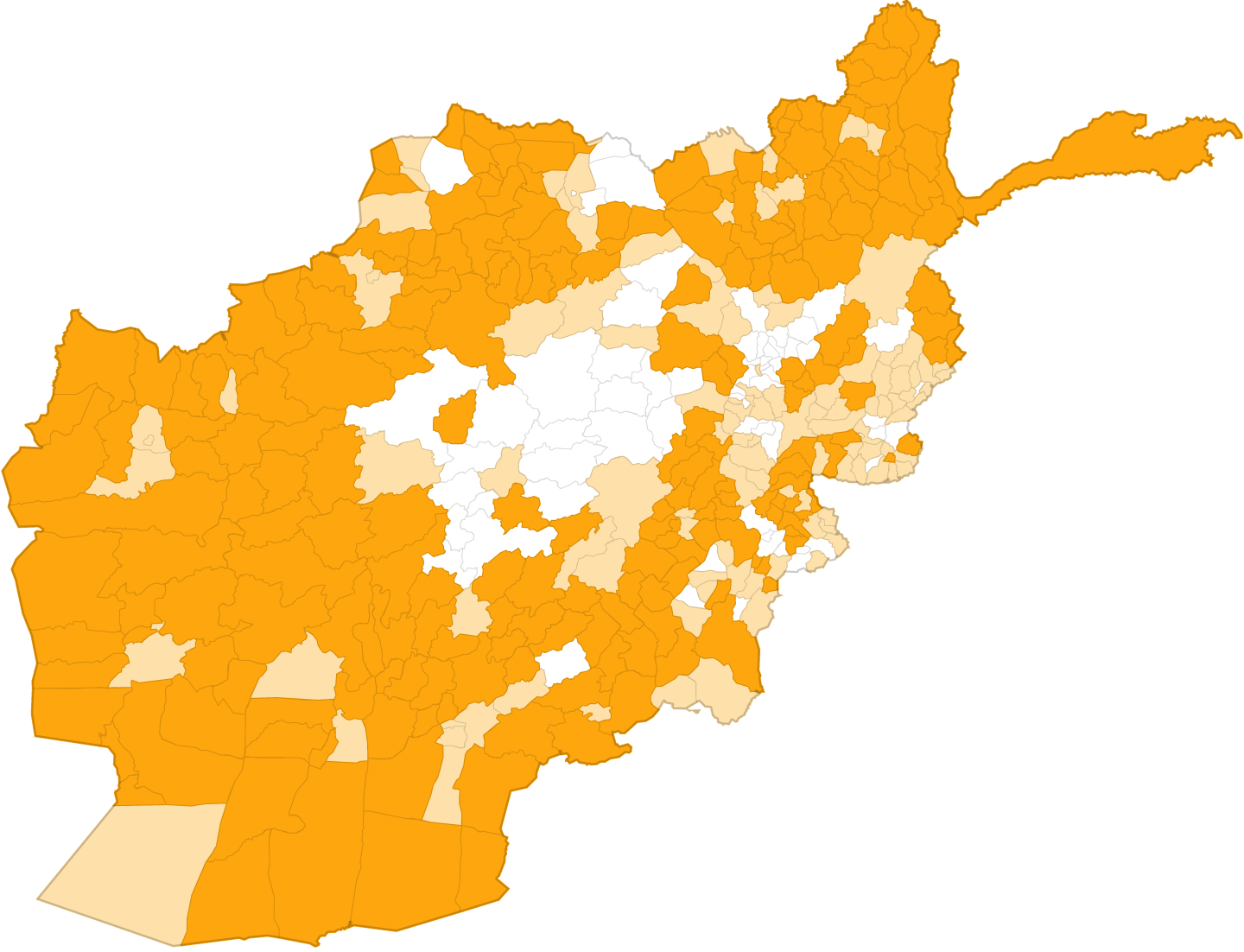 The muted American response on Sunday showed in no uncertain terms that America’s 20-year war in Afghanistan is over. The mismanaged and exhausted Afghan forces will have to retake the cities on their own, or leave them to the Taliban for good.

The recent string of Taliban military victories has not moved President Biden to reassess his decision to end the U.S. combat mission by the end of the month, senior administration officials said Sunday. But the violence shows just how difficult it will be for Mr. Biden to extract America from the war while insisting that he is not abandoning the country in the middle of a brutal Taliban offensive.

In a speech defending the U.S. withdrawal last month, Mr. Biden said the United States had done more than enough to empower the Afghan police and military to secure the future of their people. U.S. officials have acknowledged that those forces will struggle, but argue they must now fend for themselves.

So far, the administration’s sink-or-swim strategy has not shown promising results.

Over the past week, Taliban fighters have moved swiftly to retake cities around Afghanistan, assassinated government officials, and killed civilians in the process. Throughout this, American officials have publicly held out hope that Afghan forces have the resources and ability to fight back, while at the same time negotiating a peace deal with the Taliban that seems more unlikely by the day.

Leon E. Panetta, who served as defense secretary under President Barack Obama, said he had expected to see more U.S. air support on Sunday, but he did not expect the situation would improve markedly even with the help of American forces.

“Let’s face it,” Mr. Panetta said. “The most you can hope for now is some kind of stalemate” between Afghan forces and Taliban fighters, who have demonstrated little interest in reaching an accord since the American troop withdrawal was announced.

At the Pentagon, where senior leaders have reluctantly cut off most military support to Afghanistan, officials were on phone calls Sunday about the unfolding events around Kunduz, a city of more than 350,000 people. The United States has twice in the past intervened to retake Kunduz from the Taliban.

But defense officials said there were no plans to take action this time beyond limited airstrikes. Over the past three weeks, the United States has used armed Reaper drones and AC-130 aerial gunships to target Taliban equipment, including heavy artillery, that threaten population centers, foreign embassies and Afghan government buildings, officials said.

One official acknowledged that with only 650 American troops remaining on the ground in Afghanistan, a concerted air campaign was unlikely to undo the advances the Taliban had made.

Although the American military mission will formally conclude at the end of this month, American troops and their Western allies are mostly gone already. The U.S. handed over Bagram Air Base — once the military’s nerve center — to the Afghans last month, effectively ending major U.S. military operations.

Sign Up for On Politics With Lisa Lerer  A spotlight on the people reshaping our politics. A conversation with voters across the country. And a guiding hand through the endless news cycle, telling you what you really need to know. .

Now, air support for the Afghan forces and overhead surveillance arrives from outside the country, from bases in Qatar or the United Arab Emirates, or from an aircraft carrier in the Arabian Sea.

Wesley Clark, the former top NATO general under President Bill Clinton, called the weekend’s events “a tragedy for the people of Afghanistan, and a consequence of American misjudgments and failures.”

Civilian casualties have skyrocketed. Nearly 2,400 civilians have been killed or injured between May 1 and June 30, according to a United Nations report released last month, the highest number recorded for that period since monitoring began in 2009.

When asked about the Taliban’s advances on Friday, Jen Psaki, the White House press secretary, told reporters that Mr. Biden had long been prepared to make “difficult choices” as part of his commitment to disengaging from Afghanistan.

“The president made clear: After 20 years at war, it’s time for American troops to come home,” Ms. Psaki said. “He also feels and has stated that the Afghan government and the Afghan National Defense Forces have the training, equipment and numbers to prevail, and now is the moment for the leadership and the will in the face of the Taliban’s aggression and violence.”

Ms. Psaki’s comments echoed a prevailing view among the progressive national security wing of Mr. Biden’s party that Afghan troops would fight back if given no other option.

“Like in Iraq, at a certain point the training wheels have to come off,” said Jon Soltz, an Iraq war veteran and the chairman of the progressive veterans group VoteVets. “That’s when the Iraqi Army stepped up, and it will be when the Afghan Army does.”

“They may have their backs against the wall as things move closer to Kabul, but that’s precisely when they’ll fight the hardest and hold the line,” said Mr. Soltz, who helped to train the Iraqi army. “We have done all we can to prepare them for this moment.”

So far, no senior Pentagon official has expressed exasperation publicly with Mr. Biden over the Taliban surge, which Defense Secretary Lloyd J. Austin III predicted this past spring, when he and Gen. Mark A. Milley, the chairman of the Joint Chiefs of Staff, both counseled Mr. Biden against the complete withdrawal of American troops.

“We’ve seen this movie before,” Mr. Austin told his boss, in a reference to the Obama-era withdrawal from Iraq, which was followed by the rise of the Islamic State. The United States ended up returning to Iraq and launching five years of airstrikes in Iraq and Syria to help Iraqi security forces beat back that insurgent group.

Mr. Biden has argued for pulling out of Afghanistan for years. In 2009, while serving as vice president, he argued for a minimal force, only to be overruled as Mr. Obama ordered a surge of forces, then a rapid drawdown.

But a dozen years later, as president, he made the decision to withdraw, one of the most significant decisions of his presidency so far. And despite the likelihood that the White House will confront terrible images of human suffering and loss in the coming weeks and months, Mr. Biden has vowed to press ahead regardless of the conditions on the ground.

Polls show that large numbers of Americans in both parties support leaving Afghanistan.

Mr. Biden, declaring that the United States had long ago accomplished its mission of denying terrorists a haven in Afghanistan, said in April that all American troops would leave the country by Sept. 11. That date has since been moved up to Aug. 31, giving the Pentagon — and Afghan forces — just over a month to slow the Taliban surge.

Administration and military officials have voiced conflicting views on whether the United States will continue airstrikes after Aug. 31 to prevent Afghan cities and the Afghan government, led by President Ashraf Ghani, from falling. But even if the airstrikes continue, they can only do so much; the bulk of the effort will have to come from Afghan forces on the ground.

In any event, Kunduz was never going to be the Afghan city that might prompt Mr. Biden to rethink his strategy, two U.S. officials said on Sunday on condition of anonymity.

His hand might be forced if Taliban forces are on the verge of overrunning Kandahar, Afghanistan’s second-largest city, or even Kabul, where the United States maintains an embassy with some 4,000 people.