(CNN) — Justices Clarence Thomas and Neil Gorsuch on Friday said the Supreme Court should revisit the breadth of the landmark First Amendment decision in New York Times v. Sullivan and explore how it applies to social media and technology companies.

That 1964 ruling created a higher bar for public figures to claim libel and has been a bedrock of US media law, but the two conservative justices said it's time to take another look.

"Since 1964," Gorsuch wrote Friday, "our Nation's media landscape has shifted in ways few could have forseen."

He added that "thanks to the revolutions in technology, today virtually anyone in this county can publish virtually anything for immediate consumption virtually anywhere in the world."

Gorsuch and Thomas wrote as they dissented when the court declined to take up a case from the son of a former prime minister of Albania who claimed several statements were defamatory in a book that was later turned into the Hollywood film, "War Dogs." 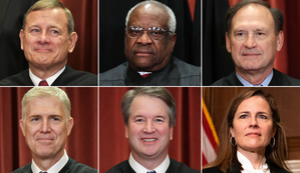 Friday was the first time Gorsuch, a nominee of President Donald Trump, joined Thomas' consistent calls to look at the historic ruling.

"Not only has the doctrine evolved into a subsidy for published falsehoods on a scale no one could have foreseen, it has come to leave far more people without redress than anyone could have predicted," Gorsuch said.

He added that previous tests courts have used "seem increasingly malleable and even archaic when almost anyone can attract some degree of public notoriety in some media segment."

"Sullivan provides crucial protection of the independence of news outlets, whose reporting might otherwise be chilled, even for accurate stories, if it were easier to sue them for defamation," Vladeck said. "The more justices who look poised to potentially revisit that precedent in the coming years, the more alarming Justice Thomas's previously idiosyncratic critiques become."

RELATED: Clarence Thomas awaits his chance to drive the conservative majority on abortion and guns

Thomas said that the court's earlier pronouncements that the First Amendment "required public figures to establish actual malice bears no relation to the text, history or structure of the Constitution."

"The proliferation of falsehoods is, and always has been, a serious matter. Instead of continuing to insulate those who perpetrate lies from traditional remedies like libel suits, we should give them only the protection the First Amendment requires," he wrote. 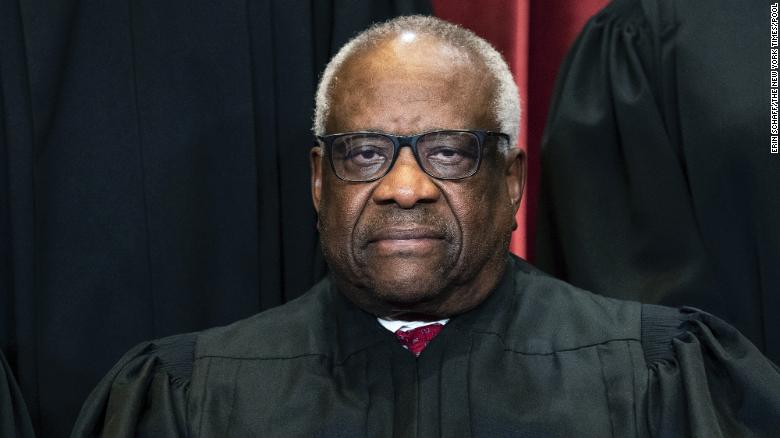 Thomas often plants seeds on issues he thinks should attract more attention from his colleagues.

In 2019 he, alone, urged the court to take another look at New York Times v. Sullivan calling it a policy-driven decision "masquerading as constitutional law." He has also suggested that Congress should consider whether laws should be updated to regulate social media platforms that he said have come to have "unbridled control" over speech.

The case the court rejected Friday was brought by Shkelzen Berisha, a resident of Albania and son of a former prime minister. He sought to challenge several statements that he said are defamatory in a book called "Arms and the Dudes: How Three Stoners from Miami Beach Became the Most Unlikely Gunrunners in History." It was later turned into the Hollywood feature film "War Dogs" starring Jonah Hill and Miles Teller.

The book says that Berisha met with "dudes" in Albania to arrange the delivery and repackaging of munitions.

In court papers, a lawyer for Berisha argues that the " petition presents an important constitutional question: should the First Amendment continue to shield from liability publishers of false defamatory statements merely because the subject of these statements is deemed a 'public figure' and cannot show that they were made with actual malice."

Lawyers for the authors and their publishers say that Berisha has "100% name recognition" in his country. 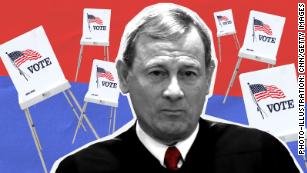 "In 2008, it was widely reported that he was part of an arms dealing cabal within the Albanian government involving state-owned weapons" they said and added that the "same cabal reportedly defrauded the U.S. government by setting up a kickback scheme through which Petitioner and others profited from the sale of Albanian ammunition stockpiles needed to equip the Afghan security forces."

They said that there is "no question" that Berisha is a public figure under current law and that he cannot establish actual malice "because the book's reporting was informed by voluminous news reports" about his "corrupt activities."

A district court ruled against Berisha holding that he is a "limited public figure" and that he had to demonstrate actual malice to prevail in his claim.