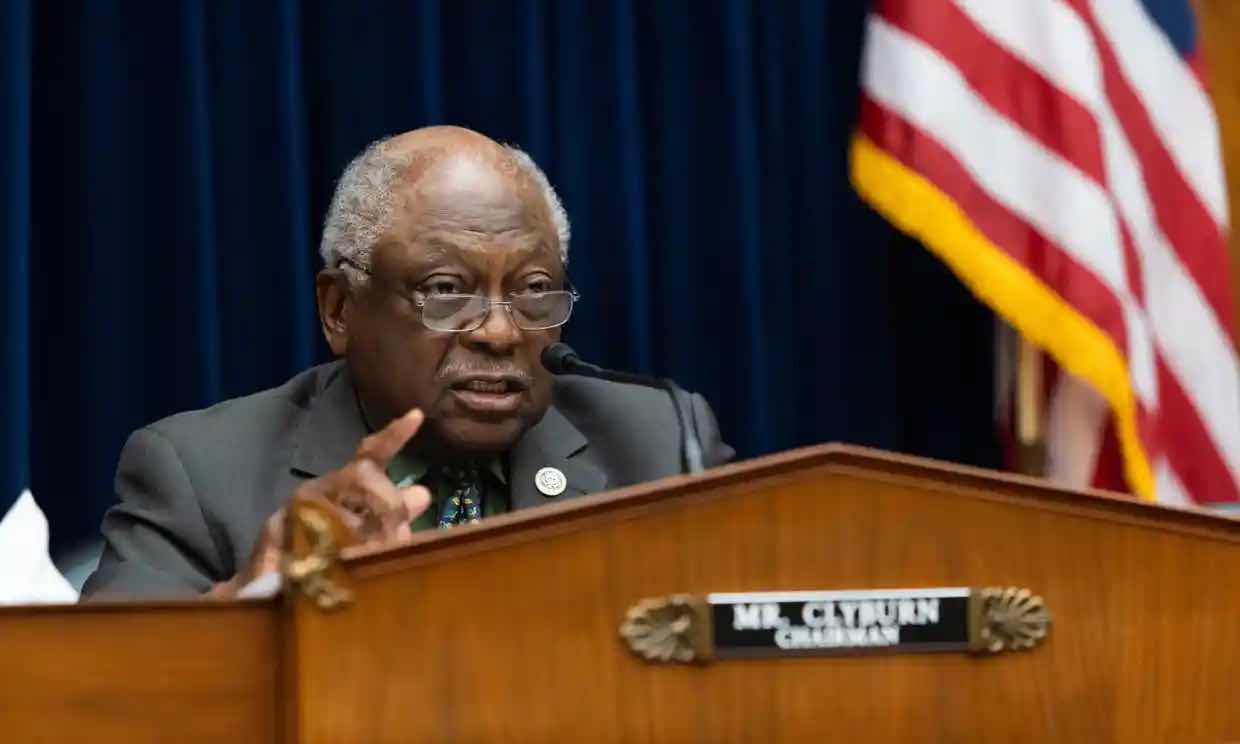 Top Democrats in the House are spearheading a new effort to convince the Senate to carve out a historic exception to the filibuster that would allow them to push through their marquee voting rights and election reform legislation over unanimous Republican opposition.

The sweeping measure to expand voting rights known as S1 fell victim to a Republican filibuster last month after Senate minority leader Mitch McConnell and his leadership team unified the conference to sink the bill in a party-line vote.

Now, furious at Republicans for weaponizing the filibuster against Joe Biden’s legislative agenda, House majority whip James Clyburn is pushing Senate Democrats to end its use for constitutional measures, according to sources familiar with the matter.

The rare and forceful effort from a member of the House leadership to pressure changes in the Senate underscores the alarm among Democrats that the filibuster may be an insurmountable obstacle as they race to overturn a wave of Republican ballot restrictions.

Ending the use of the filibuster for constitutional measures – and lowering the threshold to pass legislation to a simple majority in the 50-50 Senate – is significant as it would almost certainly pave the way for Democrats to expand voting across the US.

The voting rights and election reform legislation remains of singular importance to Democrats as they seek to counter new voter restrictions in Republican-led states introduced in response to Trump’s lies about a stolen 2020 presidential election.

Clyburn’s proposal to change Senate rules is intended to be limited. It would not eliminate the filibuster entirely, and would allow senators in the minority party to continue to deploy the procedural tactic on other types of legislation.

The problem, as Democrats see it, is that Republicans in recent years have all but rewritten Senate rules to force supermajorities even for bills that carry bipartisan support. Filibustering bills, once extremely rare, has now become routine.

The proposal to create an exception to the filibuster for constitutional measures mirrors the exception Democrats carved out for judicial nominations in 2013, after Republicans blocked former President Obama’s picks for cabinet posts and the federal judiciary.

Clyburn’s proposal is particularly notable, the sources said, since it is broadly supported by the rest of the House Democratic leadership and is considered by House Speaker Nancy Pelosi to be the only way to break the logjam in the Senate.

The effort to create exceptions to the filibuster is being led by Clyburn in large part because of the influence he carries with the White House and the affinity he enjoys with Biden on a personal level, the sources said. Clyburn, a South Carolina congressman, was influential in securing his state for Biden in the 2020 race for the Democratic nomination – something that rescued Biden’s campaign from disaster.

When Biden endorsed partial reforms to the filibuster in March, the prospect of Democrats taking action to defang the minority party’s ability to stall legislation, shifted almost overnight from a theoretical question to a possible reality on Capitol Hill.

The details of what Biden endorsed was far less important than the fact he backed reform at all, and Clyburn, encouraged by that reception, has spoken to White House counsellor Steve Ricchetti and Vice President Harris to back his proposal, the sources said.

McConnell, the top Republican in the Senate, told the Guardian on Monday he was deeply unimpressed by Clyburn’s maneuvers. “If it’s not broken, it doesn’t need fixing,” McConnell said of the filibuster, adding he would “absolutely” oppose any changes.

Clyburn’s outreach to top Senate Democrats and the Biden administration comes after Senate majority leader Chuck Schumer brought the issue of filibuster reform to the forefront by forcing votes last month on some of Biden’s most high-profile measures.

The idea was to show to moderate Democrats opposed to filibuster reform – most notably Joe Manchin and Kyrsten Sinema – that Republicans under McConnell will sink any Democratic policy proposals in an attempt to obstruct the administration.

Schumer is still strategizing over how to advance S1 after vowing to reintroduce the bill following its defeat, according to a source familiar with his thinking. “In the fight for voting rights, this vote was the starting gun, not the finish line,” Schumer said.

But carving out an exception to the filibuster for constitutional measures such as voting rights legislation, first floated by the number three Senate Democrat Patty Murray, appears to be the primary option despite resistance from the likes of Manchin and Sinema.

Democrats open to making the change have previously indicated that their argument that the minority party should not have the power to repeatedly block legislation with widespread support resonates with the wider American public.

They have also suggested that only partially ending its use could have fewer consequences for them should their political fortunes reverse as soon as after the 2022 midterms and they are thrust into the minority, trying to block Republican legislation.

“The people did not give Democrats the House, Senate and White House to compromise with insurrectionists,” House Democrat Ayanna Pressley wrote on Twitter after Republicans blocked S1, illustrating the sentiment. “Abolish the filibuster so we can do the people’s work.”