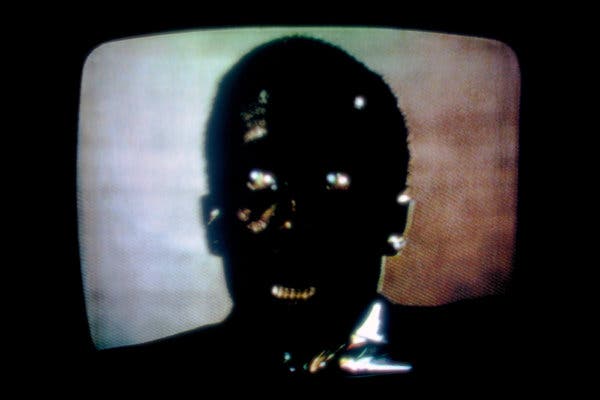 To understand this degrading practice, we must examine the white face that refuses to see itself in its own monstrous creations.

Mr. Yancy is a philosophy professor and author.

In his memoir “Black Boy,” Richard Wright expresses his dismay that white America would continue to fail to understand what it means to be black in America because it “will take a bigger and tougher America than any we have yet known.” I, along with many others, share Wright’s dismay. We have not seen much evidence of that bigger and tougher America when it comes to seriously and collectively interrogating white racism in this country.

The recent scandals over prominent whites donning blackface provided a reminder of this failure. Gov. Ralph Northam of Virginia apologized for appearing in a photo in his 1984 medical school yearbook of two students, one in blackface and one wearing Ku Klux Klan “regalia,” and admitted to darkening his face to look like Michael Jackson when he went to a dance party. Similarly, Florida State Representative Anthony Sabatini, while a sophomore in high school, donned blackface, replete with a do-rag, gold chains, sunglasses and a New York Yankees cap. As of this writing, both Sabatini and Northam have refused to resign from their political offices.

After these incidents became public, I saw and heard white pundits and commentators condemn these individual cases and persons. This is certainly reasonable. There isn’t much dispute over the racist history and nature of blackface. Condemnation is a sign of greater awareness about this hurtful, racist practice, but it is also a way of distancing: By attributing blackface to a few “bad apples,” they fail to treat this as a teachable moment about the deeply ingrained nature of white American racism. They also ignore the degree to which blackface is actually little more than a perverse expression of whiteness.

To face blackface, as it were, head-on, we must address the structure of whiteness that drives it. Blackface is a performance historically grounded in white supremacy and as such, an act of epistemological and ontological terror. In other words, blackface is a form of “white knowing” (in reality, of white unknowing), of white projection, and of stipulating through performance of what it means to be black by way of lies about what it means to be white. Hence, to understand blackface, we must return to the white face that refuses to see itself in its own monstrous creations.

Understanding blackface in this way can be an important step toward starving whiteness of its need for the “other,” its need to be what it is not, its need to masquerade, its need to project — or in its root meaning, to “throw forth” — its lies onto the black body and to pretend as if the black body has always been the site of those projections.

Blackface also echoes the pain and suffering felt by black people whose bodies and identities underwent transmogrification, where they were rendered grotesque and bizarre, defined by ugly white myths. White American blackface was a grotesque extension of minstrelsy from the Middle Ages, where servant-performers, as Anthony Appiah and Henry Louis Gates state, “entertained their patrons by playing music, singing, telling stories, juggling, or performing comic antics and buffoonery.”

Within the white American antebellum context and after, anti-blackness was at the very heart of white blackface minstrelsy. The black body functioned as the repulsive and revolting object of white disgust, with whites “throwing forth” their hatred and lies onto what they themselves had created. White American blackface performers engaged in exaggerated and distorted gestures, warped dialect and racist clowning, all creations of the white American imaginary. As white performers blackened their faces with burnt cork, re-presented the black body in caricatured, silly, ersatz, inferior, horrible, and damnable ways, they were able to mark black bodies publicly as appallingly stupid and subhuman.

Within this racist construction, though, white bodies remained “normative,” “intelligent,” “civil,” “nonthreatening,” engaging in “mere entertainment” and they implicitly and explicitly reinforced deeply problematic and false “racial differences” between black and white bodies. As the scholar Ronald L. Jackson argues, “The darkened face, created from the moistened debris of burnt and crushed champagne corks, insolently signified that Whites did not want to see Blacks for who they really were culturally, but, instead, … an iconographic image, a scripted racial body inscribed with meanings and messages Whites enjoyed seeing, ones that were self-affirming and insular.”

On this score, American whiteness embodied and embodies an epistemological and ontological divide that it takes as “normative,” as “common sense.” And it tells a self-redeeming and self-congratulatory history that is itself indicative of white power and privilege.

As the feminist and white anti-racist activist Peggy McIntosh writes, “When I am told about national heritage or about ‘civilization,’ I am shown that people of my [white] race made it what it is.” At the base of this narrative history are lies and distortions; indeed, more broadly, there is an entire underside of white modernity that consists of enslaved and dehumanized black bodies and often forgotten indigenous bodies across the Americas that were brutally slaughtered and decimated. To use the poet and theorist Vincent Woodard’s terms, blackface in particular can be described as an expression of “consumption rituals” and “consumption practices.” In short, the black body and bodies of color are the subject of white consumption.

To conjure the performance of blackface, whites had to engage in a magical trick that involved profound self-deception. White theatrical spaces of blackface performance were forged to confirm the “truth” that white gazes beheld. White people gathered within such spaces to have their worldview proven beyond a doubt. White audiences, through their attendance and their laughter, helped to “validate” the white racist distortions as true. They laughed at those who were deemed fundamentally different from themselves, and that laugher helped to sustain the illusions they had projected, their creations, their myths, authored by an arrogant white race who dared to assume they knew black people better than black people knew themselves.

Imagine whites in blackface on the stage: The actor “throws forth” all of the lies and distortions onto the black body. Here is where the combined performance displays a kind of consumptive process. The whites in the audience embrace and internalize the projections. They accept the putrid lies — the happy “darky,” the black “idiot,” the inferior “nigger”— that fill them with self-certainty about their “superior” status. They deny that they have created these lies and that denial sustains their white “purity” and “innocence.”

Black people are not the horrible and derogatory racist myths that so many white people have depicted, whether through blackface or other white American pastimes. I know who I am. Blackface tells me absolutely nothing about myself, but it does tell me about whiteness, and its grotesque projections. But what if blackface reveals something far too weighty and threatening for white America, something that would require a bigger and tougher America to confront? What if blackface is clear evidence of the emptiness of whiteness, the hollowness of its being as an identity marker?

Blackface is not a black problem. It is a white one, and fixing it is the job of white America. In her book “Dismantling Privilege: An Ethics of Accountability,” the religion scholar Mary Elizabeth Hobgood writes, “For whites to construct an identity outside the racist construct, we would need to give up our socially constructed white selves and embrace the rejected parts of our humanity that requires scapegoats.”

I couldn’t agree more. Blackface is the white man’s burden, not ours.

George Yancy is professor of philosophy at Emory University. His latest book is “Backlash: What Happens When We Talk Honestly About Racism in America.”