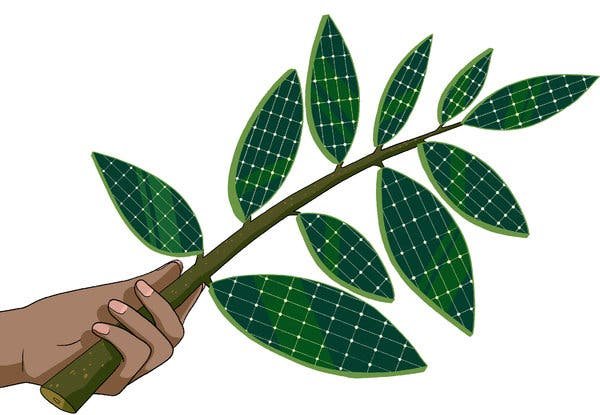 "The ambitious plan has had a rocky start, but it has also changed the national conversation. That alone is reason to applaud it.

It’s hard to believe, but worth recalling, that during the presidential debates in 2016, not a single question about climate change was put to Hillary Clinton or Donald Trump. That, of course, was before a plague of hurricanes, droughts and savage forest fires in California and around the world captured the public’s attention; before Mr. Trump brought renewed focus to the very issue he had dismissed as a hoax by fecklessly rolling back nearly every positive policy thing President Barack Obama had done to address it; before a series of frightening scientific reports appeared last year, warning that the window of opportunity to ward off the worst consequences of a warming globe was quickly closing.

It was also long before anyone had seen a nonbinding congressional resolution calling for something called the Green New Deal, an ambitious plan to tackle climate change (and a lot else, too) that earlier this month burst like a shooting star upon the Washington political and legislative scene. The resolution — introduced by Ed Markey, a Democratic senator from Massachusetts, and Alexandria Ocasio-Cortez, a newly elected Democratic representative whose district covers parts of the Bronx and Queens — calls for a “10-year national mobilization” through giant investments in infrastructure and carbon-free energy. It has since won the full or partial allegiance of a half-dozen Democratic presidential hopefuls who pray that town hall participants or debate moderators will ask them what they think about global warming. Which in turn means that, whatever becomes of the plan, it will have moved climate change — a serious issue that has had serious trouble gaining traction — to a commanding position in the national conversation. That alone is reason to applaud it.

In name and concept, the plan is not new. The term Green New Deal appeared in a column in The Times by Thomas Friedman in January 2007, in which he called for a vast public and private investment program that would throw everything under the sun (including, actually, the sun itself) — wind, solar, nuclear power, energy efficiency, advanced research, tax incentives and a price on carbon — into a massive effort to build a more climate-friendly energy system while also revitalizing the American economy.

This is essentially what the Mr. Markey and Ms. Ocasio-Cortez had in mind when they rolled out their resolution on Feb. 7. Unfortunately, that rollout was anything but smooth, due largely to the bungling of Ms. Ocasio-Cortez’s staff, which posted on her website a set of pugnacious and poorly written talking points (later disavowed) that scared even moderate Democrats. Apart from bold if probably unattainable objectives (a total transformation to renewable energy in 10 years), the talking points dismissed as unacceptable three strategies that many experts say are necessary to any solution: nuclear power, technology that allows fossil fuel plants to capture and store their own emissions, and market-based solutions like a carbon tax or the kind of cap and trade bill that Mr. Markey worked valiantly and unsuccessfully to get Congress to approve 10 years ago. The talking points made other dubious promises, including jobs even for Americans “unwilling” to work. The immediate result of this amateurish mess was to hand Mr. Trump and other climate deniers irresistible political talking points.

The actual resolution seems more measured. It speaks only of a 10-year mobilization effort to reduce carbon emissions, without giving an explicit deadline, and it is silent as to particular strategies, leaving nuclear, carbon capture and price signals very much on the table. It does not mention costs. Some experts believe that fully remaking the energy delivery system could run into the trillions of dollars; proponents argue that spending trillions now could save much more in damages later.

The idea of decarbonizing the economy is ambitious, commendable and urgent. In early January, for instance, came three hugely dispiriting reports. The Rhodium Group, a research firm, estimated that America’s carbon dioxide emissions, after a period of decline, had risen by 3.4 percent in 2018, even as a near-record number of coal plants around the country were retired. The main culprits were economic growth and rising emissions from factories, putting America’s vow to cut greenhouse gas emissions 26 to 28 percent below 2005 levels by 2025 further out of reach, absent bold new policies or technological breakthroughs.

This bad news was followed by a study in Science finding that the oceans are warming at an alarming pace, 40 to 50 percent faster than the United Nations had estimated, putting corals and fisheries at even greater risk. If that were not enough, the Proceedings of the National Academy of Sciences followed with a study predicting faster melting of Antarctica’s huge ice reserves.

These are not good signs, but Mr. Markey, ever the optimist, thinks there is no better time to put forth aggressive ambitions and solutions. Obviously, nothing will happen legislatively as long as the Republicans control the Senate and Mr. Trump sits in the White House. But the stars are aligned, Mr. Markey thinks, for a robust debate about a climate strategy that his party can take to the voters in 2020. The steady drumbeat of alarming reports, plus one climate-related multibillion dollar disaster after another, has raised public consciousness, which in turn increases public pressure on Congress to do something. In an exchange that went viral on Friday, a group of children pressed Democractic Senator Dianne Feinstein over her refusal to support the plan. “We’re the ones who are going to be impacted,” one of the children lamented.

Meanwhile, technological progress toward clean-energy solutions has been nothing short of remarkable, giving the lie to the old denier argument that clean energy inevitably means fewer jobs. Wind capacity has increased more than fourfold in the last decade. Solar power, while still a very small part of the total energy mix, has increased at an even faster rate. And prices for both have dropped to the point where they are increasingly competitive with fossil fuels. Ten years ago, an electric car was a curiosity; now more than a million have been sold in the United States.

For now, the nation must endure Mr. Trump’s boneheaded policies. The president has rejected the Paris agreement on climate change and rolled back Obama-era limits on carbon dioxide from coal-fired power plants and methane emissions from oil and gas facilities, while doing all he can to open more lands and waters to oil and gas exploration.

Last week, his administration made clear that it would proceed with plans to weaken fuel economy standards, despite strong objections from California and other states. In addition, The Times reported, he will soon form a special committee whose main purpose, it appears, is to challenge warnings from the Pentagon and intelligence agencies that global warming poses a threat to national security.

The immediate task facing the Democrats in 2021 — if they win control of the White House and Congress — will be to reverse Mr. Trump’s reversals. But even now, there are familiar policies that the Democrats, who control the House, can pass through key committees and the full House to force the Senate, and the nation, to debate them. These policies could go a long way toward meeting a goal of net zero emissions by midcentury, less than what the Green New Deal calls for but consistent with the recommendations of the United Nations. They could include a national electricity standard utilizing nuclear and carbon capture along with wind and solar; larger (and more consistent) tax incentives for electric vehicles; an infrastructure program that brings serious federal dollars to bear on improving efficiency in buildings and the electrical grid; major efforts to promote the sequestration of carbon in forests, farms and public lands — a critical component, which the Green New Deal recognizes, in any effort to pull carbon from the atmosphere.

Step-by-step measures like these will suit the political temperature of most House Democrats (only about 70 of whom have endorsed the Green New Deal), including the speaker, Nancy Pelosi, who gave even the toned-down resolution the back of her hand — “The green dream or whatever they call it, nobody knows what it is, but they’re for it, right?”

Whether such measures will satisfy the activists who have gathered around Ms. Ocasio-Cortez is another matter. After all, her talking points, as well as the resolution itself, speak also of providing higher education for all Americans; universal health care; affordable housing; remedies for “systemic injustices” among the poor, the elderly and people of color; and a federal job guarantee insuring “a family-sustaining wage, adequate family and medical leave, paid vacations and retirement security.”

Read literally, the resolution wants not only to achieve a carbon-neutral energy system but also to transform the economy itself. As Mr. Markey can tell you from past experience, the first goal is going to be hard enough. Tackling climate change in a big way is in itself likely to be transformative. We should get on with it."

Opinion | The Green New Deal Is Better Than Our Climate Nightmare - The New York Times
Posted by John H Armwood II at 1:38 PM