Why the UN is investigating extreme poverty … in America, the world's richest nation | World news | The Guardian 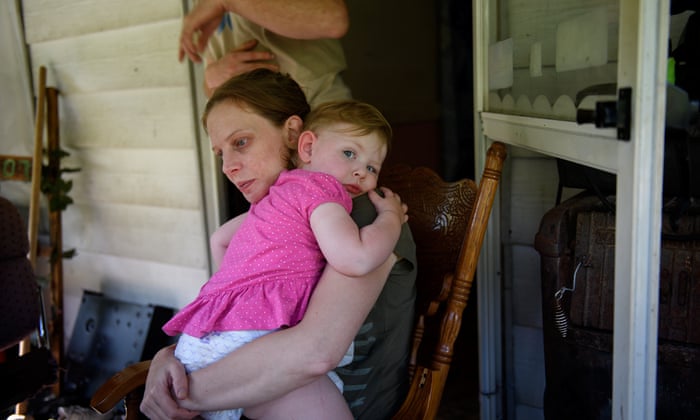 "The tour, which kicked off on Friday morning, will make stops in four states as well as Washington DC and the US territory of Puerto Rico. It will focus on several of the social and economic barriers that render the American dream merely a pipe dream to millions – from homelessness in California to racial discrimination in the Deep South, cumulative neglect in Puerto Rico and the decline of industrial jobs in West Virginia.

With 41 million Americans officially in poverty according to the US Census Bureau (other estimates put that figure much higher), one aim of the UN mission will be to demonstrate that no country, however wealthy, is immune from human suffering induced by growing inequality. Nor is any nation, however powerful, beyond the reach of human rights law – a message that the US government and Donald Trump might find hard to stomach given their tendency to regard internal affairs as sacrosanct.

The UN special rapporteur on extreme poverty and human rights, Philip Alston, is a feisty Australian and New York University law professor who has a fearsome track record of holding power to account. He tore a strip off the Saudi Arabian regime for its treatment of women months before the kingdom legalized their right to drive, denounced the Brazilian government for attacking the poor through austerity, and even excoriated the UN itself for importing cholera to Haiti."

Why the UN is investigating extreme poverty … in America, the world's richest nation | World news | The Guardian
Posted by John H Armwood II at 9:40 AM