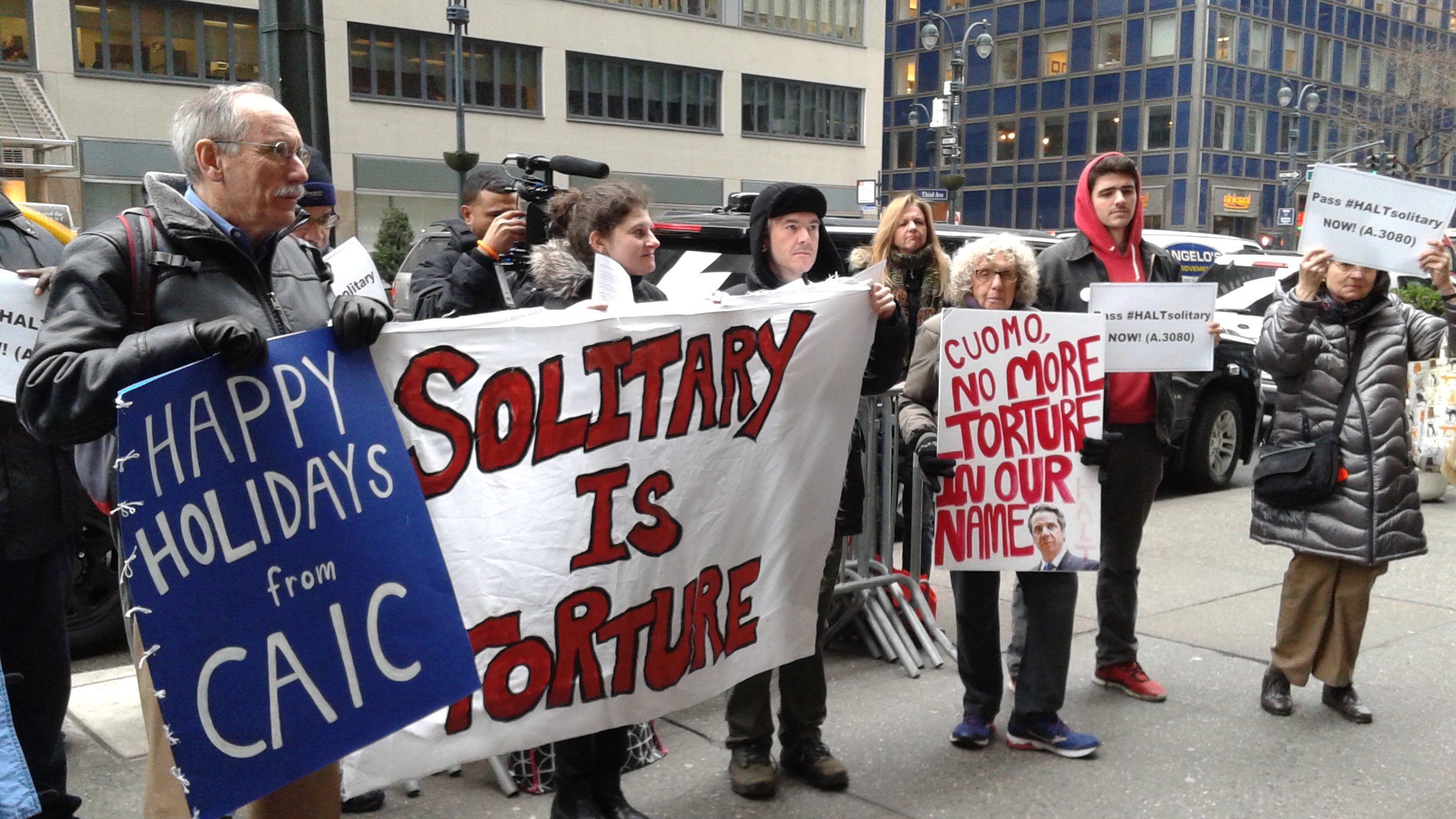 "After being accused of cursing at a corrections officer, Jessica Concepcion, seven months pregnant, spent the Christmas of 2006 in solitary confinement at Bedford Hills, New York’s maximum-security prison for women. Confined to her a cell for 23 consecutive hours, she had no opportunity for any human interaction, let alone a chance to wish her family a merry Christmas. “It was torture,” she told me. “All you have is those walls to talk to. You don’t have nothing else but those walls.”

In prisons across the US, it’s estimated that between 80,000 and 100,000 people are held in isolation at any given moment. The exact number is hard to pin down because solitary goes by various names. In New York, there’s the SHU (Special Housing Unit), which is a set of dedicated cellblocks that holds more than 2,700 people—or about 5 percent of the state’s 51,000 prisoners. Then there’s “keeplock,” in which people are confined to their own cells. Official data has not been released, but the Correctional Association of New York, a prison monitoring organization, estimates that another 1,000 people are in keeplock, bringing the percentage of New York state prisoners in isolation to 7.4 percent. Whether in SHU or keeplock, prisoners are allowed out of their cells for just one hour each day—to shower or exercise alone in an outdoor cage. Their only human contact is when officers handcuff them before removing them from their cells.

On Friday, December 22, Concepcion and her wife Xena Grandichelli, who has also spent time in solitary, joined over a dozen advocates outside Governor Andrew Cuomo’s midtown office to sing Christmas carols. But they weren’t simply spreading holiday cheer; they were urging him to pass the Humane Alternatives to Long Term (HALT) Solitary Confinement Act, which would limit time in isolation to 15 consecutive days and create alternatives for those who need longer periods of separation.

The protesters held aloft a 24-by-36 inch holiday card that invited the governor to spend 24 hours in solitary. The invitation may seem outrageous, but it’s not unprecedented. In January 2014, shortly after being appointed director of Colorado’s prison system, Rick Raemisch spent 20 hours in a 7-by-13-foot isolation cell in a maximum-security prison: “When I finally left my cell at 3 p.m., I felt even more urgency for reform,” he wrote in an op-ed for The New York Times...."

All They Want for Christmas Is a Limit on Solitary Confinement | The Nation
Posted by John H Armwood II at 4:45 PM