Retirees are getting an 8.7% Social Security cost-of-living raise, the biggest in decades. 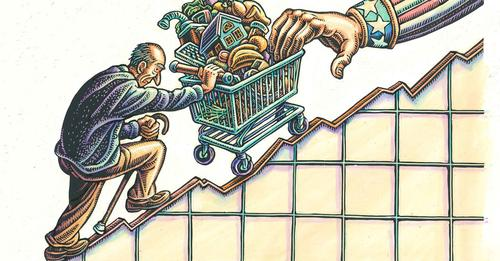 "Social Security on Thursday announced an 8.7 percent cost of living adjustment, the largest inflation adjustment to benefits in four decades — a welcome development for millions of older Americans struggling to keep up with fast-rising living costs.

The cost-of-living adjustment for 2023, which will be applied to benefits in January, is based on the latest government inflation figures. The final COLA, as the adjustment is known, was released after the Labor Department announced the Consumer Price Index for September, which came in at 8.2 percent. Medicare enrollees can anticipate some additional good news: The standard Part B premium, which is typically deducted from Social Security benefits, will decline next year.

The COLA, one of Social Security’s most valuable features, will give a significant boost to about 70 million Americans next year. While retirement comes to mind when most people think about Social Security‌, the program plays a much broader role in providing economic security.

In August, the program paid benefits to 52.5 million people over age 65, but younger beneficiaries — survivors of insured workers and recipients of disability benefits‌ and Supplemental Security Income, the program for very low income people — added 17.9 million people to the total, according to Social Security Administration data.

The annual inflation adjustment has been awarded since 1975 under a formula legislated by Congress. Policy experts have debated whether the current formula accurately measures the inflation that affects retirees, but there’s little disagreement on the COLA’s importance in helping beneficiaries keep up with costs.

The New York Times examined the back story of Social Security’s inflation adjustment — how it works, how it could be revised — and how it affects pocketbooks."

Cost-of-Living Adjustment Will Increase 8.7%, Largest Adjustment in 40 Years - The New York Times
Posted by John H Armwood II at 9:25 AM