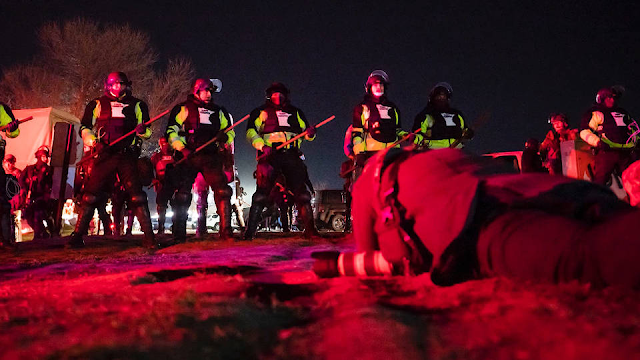 "...Officers also rounded up journalists, forced them onto their stomachs and photographed their faces and press credentials. Others were shot with chemical sprays and other so-called less lethal weapons.CNN producer Carolyn Sung was thrown to the ground, zip-tied and arrested by a trooper who yelled, “Do you speak English?” — even though she repeatedly identified herself as a journalist. Sung is Asian American. A federal judge issued a temporary restraining order Friday, barring state law enforcement officials from attacking or arresting journalists covering the protests. The order does not apply to local law enforcement or National Guard officers...."
Police Brutalize Protesters in Minneapolis as Chauvin Trial Moves Toward Verdict | Democracy Now!
Posted by John H Armwood II at 9:20 PM