Thanksgiving myths: 4 things that just aren't true about the Pilgrims 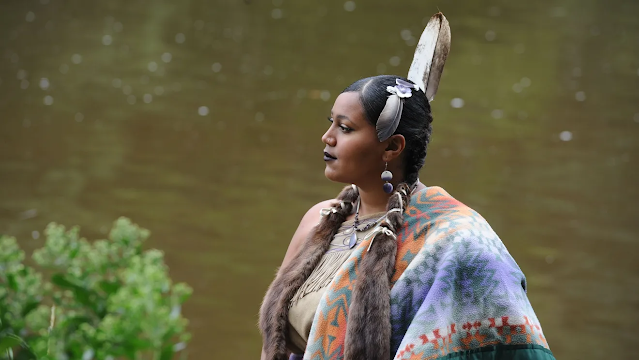 "Don't believe everything you learned in school about the Pilgrims and the Native people who met them.
From the landing on Plymouth Rock to the harmonious feast with the native Wampanoags, the story about the Pilgrims — and by extension, the story of Thanksgiving — is rife with myth and inaccuracy.
Here are three myths that have been corrected based on documented history:
Myth: The Pilgrims were the first Europeans to land in Southern New England and to interact with the Native people.
The commonly told version of the 1620 Mayflower landing is the Pilgrims were the first Europeans to step onto the shores of Massachusetts. According to historic accounts, however, Europeans had been visiting New England since at least the late 1400s. The Basques, English and French had a thriving fishing industry off the coast of Maine and New England. The first documented European to make contact with either the Narragansetts or the Wampanoags in Southern New England was Italian explorer Giovanni de Verrazano, who, in 1524, while sailing for the French, traveled up Narragansett Bay and traded with the Native people he found there.
In fact, several Native Americans in the area spoke English by the time the Pilgrims arrived in 1620, picked up either through trading encounters or by previously being taken into slavery by the English, but they either escaped or were returned to the area. Samoset, Tisquantum, or “Squanto,” and Epenow, all spoke English and played important roles in burgeoning relations between the Pilgrims and the Wampanoags, as detailed by historian and author David Silverman in his book, "This Land Is Their Land: The Wampanoag Indians, Plymouth Colony, and the Troubled History of Thanksgiving."
Myth: The Pilgrims came to the New World seeking religious freedom.
The group we most often associate with the Pilgrims — the Puritan congregation that separated from the Church of England — did, at least partially, come to America looking for a place where they could practice their religion without persecution. Puritans made up less than half of the more than 100 people who crossed the Atlantic on the Mayflower and settled what would eventually become Plymouth, as detailed in William Bradford's "Of Plimouth Plantation."
The main reason they came to America was to maintain their English culture and to make money. After splitting off from the Church of England near the turn of the 17th century, the congregation fled to Holland, which allowed for more religious freedom. But they found it difficult to find jobs to support themselves and were worried their children were being too influenced by Dutch culture and morals.
Myth: The Pilgrims and Wampanoags came together in November 1621 for a Thanksgiving feast.
There’s a lot to unpack with this one, and not just because it forms the basis of our country’s Thanksgiving Day story.
First, while the Puritans did have “days of Thanksgiving” they were literally the opposite of a big, fun, family feast. They were usually days of fasting and prayer that maybe would be broken with a larger meal.
Edward Winslow, in his writing about the first few years in Plymouth titled “Mourt’s Relation: A Journal of the Pilgrims in Plymouth,” does mention a celebration marking the settlement’s first successful harvest, probably held around October 1621. Given the context, it certainly wasn’t a huge deal but it would later become one in modern America.
According to Winslow, despite the fact the Wampanoags had allowed the Pilgrims to live on their land, provided them with aid and taught them how to grow native crops, the Wampanoags were not invited to this celebration. They arrived only after the Pilgrims started shooting their guns into the air. Believing themselves to be under attack, the Wampanoags head sachem, Massasoit, showed up at the settlement with about 90 warriors expecting war. Instead, they found a celebration and they decided to stay, with their hunters bringing in five deer as a contribution. Rather than a happy celebration of camaraderie and partnership, the feast that would serve as the basis of the traditional Thanksgiving myth was actually quite a tense affair, fraught with political implications. "
Thanksgiving myths: 4 things that just aren't true about the Pilgrims
Posted by John H Armwood II at 9:17 AM