What are the five main claims about Donald Trump and his team from the alleged Russian dossier? 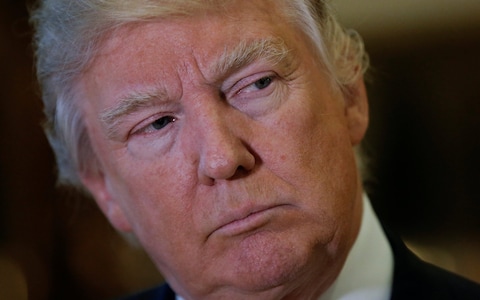 It is time for us to revisit the allegations made in the Russian Dossier.   The claims made seem even more credible than they did initially and they were believable then.

"At some point in 2016, a Washington DC based investigative agency began working with a former British foreign intelligence officer to look into Donald Trump's ties with Russia.

Together they compiled a report, purportedly based on testimony from a network of high-placed sources in the Russian government and Mr Trump’s entourage.

Over the summer, the document passed through the hands of senior Democratic party officials, the Republican senator John McCain (who was handed a copy by a former British diplomat who had served in Moscow and passed the document on to the FBI), and several Washington-based journalists.

The Telegraph first heard of some of the allegations in August, when a US former intelligence source said the Russians had material to blackmail Mr Trump. He cited a different source to the former British intelligence officer.

"It's all fake news. It didn't happen. It's phony stuff. It was a group of opponents who got together, sick people, who put that out."

These are the five central claims made in the report, which at the time of writing has not been independently verified.

1: Donald Trump’s family has been a Russian intelligence asset for at least five years

The report says that the Russian relationship with Mr Trump works both ways. In exchange for assistance against Mrs Clinton’s campaign, Mr Trump has been gathering intelligence on the financial and other activities of Russian businessmen in the US, and passing it back to the Kremlin.

In a report dated June 2016, the author cites two anonymous sources – one a senior figure in the foreign ministry, the other an ex-Russian intelligence officer “still active in the Kremlin” – saying the relationship goes back at least five years.

That would mean Mr Trump’s relationship with Russia began in 2011. In a separate dispatch, dated to July 2016, the author cites a “Russian émigré” source on Mr Trump’s team who repeats the claim of gathering information about Russia businessmen, but says the relationship actually began eight years ago – in other words, 2008.

It is not made clear how this relationship was supposedly established, nor how it benefited Mr Trump prior to his election bid. As the report notes, his efforts to entice the Russian real estate sector have met will little success.

Mr Trump said: “Russia just said the unverified report paid for by political opponents is "A COMPLETE AND TOTAL FABRICATION, UTTER NONSENSE." Very unfair!” He presumably meant that the substance of the report, not the Russian denial of it, was unfair.

2: The Kremlin holds “Kompromat” on him

The report claims the Russian government has gathered “kompromat” – embarrassing material that can be used for blackmail – on Mr Trump, including his alleged use of prostitutes in Moscow and St Petersburg.

One set of allegations, regarding a visit to Moscow in 2013, is very specific.

This claim is consistent with a few publicly known facts: it is true that Mr Trump visited Moscow that year to host a beauty pageant. It is also true that the Russian secret services have used embarrassing sex videos for political means in the past.

But there is no public evidence that stands up these particular allegations about what happened in the Ritz Moscow’s presidential suite in 2013.

The dossier (perhaps conveniently) claims the Kremlin promised not to use the material in view of Mr Trump’s helpfulness over the years, and that witnesses of the St Petersburg escapades have been ‘silenced’.

Mr Trump tweeted on Wednesday:  “Russia has never tried to use leverage over me. I HAVE NOTHING TO DO WITH RUSSIA - NO DEALS, NO LOANS, NO NOTHING!”

3: Trump's team knew about, paid for, and helped cover up the Russian hacking of the DNC

Not only did the Kremlin order hackers to steal and leak embarrassing emails from the Democratic Convention in order to damage Hillary Clinton, the dossier claims.

According to the author’s host of anonymous sources, Mr Trump’s team was aware of the operation, partially paid the hackers, and cooperated on contingency plans for a cover up should it be found out.

The key claim is that Michael Cohen, a lawyer for Mr Trump, met with Kremlin contacts in Prague to discuss how to funnel the payments and cover up the trail. Responding to the allegations, Mr Cohen said he had never visited Prague in his life.

Investigative journalists with the Czech weekly Respek say they have found no record of him arriving in the city by air (he could conceivably have driven in from another European country, however, thanks to the Schengen zone’s open borders).

The man he is said to have met, Oleg Solodukhin, is a serving diplomat at the Russian embassy there who is well known to in Prague think tank circles.  He denied meeting Mr Cohen when approached by reporters from Respekt.

4: The Kremlin “offered Trump an oil deal to drop sanctions”

Another claim centres on a much reported, but never proven (or disproven) meeting between Carter Page, a one-time Trump adviser, and Igor Sechin, Mr Putin’s long-time ally and the head of state oil company Rosneft.

The alleged meeting with Mr Sechin was first reported by Yahoo news, citing “intelligence reports” in September. It is unclear, but seems likely, that Yahoo’s source was the same report published by Buzzfeed.

The dossier claims Mr Sechin offered Mr Trump’s associates brokerage of 19 percent of Rosneft in a privatization plan in exchange for the suspension of sanctions against Russia should he win the election.

Mr Page did indeed visit Moscow in July, where he gave a speech at the New Economic School.

But both he and spokesmen for Rosneft have denied the “secret meeting” ever occurred.

5: The operation caused an earthquake in the Kremlin

Vladimir Putin sacked Sergei Ivanov, his long serving chief of staff, for wrongly predicting the leaks would not be traced back to Russia, the dossier claims.

Sources cited by the author say Mr Ivanov, a former KGB spy, and the SVR, Russia’s foreign intelligence service, persuaded Mr Putin to authorise the DNC leaks despite warnings from the Russian foreign ministry that it could be counter productive.

When the foreign ministry proved to be right, Mr Ivanov had to go, according to this account.

Like all Kremlinology, this claim is neither entirely implausible nor easily verifiable.

Mr Ivanov’s resignation in August did indeed come as a shock for Kremlinologists, and led commentators to propose several  lurid  (and utterly unsubstantiated) theories, including the idea that he was plotting a coup.

There are, however, much more mundane explanations.

For example, Kremlin spin doctors briefed journalists at the time that Mr Ivanov retired because he was exhausted, ill, and badly affected by the death of his only son.  That may well be a political cover story, but it is at least as plausible as any other tale.

The dossier is also inconsistent.

Another source quoted in a different memos says Mr Ivanov was furious at the leaks, which were actually coordinated by Mr Putin’s press secretary, Dmitry Peskov.

The sources even claim the fallout from the hacking scandal sparked a three-way conflict between Mr Peskov, Mr Ivanov, and Dmitry Medvedev, the prime minister.

This kind of juicy insider detail is the bread and butter of Kremlinology. And because the Kremlin is so opaque, it will probably be years before we know whether it is true or false.

Mr Peskov called the claims “pulp fiction.”  “This is an absolute canard, an absolute fabrication, and it’s complete nonsense,” he said in a statement on Wednesday. “The Kremlin does not engage in collecting kompromat.”

What are the five main claims about Donald Trump and his team from the alleged Russian dossier?
Posted by John H Armwood II at 7:45 PM