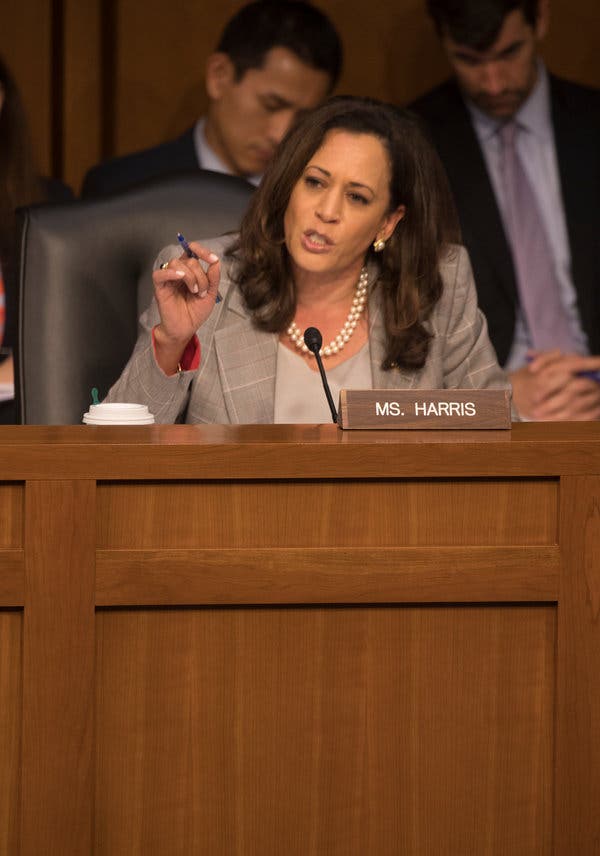 As a civil rights and racial justice and juvenile justice advocate in the Bay Area for more than 20 years, I would like to shed some light on Senator Kamala Harris’s record as a progressive prosecutor.

As district attorney, she was on the front end of changing the way we view incarceration. I used to run a program she created in 2005, Back on Track. It pioneered job training for nonviolent, first-time offenders. This didn’t just mean helping those who were formerly incarcerated. It diverted young people who were largely arrested for crack offenses into jobs, substance abuse treatment and apprenticeship programs, and got them housing and child care.

In other counties, those charged with these same crimes were getting sentences of 20 years. It was revolutionary and the recidivism rate among graduates was only 10 percent, far lower than the state average.

As Senator Harris has written and said before, she became a prosecutor to give the job a perspective it had sorely lacked: a voice for the voiceless and vulnerable. And that’s what she did.

She enacted the first statewide implicit bias and procedural justice training in the country and made her officers wear body cameras. She started pattern and practice investigations into discriminatory actions. She demanded that data on in-custody deaths and police shootings be made public to ensure accountability.

For decades, Kamala Harris has fought to make our system more just. I give her credit and hope that others will look at the totality of her record of reform before jumping to conclusions.

The writer is president of the Akonadi Foundation and an advocate for civil rights and racial justice."