Opinion | I’m a Dreamer and a Rhodes Scholar. Where Do I Belong? - The New York Times 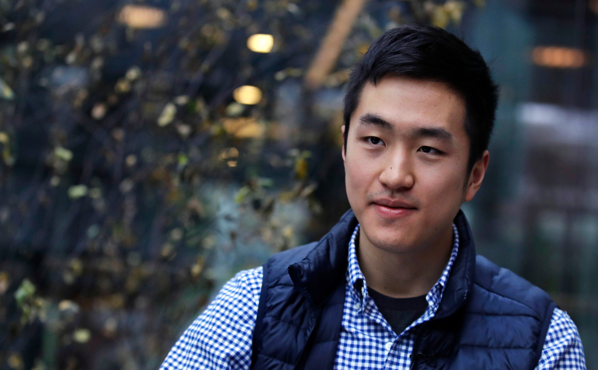 "A person shouldn’t have to be a “genius” or “economically productive” to have access to equal opportunity."

"In November, I became the first Deferred Action for Childhood Arrivals beneficiary to win the Rhodes scholarship. The news was bittersweet.

In 2017 the Trump administration rescinded the option for overseas travel for those with DACA status, the Dreamers who were brought to this country illegally as children. This means that when I leave the country in October to study at Oxford with my fellow Rhodes scholars, I may not be able to come back.

This is a perpetual reality of being undocumented: I never know if I have a place in America — my home — even after receiving one of the most esteemed scholarships in the world.

My family left South Korea during the Asian financial crisis in 1997. I remember being whisked away in the middle of the night when I was 7 and boarding a flight for what my parents said was “a magical place” called America. At the time, I was unaware of the economic forces that had compelled my parents to make the journey to a new country.
We settled in a Korean enclave in Flushing, Queens. The language, people, smells and flavors reminded us of home, and that helped ease our transition into our new life. My mother found work in a beauty salon, providing manicures and facials. My father was hired as a line cook in a Korean restaurant, working 12-hour shifts six days a week.

I started going to a school in a nearby Korean church. I slowly began adapting to my new life. I found comfort in learning how to speak English. Despite their demanding workload, my parents were resolute and nurturing. When my father learned that playing baseball was an American rite of passage, we’d go out to the sidewalk in front of our apartment complex to play. He didn’t know how to pitch, but he tried to teach me anyway. In 2012 I received DACA status, which allowed me to apply to Harvard. I graduated in December with a degree in biology and government.

These days the conversation around immigration is centered on conspiracy theories and racially charged statements. I’m reminded daily that I don’t belong here, and find myself having to justify why I should be allowed to remain.

I can argue that I am smart, driven and able to contribute to this country, just like my fellow undocumented immigrants. We pay taxes to help keep systems such as Medicare and Social Security solvent — systems that we may never directly benefit from.

According to a 2017 study, 91 percent of Dreamers are employed and will contribute $460.3 billion to the gross domestic product over the next decade. Over 65 percent of us are pursuing a degree in higher education.
And yet I resist citing my “intelligence” or “abilities” to defend my presence here, because a human being need not be a Rhodes scholar to be treated with basic fairness and decency. A human being shouldn’t have to be a “genius” or “economically productive” to have access to equal opportunity.

We are your co-workers, your friends, your classmates and your fellow Americans — we work, learn and laugh alongside you.

As I attempt to make sense of what it means to be an undocumented immigrant, I often retreat into the Pusey Archives at Harvard to pore through the personal library of John Rawls. Rawls, considered the most important philosopher in the 20th century, concentrated on one crucial question: How can a society establish just institutions when there are seemingly irreconcilable differences among its members? He argues that we must recognize first and foremost those who stand among us, who are members of the union, and who therefore must be treated fairly.

I plan to use my time at Oxford to think about how undocumented immigrants can urge this country to recognize that we are American — we stand among you and we are embedded in this country, its practices and its institutions. I hope to start a dialogue about how we as Americans can collectively forge a common identity that respects human rights.

When I step on that plane in October and leave the United States for the first time since I arrived 16 years ago, I will think of the bustling flea market on 41st Street and Union Avenue in Flushing, and of the smell of freshly made spicy tteokbokki rice cakes in Korean eateries along Northern Boulevard that I pass on my way to the 7 train. These are my roots. These are the sights and sounds that nurtured me as I became the person I am today.

Walking through those streets has taken on a new meaning as I grapple with the knowledge that soon it may very well be the last time I do so.

There’s a Korean adage that warns that, “What becomes far from the eyes becomes far from the heart.” Yet I have no doubt that these sights and sounds will carry me and remain with me wherever I go, because that’s the nature of home: It stays with you even if the country you call home won’t accept you.

Opinion | I’m a Dreamer and a Rhodes Scholar. Where Do I Belong? - The New York Times: