“It’s a crime to dupe somebody and then ship them across state lines—and it’s time to hold GOP governors accountable for doing just that.

My late father immigrated to the United States in the 1970s, from Haiti. Like many Haitian immigrants, he first came to New York City. Queens. He came as a teenager with his mother and two younger siblings. One day, when he had been here for around six months, he was playing soccer in Central Park. The coach of the Denver University soccer team happened to be in the park on vacation that day and saw him play. The coach offered him a scholarship to DU on the spot, or so the story goes. My dad, who barely spoke the language at that point, accepted. He thought “Denver” was somewhere in New Jersey. When he showed up at the airport some weeks later, he had no idea that he’d be traveling 2,000 miles away from his family and friends, to the mountains.

By the time I knew my dad, it was a funny story, one of those family origin tales that dazzles folks at cocktail parties. I didn’t really get what happened to him until I went off to college myself. Can you imagine being deposited in a strange town, full of strange people, thousands of miles from where you started in a country that is bigger than you could reasonably imagine, not being fluent in the language, carrying only the vague promise that the strange people were going to be nice? My dad was incapable of showing fear, at least to me. But I can only imagine that he must have been so, so scared.

This week, Florida Governor Ron DeSantis shipped two planeloads of migrants, mainly from Venezuela, to Martha’s Vineyard. The 50 migrants, including children, had apparently been staying in a shelter in San Antonio, Tex., when they were offered transport to Boston. They were first flown to Florida, then North Carolina, and finally the posh New England vacation spot. DeSantis is just the latest Republican governor to treat human beings as pawns and ship them around the country in an attempt to score political points. Texas Governor Gregg Abbott has been shipping migrants to New York; Washington, D.C.; and Vice President Kamala Harris’s house.

I do not know why treating brown people like unwanted garbage so titillates the Republican MAGA base. I do not know how white media pundits at major publications and outlets can refer to this situation as a “policy debate.” I do not know what the specific defect is in the MAGA Republican psyche that allows them to order, authorize, or support forced or coerced relocation as one option among many. All I know for sure is that treating children as sub-creatures who can be bused cross-country for the sole purpose of trolling the opposition party is what makes Abbott and DeSantis the actual sub-creatures. This… stunt… is monstrous, and anybody who supports or both-sides it is either a monster themselves or far too comfortable with monstrosity for my taste.

I can make a good argument that the GOP has reached some new moral nadir with these antics—and I’d like to be able to argue that what it’s doing is illegal, but that is a little shakier. Unfortunately, not every sick and twisted thing Republicans come up with is illegal, and in this case it’s not even like Abbott or DeSantis invented this evil themselves. Forced or coerced relocations have a long history in the United States, and the white people who make the rules always have made those relocations “legal” at the time. The forced relocation of the Cherokee was “legal.” The internment of Japanese Americans was “legal.” Even “Greyhound therapy,” in which cities (often Democratic) give homeless men and women one-way tickets out of town on Greyhound buses was, and still is, technically legal.

Abbott and DeSantis are engaged in a kind of human trafficking, but not the kind that is illegal. Our human trafficking laws, at both the state and federal level, only criminalize relocating people and children for the purposes of sex or some other labor. Sending people across state lines to have a laugh with your good ol’ boys at the next KKK or NRCC rally is not illegal under our relevant human trafficking statutes; it’s just deeply fucked up.

But there are other laws. The Immigration and Nationality Act makes it illegal to knowingly harbor undocumented workers, and then transport them. This law is generally aimed at human smugglers, but it could be used against the Republican governors or their agents. 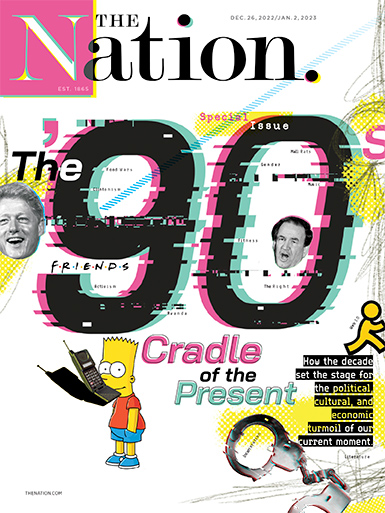 Where the governors might be more exposed is with federal kidnapping laws. It is a crime to kidnap somebody and transport them across state lines, and that crime includes tricking people (the legal term is “inveigle”) to go “voluntarily.” NPR reports that at least some of the people who ended up on Martha’s Vineyard were told that they would be going to Boston, and that in Boston they would be able to get expedited work papers; Rolling Stone reports that they were also promised housing.

Being told that you’re going to Boston to receive work visas but being sent to Martha’s Vineyard to be an unwilling participant in a political stunt could be enough of a violation to charge the planner with kidnapping. Boston is a major city where one might reasonably expect services, shelter, and work. Martha’s Vineyard, well… that might as well be in New Jersey.

At the very least, the Department of Justice should try to make such a case. My father was lucky; the coach who signed him greeted him at the airport, and Denver turned out to be not a bad place to live. He was treated decently, as were the Venezuleans who ended up on Martha’s Vineyard. But the goals of Abbott and DeSantis are not to find places that will treat new residents decently; their goals are to find places that will snap under the weight of unexpected guests. If Martha’s Vineyard shows that it can handle a sudden influx of new people—as Boston can, as D.C. can, as New York can (despite the pathetic and swaggerless mewling of Mayor Eric Adams)—the Republicans will just find somewhere else to send people.

Republicans like Abbottt and DeSantis never stop trying to hurt people. They have to be made to stop. The DOJ must try, and if that doesn’t work, then Congress must expand the human trafficking laws to prohibit shipping people across state lines for political gain.