The rain today is not good. Polls in Black areas are purposely understaffed and the lines go on for hours. This is voter suppression. Under this years voter suppression bill you cannot legally give someone a bottle of water. This was pushed by Governor Kemp.

"Polls open at 7 a.m. Eastern in the last battle of the 2022 midterms: the runoff between Senator Raphael Warnock, a Democrat, and his Republican challenger, Herschel Walker.

Georgians on Tuesday will decide whether Senator Raphael Warnock, the Democratic incumbent, or Herschel Walker, the retired football star nominated by Republicans, will represent them in the Senate next year.

The coda to the midterm elections comes after an intense, monthlong runoff contest in which Democrats spent nearly twice as much as the G.O.P.

ATLANTA — Senator Raphael Warnock has long been publicly circumspect about his chances in Tuesday’s runoff election against Herschel Walker.

He has repeatedly said that the race was in doubt, that he needed his supporters to get to the polls on Election Day and that an expected Democratic tilt in the early vote was not sufficient to project victory. 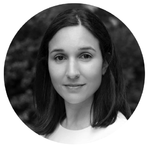 It’s Election Day in Georgia, and polls are now open. Polling places will be open from 7 a.m. to 7 p.m. Eastern, and more information on voting today can be found here.

Two women have said that Herschel Walker, the Republican nominee for Senate in Georgia and an avowed abortion opponent, paid for them to have abortions. Both of the allegations were made in October, before the general election.

As the second-most expensive Senate race in American history approaches its climax on Tuesday, we are about to learn the answer to a question the two sides in Georgia have spent more than $400 million trying to answer: Can a former football star learn just enough about politics to oust one of the most skilled communicators in Congress?

Or has Senator Raphael Warnock been sufficiently nimble in navigating a difficult political climate for Democrats to stave off his ouster?

ATLANTA — In the final day before Georgia’s Senate runoff, Senator Raphael Warnock pleaded with supporters to tune out pundits predicting his victory and instead vote “like it’s an emergency” in a bitterly contested race that is closing out the midterm election cycle.

His Republican challenger, Herschel Walker, the former football star recruited into the race by former President Donald J. Trump, made a circuit of north Georgia counties he won easily a month ago, urging Republicans who have avoided early voting to hit the polls Tuesday. “Got to get out the vote,” he said.

ELLIJAY, Ga. — Herschel Walker, the Republican running for Senate in Georgia, spent the final hours of his runoff bid against Senator Raphael Warnock, the Democratic incumbent, in friendly territory. Yet, amid bad weather and a lagging campaign strategy, he was not projecting a great deal of confidence.

Standing in front of a crowd of roughly 75 supporters at a vineyard in the heart of the Republican stronghold of Gilmer County, Mr. Walker traded in his long, winding stump speech for remarks that lasted less than five minutes. He thanked his supporters for sustaining his campaign and weakly projected a win on Election Day.

The resolve of Georgia voters could again be tested in Tuesday’s Senate runoff, with some county officials seeking to manage expectations about wait times to vote, which they said could be significant.

Wait times during early, in-person voting were indeed significant: Some Georgians, especially those in the Atlanta area, waited more than two hours to cast ballots in the nationally-watched contest between Senator Raphael Warnock, a Democrat, and his Republican challenger, Herschel Walker."