The Enablers of Insurrection Should Be Ostracized

The Enablers of Insurrection Should Be Ostracized

"A corrupt and seditious president has constructed a system of impunity. But there are still ways to punish those who helped him. 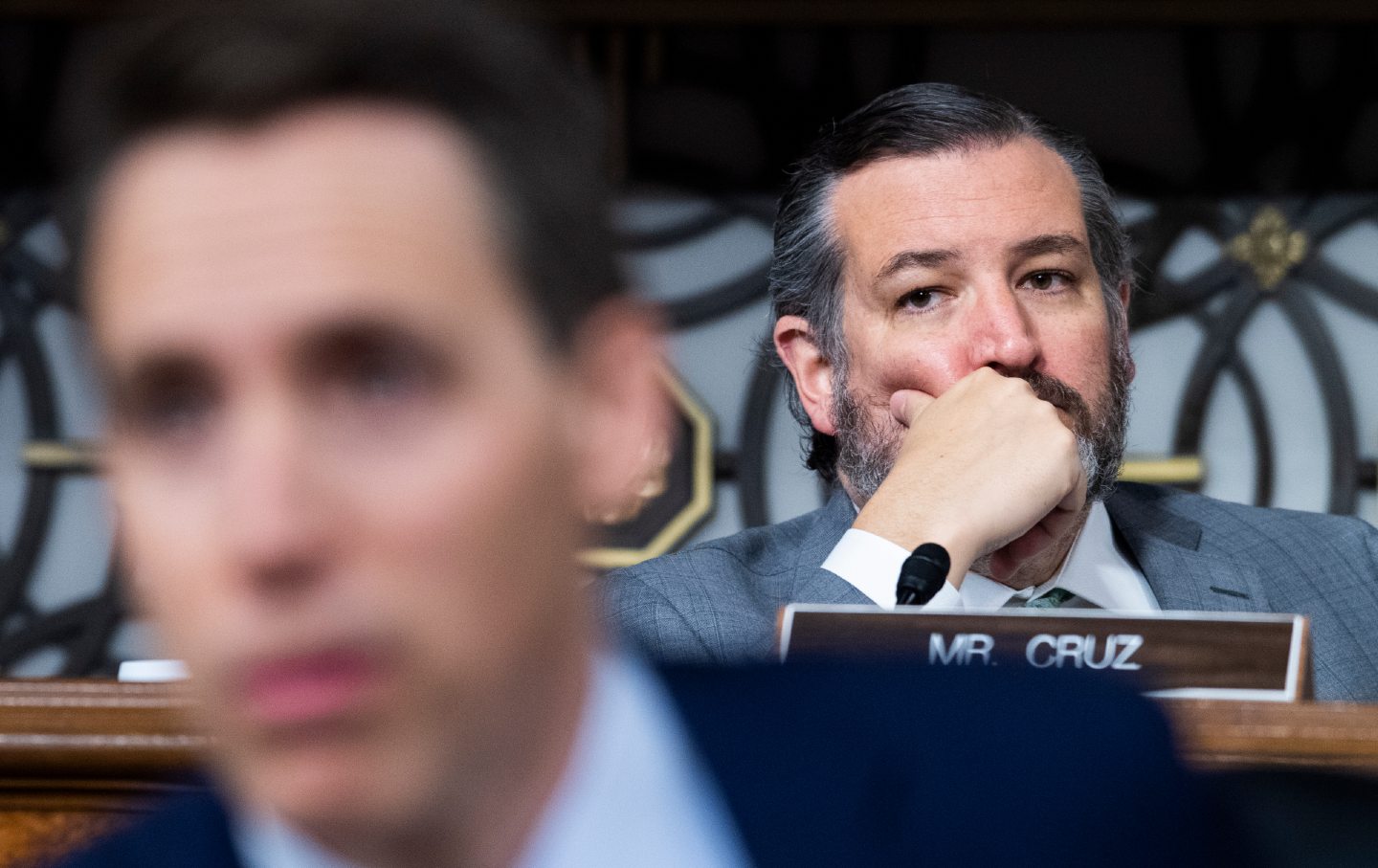 By inciting a mob to attack the Capitol, Donald Trump has provoked a backlash even among congressional Democratic leaders who in the past indicated a preference to just move on. On January 4, Hakeem Jeffries, chair of the House Democratic caucus, responded to questions about impeachment by saying, “We’re not looking backwards. We’re looking forward.”

The thwarted insurrection, which has left five people dead, has changed the political equation—and not just among Democrats. House majority leader Nancy Pelosi, pushed by the more progressive wing of the party, now seems to be moving forward with efforts to remove Trump before his term expires, either with a 25th Amendment solution declaring Trump incapable of serving his term or through a second impeachment. Republicans have also shifted on this. The two leading senators who supported Trump’s efforts to overturn the election, Ted Cruz of Texas and Josh Hawley of Missouri, are now the subject to a massive campaign of recrimination inside their own party.

Cruz, always a weathervane with few principles, clearly senses which way the wind is blowing. With the oily disingenuousness that is the hallmark of his character, Cruz is trying to distance himself from Trump. “I do think the president’s rhetoric and his language has been over the line,” Cruz told a Texas TV station. “I think it was irresponsible, I think it was reckless, and I think he needs to recognize it.”

Cruz might be worried that he’ll face the kind of blowback that is now hittingHawley. Two of the biggest newspapers in Missouri, The Kansas City Star and the St. Louis Post-Dispatch, have called on Hawley to resign. Former Missouri senator John Danforth released a statement saying that supporting Hawley was “the worst mistake I ever made in my life.” Danforth predicts that Hawley could become a political pariah. “How is he going to get along with his colleagues?” Danforth asked. “How is he going to do anything? What’s his political future?”

A major donor, David Humphreys, whose family has given more than $6 million to Hawley, also denounced the senator. “Hawley’s irresponsible, inflammatory, and dangerous tactics have incited violence and further discord across America,” Humphreys said in a statement. “And he has now revealed himself as a political opportunist willing to subvert the Constitution and the ideals of the nation he swore to uphold.” To top it all off, Simon and Schuster rescinded a contract it had to publish a book Hawley was writing on the dangers of tech monopolies.

The shunning that Hawley is now receiving offers a solution to one of the major problems of the Trump era: the impunity enjoyed by Trump’s accomplices, sidekicks, and enablers. The legal system has proved an imperfect mechanism for going after Trump’s cronies, since he’s been able to use his presidential powers to shield many of them from investigation—and to pardon those who did run afoul of the law, such as Roger Stone and Paul Manafort.

But the law isn’t the only way people can be punished. Social shame is a powerful tool as well. Representative Alexandria Ocasio-Cortez is making use of that weapon by taking to social media to argue that Cruz and Hawley should be expelled from the Senate.

As McGill University political scientist Jacob Levy noted last September, “Social sanctions are an important fallback when official impunity has been granted. Those who abuse their power over others, and those who help them do so, ought to face some consequences—if only to give pause to those tempted to do likewise. Unfortunately, lasting and significant disrepute seems improbable for Trump administration officials.”

Levy thought that social sanctions wouldn’t work because a power-worshipping, polarized, and celebrity-obsessed culture has a way of offering redemption to even the worst miscreant. There’s some truth to his worries. We’ve seen figures like former Trump chief of staff John Kelly and former Homeland Security head Kirstjen Nielsen, both key figures in the child separation program, make an effort to whitewash their reputations by portraying themselves as secret opponents of Trump who tried to fight his worst policies from the inside.

This tactic is likely to be used by other Trump accomplices. It explains the raft of last-minute cabinet resignations by the likes of Attorney General William Barr (who left before Christmas), Secretary of Transportation Elaine Chao, and Education Secretary Betsy DeVos (who both resigned on Thursday). The familiar image of rats fleeing a sinking ship is an apt summary of these last days of the Trump administration.

Will Trump’s cronies be able to refurbish their reputations? Levy’s worries on this are well-grounded, as are his calls for institutions like universities and think tanks to resist whitewashing.

But there is also reason to believe that Trump’s incitement of a coup will leave a lasting stain on all those associated with it. There’s some evidence that those around Trump are aware of indelible reputational damage. “As the U.S. Capitol was ransacked Wednesday,”  Politico reports, “Trump administration officials watched in horror, fearful not only of the rioting their boss had inspired but of the residual damage that would fall on their careers.” One White House official told Politico, “The people who this is hardest on, aside from obviously the people in the Capitol and the police and the people who were hurt, are the people who have staked their reputations and their political, financial and career fortunes on defending the president and he’s just made it harder on us.”

What these Trump staffers fear is in fact what progressives should aim for: a world where having Trump on your résumé makes you unemployable.

Writing in Talking Points Memo, Josh Marshall suggested that the Democratic Party should make an active effort to keep the memory of the coup fresh: “It will take funding and disciplined action over months and years, labeling everyone who has participated in this outrage as supporting a coup, attacking the constitution and the republic itself. There should be no context in which political leaders speak the name of a Ted Cruz or a Josh Hawley and not repeat that they were men who supported President Trump’s failed coup.” It should be added that this applies not just to congressional leaders but also to officials who continued to work with Trump.

Marshall further proposed that “some rich person or well-funded group should step forward to fund bar disciplinary actions against all the lawyers who have participated in this.” We’re already seen informal action along this line. As The New York Times reported on January 5, “A lawyer advising President Trump in recent weeks has resigned from her law firm after it was revealed that she participated in the call where Mr. Trump pressured Georgia officials to help him reverse the state’s election results.”

Such punishment for political behavior isn’t the norm. But in trying to overturn an election, the Trump administration crossed a fundamental line. Those who participated in that effort should be made into pariahs."

The Enablers of Insurrection Should Be Ostracized
Posted by John H Armwood II at 9:01 AM