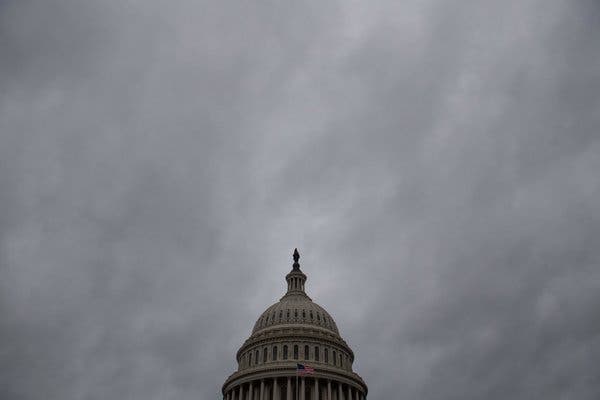 "President Trump recently said that should the Senate subpoena senior administrative officials to testify in his impeachment trial, he would invoke executive privilege to block them from appearing. He explained that he would take this step “for the sake of the office” and also for the benefit of “any future presidents.”

His former national security adviser, John Bolton, has volunteered to testify in the Senate impeachment trial if subpoenaed, and Senate Democrats argue that other high-ranking administrative officials with firsthand knowledge of President Trump’s efforts to extort political dirt on the Bidens from the Ukrainian government should also be called to testify, including Secretary of State Mike Pompeo; Mick Mulvaney, the acting chief of staff; and former Secretary of Energy Rick Perry.

Can President Trump actually stop the Senate from hearing from these key witnesses? In a word, no.

The Senate will decide for itself whether to call witnesses and the extent to which it will recognize claims of executive privilege if raised. Moreover, the federal courts are almost certain to defer to the Senate’s rulings on executive privilege because the Constitution vests the Senate with “the sole power to try all impeachments.” The Supreme Court has squarely held that the federal courts will not review the Senate’s exercise of this constitutional authority.

The president’s radically expansive understanding of executive privilege lacks legal merit. What’s more, if the Senate takes seriously Mr. Trump’s absolutist position, the chamber will be establishing a startlingly dangerous precedent: that Congress lacks the constitutional authority to investigate effectively criminal wrongdoing within the highest levels of the executive branch, in this instance, allegations of bribery and misuse of government office for personal gain. This would be a disabling abdication of its rights and obligations as a separate branch of government. Future Congresses would quickly come to regret such an abrogation.

As Chief Justice John Marshall explained in his seminal 1803 opinion in Marbury v. Madison, the “government of the United States has been emphatically termed a government of laws, and not of men.” For the sake of the nation, and to preserve the rule of law, a majority of the Senate must categorically reject the president’s bogus constitutional claims.

Standing up for the rule of law should not even require Republican senators to serve as profiles in courage. Mr. Trump’s claims are astonishingly weak — and are wrong on both substance and process.

On substance, the president does not get to decide unilaterally when executive privilege applies or its scope of application. Chief Justice Warren Burger, in United States v. Nixon, a major precedent decided in 1974 during the height of the Watergate investigation, found that the president does enjoy a constitutional privilege to protect confidences within the executive branch. At the same time, however, he emphatically rejected President Richard Nixon’s claims then, like President Trump’s claims now, that executive privilege is self-defined and potentially unlimited in scope.

Chief Justice Burger explained that when the president’s assertion of executive privilege “is based only on the generalized interest in confidentiality, it cannot prevail over the fundamental demands of due process of law in the fair administration of criminal justice.” As a consequence, “the generalized assertion of privilege must yield to the demonstrated, specific need for evidence in a pending criminal trial.”

The court, in a unanimous decision, ordered Mr. Nixon to turn over audiotapes he recorded in the Oval Office that had been subpoenaed by the Watergate special prosecutor. He resigned 15 days later.

Of course, the impeachment of a sitting president is no less weighty an interest than a criminal prosecution (which was at issue in the Nixon case). In the context of a Senate impeachment trial, the same constitutional logic should control — executive privilege will apply only if the president can assert particularized reasons for withholding specific information from the Senate, such as the need to protect military, diplomatic or sensitive national security secrets.

Mr. Trump has never asserted any particularized reasons for preventing administration officials from cooperating with the impeachment investigation (beyond deeming it a “sham” and a “hoax” impeachment, which is not a legal argument but a political one). So, his claims are the epitome of “generalized assertions” — which are not sufficient to trigger the application of executive privilege.

There’s a second major problem with the president’s legal logic. In an impeachment trial, the Senate itself, not the federal courts, would determine the extent to which executive privilege applies. When the Senate tries a presidential impeachment, the chief justice of the United States presides and would rule on objections from the floor, but only in the first instance. The Senate itself, by a majority vote, can and will decide whether to grant an objection. The Senate’s rulings could not be appealed to the federal courts. Well-settled precedent governs this precise question.

In a 1993 case involving the impeachment of Walter Nixon, a federal trial court judge, for perjury and corruption, the Supreme Court held that because the Constitution vests the Senate with the “sole power” to try impeachments, it would not be appropriate for the federal courts to review at all the Senate’s exercise of this authority. Chief Justice William Rehnquist opined, for a unanimous bench, that “this authority is reposed in the Senate and nowhere else.” Judge Nixon’s claims constituted “political questions” reserved to the Senate to decide for itself, the court ruled.

The president could, in theory, attempt to bring an action in federal court seeking to block administration witnesses, but House prosecutors would move for dismissal of any and all such suits and they would win those motions quickly. Unless the Supreme Court wished to act in a nakedly partisan fashion, these rulings would stand on appeal.

There’s a deeper irony at work too. Historically presidents of both parties have cooperated with congressional investigations into malfeasance and wrongdoing within the executive branch. President Ronald Reagan’s behavior during the Iran-contra affair provides a salient example.

When credible allegations arose of serious violations of law involving the sale of weapons to Iran to finance illegal covert operations in Nicaragua, Congress convened special select committees to investigate the matter. Many senior administration officials testified before the committee — perhaps most famously, Lt. Col. Oliver North. The Reagan administration never threatened to stonewall the investigation; instead, it cooperated with Congress by making both witnesses and documents available. Frankly, had the president attempted that gambit, his refusal to cooperate would itself have served as a basis for impeachment.

What was good enough for Ronald Reagan should be good enough to Donald Trump too. Mr. Reagan supported a fair investigative process that got to the truth of the Iran-contra affair; he respected Congress’s institutional authority to investigate criminal wrongdoing within the executive branch. The incumbent members of the Senate should hold Donald Trump to the Ronald Reagan standard and require that subpoenaed witnesses provide relevant testimony.

If the United States is to remain a nation of laws and not men, it is constitutionally imperative that the Senate flatly reject President Trump’s overboard assertions of executive privilege and preserve its authority as a separate but equal branch of the national government.

Ronald J. Krotoszynski Jr. is a professor at the University of Alabama School of Law and the author of “The Disappearing First Amendment.”

Opinion | The Senate Must Reject Trump’s Privilege Claim on Witnesses - The New York Times
Posted by John H Armwood II at 6:57 AM