In Impeachment Case, Schiff Accuses Trump of Trying ‘to Cheat’ in Election - The New York Times 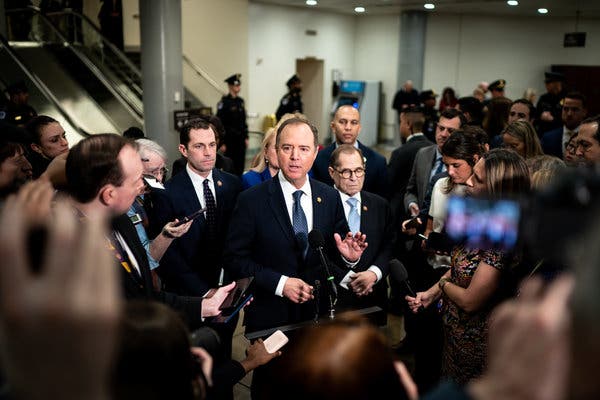 ""WASHINGTON — The House Democratic impeachment managers began formal arguments in the Senate trial on Wednesday, presenting a meticulous and scathing case for convicting President Trump and removing him from office on charges of abuse of power and obstruction of Congress.