"By Isaac Sabetai, The Atlanta Journal-Constitution

Georgia voters are showing no signs of slowing down since the November presidential election.

With two U.S. Senate seats and control of the legislative body up for grabs in the Jan. 5 runoff election, Georgians are eager to have their say. So far, more than 1.1 million people have voted, according to an analysis of data from the secretary of state’s office.

Through four days of early voting, the number of votes is approaching the presidential election pace. In the November election about 5 million Georgians voted. Here’s how the early votes break down.

Falcons lineman gets his life back thanks to Emory team

Most voters are voting in-person, but mail voting remains popular. About 477,000 people have cast mail ballots, which is 43% of the early vote. More than 760,000 requested mail ballots have not been returned.

About 56% of early voters are white and 32% are Black, which is a slightly higher proportion of Black voters than the overall pool of all registered voters. 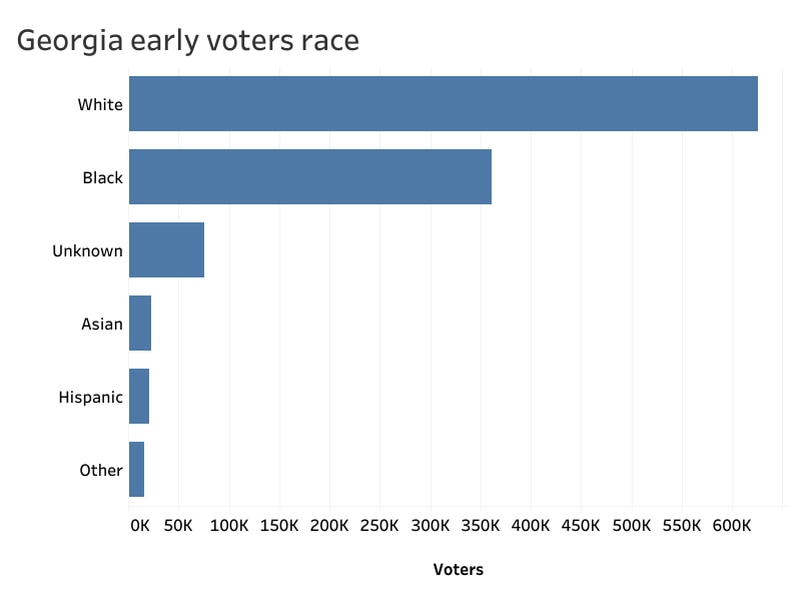 Females make up 55% of early voters compared to 45% for males.

There’s a big variance in where the votes are coming from. Pickens County has recorded just 36 early votes so far while Fulton has about 125,000 votes. Every county besides Pickens has more than 100 votes. Since early voting began on Monday, the state has been receiving an average of about 199,000 votes per day with 220,000 on the first day. 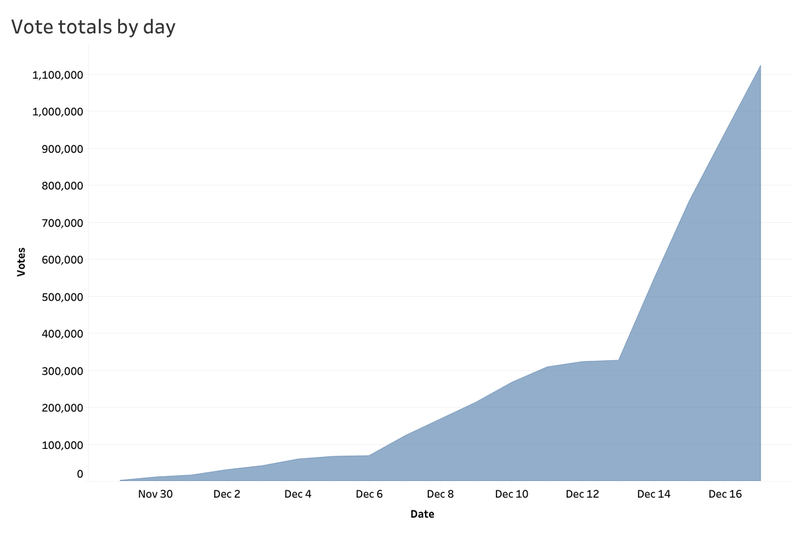