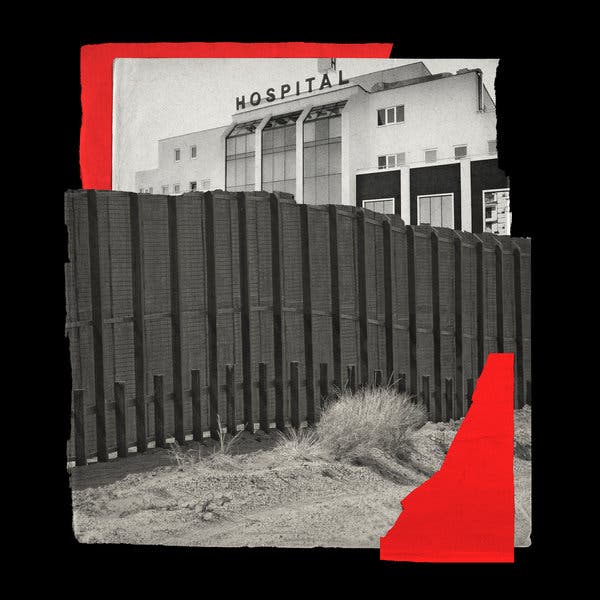 "Hostility toward immigrants is hurting the fight against the pandemic.

Three weeks ago, with much of the United States already gearing up to limit the spread of the coronavirus, the Trump administration’s chief immigration judge sent out a stern order to immigration courts nationwide to take down all public health posters, printed in English and Spanish, on how to deal with the pandemic. “Per our leadership,” the order said, immigration judges did not have the authority to post fliers. “If you see one (attached), please remove it.”

Soon after the order was revealed by The Miami Herald, the Department of Justice, which oversees the immigration courts, reversed course and told the paper that “the signs shouldn’t have been removed.”

A bureaucratic blunder? More like a case in point of how the administration’s obsession with immigrants, undocumented, legal or aspiring, has infected its efforts to control the spread of a pandemic, exacerbating the crisis.

Tough times call for tough measures, to be sure, and the administration’s anticipated order to turn back all asylum seekers and other foreigners trying to cross the southwestern border illegally makes sense in the context of measures already taken to severely restrict movement across other American borders, land and sea.

The immigration system along the southern border is overtaxed, and detention centers across the United States are already bursting with nearly 40,000 people, at enormous risk of contagion. The coronavirus doesn’t discriminate between carriers who are held behind bars and those whose job it is to guard them. The Immigration and Customs Enforcement agency has continued to make arrests and has shown no intention of releasing nonviolent detainees, though judges in some states have ordered some released out of health concerns.

As Miriam Jordan of The Times reported, the virus has spread more fear among immigrants, legal and undocumented — the fear that seeking medical or financial help will put them in the cross-hairs of the administration’s repressive immigration policies.

At the beginning of March, more than 700 public health and legal experts addressed a petition to Vice President Mike Pence and other federal, state and local leaders asking, among other things, that medical facilities be declared enforcement-free zones (ICE currently classifies them as “sensitive locations,” where enforcement is avoided but not precluded). The Citizenship and Immigration Service subsequently appeared to signal that it was suspending enforcement of a new “public charge” rule, which makes it harder for immigrants to obtain the green card of a permanent resident if they tap federal benefits, but the suspension has not been publicized.

Those who are not documented are afraid that going to a public health facility will expose them to ICE agents. Immigrants in the country legally and hoping to obtain a green card fear that seeking help will ruin their chances under the public charge rule, which went into effect in February after injunctions blocking it were lifted by the Supreme Court.

These immigrants are particularly at the mercy of the pandemic. They often live in crowded conditions, have little money and no paid sick leave, and so lack the ability to self-quarantine. And according to the Kaiser Family Foundation, 23 percent of noncitizens lawfully in the country and 45 percent of those who are undocumented lack health insurance.

Most immigration courts, meanwhile, were still working at full steam long after state and federal courts across the country sharply scaled back their activities. On Monday, several groups representing lawyers who work with immigrant clients sued the administration to stop in-person immigration hearings during the pandemic. It was only last week that the Executive Office for Immigration Review, the Justice Department agency that oversees immigration courts, closed down some courts and suspended hearings for immigrants not in custody.

The coronavirus does not care which passport its human hosts may carry or tongue they speak. Nor does it serve global public health for only American citizens to wash their hands and practice social distancing. Those are best practices that should transcend borders and walls and help us acknowledge our common plight, and humanity."

Opinion | The Wall That Didn’t Stop the Coronavirus - The New York Times
Posted by John H Armwood II at 8:08 PM