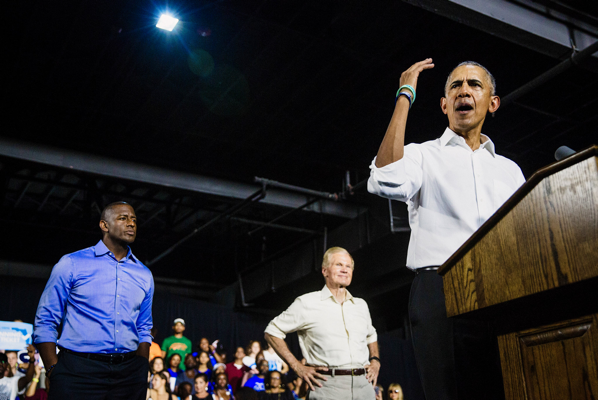 "Obama poses a question about anger
By the fourth or fifth heckler, former President Barack Obama had an observation.

“Why is it,” he began, at a campaign rally Friday in Miami, “that the folks who won the last election are so mad all the time?”
After his own victory, “at least my side felt pretty good,” Mr. Obama continued. “It tells you something.”