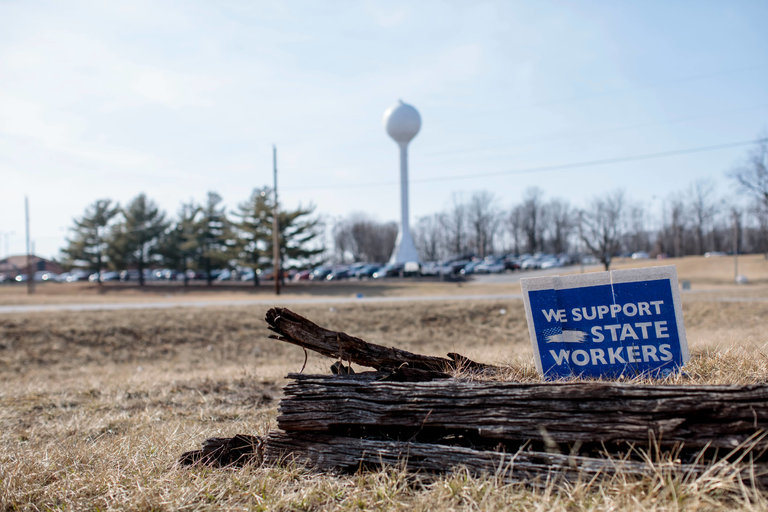 "The Supreme Court will hear oral arguments today on one of the most impactful labor law cases in decades, but most people already know how it’s likely to turn out. In Janus v. American Federation of State, County and Municipal Employees, the court will consider whether all public-sector workers have a First Amendment right to be under so-called right to work, which allows workers to opt out of paying fees to unions that bargain on their behalf.

The Supreme Court is widely expected to rule in favor of Janus on a party line 5-to-4 basis and overturn a 1977 precedent, Abood v. Detroit Board of Education. Abood permitted fair-share fees, which cover only organizing and collective bargaining and do not include social or political activities in the public sector.

Why are we so sure about the Janus outcome? The court heard a similar case in 2016, and it split 4-4 after Justice Antonin Scalia’s sudden death. Neil Gorsuch has proved himself more conservative than Justice Scalia on most issues, so there is little hope that labor will win this time around.

Many observers have noted that if the court bans fair-share fees, it will hurt unions by, first, depleting them of funds and, second, undermining solidarity through the encouragement of free riding.

But fewer people have considered what conservatives are risking: Union fair-share fees do not exist in an employment vacuum; the same logic and legal framework that permits the government to mandate these fees allows the government to conduct itself as an employer. Janus is largely being discussed as a case that is likely to defund and disrupt labor unions, but the case cannot simply injure unions and leave everything else intact.

At last count, federal, state and local governments employed over 21 million workers, so the courts have had to develop a framework for governments to be able to manage their work forces without constantly confronting the Constitution. Imagine if a teacher called in sick, and an administrator had to procure a warrant before searching her desk drawer for a text book, or else risk violating the Fourth Amendment. Or imagine if a police sergeant who tells an officer that he didn’t have time to listen to a complaint about the break room now has to worry that he violated the First Amendment.

The Supreme Court has spent decades developing a framework for managing this tension and how the Constitution applies to the public-sector workplace. Starting in 1968, the court held that the “government has significantly greater leeway” in managing citizen employees than in “bringing its sovereign power to bear on citizens at large.”

The Supreme Court has said the First Amendment applies only when the public employee can show that she spoke as a citizen on a matter of public concern. Similarly, in 1987, the court upheld a public employer’s search of an employee’s desk after balancing “the invasion of the employees’ legitimate expectation of privacy against the government’s need for supervision, control, and the efficient operation of the workplace.” In 2010, the court extended this approach to employer-issued electronic devices, allowing a public employer to search them without a warrant if the search is “motivated by a legitimate work-related purpose.”

The 1977 Abood case recognized that the government has an interest in “labor peace,” in permitting its employees to have an exclusive representative that can bargain on their behalf, and that workers who benefit from the union’s activities should pay to support this collective-bargaining function. Therefore, the court created a balancing test that weighed the government’s interest as employer in managing its work force with the employee’s rights of free speech and association. According to this balance, any employee in the bargaining unit can choose not to join the union, and as a result pays only fair-share fees that cover union activities that are germane to collective bargaining.

This test falls squarely within the line of cases that balance the government’s interest as employer against the employee’s rights of speech and association in matters of private concern. Imagine a state administrator who chooses to draft memorandums according to her own tastes rather than by office protocol, or a city hall plumber who doesn’t perform her job because she feels she shouldn’t have to pay for her own tools.

If the court overrules Abood, as the petitioners in this case are asking, it will disrupt the careful balance it has struck concerning public employees’ constitutional rights in the workplace and turn every workplace dispute into a constitutional case.

If the justices strike down Abood and rule that public employees have a First Amendment right not to pay fair-share fees, then all of these trivial matters of private concern risk becoming constitutional cases.

Perhaps this is why several of the most compelling amicus briefs in this case have come from unlikely sources. The constitutional law scholars Robert Post and Charles Fried (the latter having served as Ronald Reagan’s solicitor general) write that if the court bans fair-share fees on First Amendment grounds, then it “would set in motion drastic changes in First Amendment doctrine that essentially threaten to constitutionalize every workplace dispute and, further, to unsettle other constitutional doctrines that distinguish between the government as employer (or proprietor) and as sovereign.”

The prominent conservative legal scholars Eugene Volokh and William Baude went further and filed a brief supporting the unions. They argue that the government compels subsidies of others’ speech all the time and that there is nothing constitutionally suspect about that. Mr. Volokh and Mr. Baude point to the fact that we don’t have a right to opt out of paying a portion of our taxes for issues we disagree with.

Furthermore, the government regularly requires people to purchase speech related to services that they may not want, such as doctors and lawyers having to enroll in continuing education courses. Or even the general requirements that people purchase car insurance or vaccinations, despite the fact that some may disagree with that mandate. To recognize a general First Amendment right to not fund things that one may disagree with, despite the government’s interests in mandating such payments, would completely upend many areas of life that are necessary for our society to function.

If the Supreme Court recognizes a constitutional right to withhold payment for matters one disagrees with, or diminishes the government’s interest in efficiently managing its work force, it will turn every minor payment and every workplace matter into a federal case."

The Consequences of Judicial Activism on the Supreme Court - The New York Times
Posted by John H Armwood II at 8:08 AM