If You’re a Patriot and a Christian, You Should Support the Dream Act - The New York Times 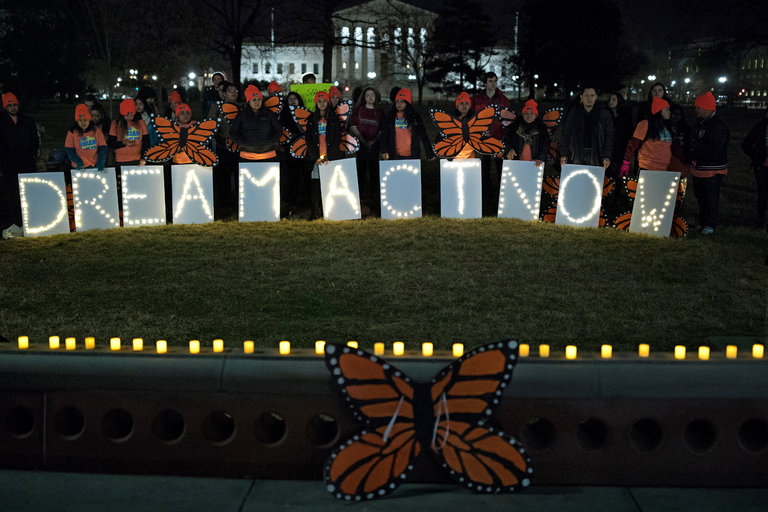 "NEWARK — The Gospel of Jesus Christ calls on us to welcome and protect the stranger. This should not be hard to do when the stranger is young, blameless and working hard to make this country a better place.

There are nearly 700,000 young men and women in the Deferred Action for Childhood Arrivals program who could soon be at risk for deportation. These “Dreamers” live in our neighborhoods, attend our schools, fight for our country and contribute to our workplaces. Our leaders in Washington, including President Trump, have a moral obligation to try to protect those who came to our nation as children with their parents, and who are Americans in every way.

The Senate recently tried to pass legislation to give them a path to citizenship, but sadly, none of the proposals gained the needed votes. The Supreme Court on Monday let stand injunctions that require the Trump administration to keep major parts of DACA in place while legal challenges against the president’s decision to end the program continue. That means the program will probably survive beyond the deadline next Monday Mr. Trump had set for its end. But time is still ticking away for the Dreamers.

Our elected officials need to stop trying to pass a large immigration bill that combines protection for Dreamers with other divisive issues, like money for border enforcement and the wall and new rules to limit immigrants’ ability to sponsor family members. Using the plight of Dreamers to introduce measures that otherwise would not pass on their own merits is especially cruel, as it leaves these young people hostage to the wider debate on our broken immigration system.

Instead we need a “clean” Dream Act to help these youths now. After all, the reason Congress is even debating immigration at this point stems from the Dreamers’ own courage in advocating a solution consistent with our best democratic traditions.

If the Dreamers are deported, it will do great harm to this country. According to the Center for Migration Studies of New York, the two million or so young people who could be covered by a Dream Act have integrated successfully into our society. Sixty-five percent work, with over 70,000 self-employed. Eighty-eight percent speak English exclusively, very well or well. Nearly 30 percent have attended college or earned a college degree. They have lived in the United States an average of 14 years and are parents to 392,000 American citizen children. Removing them would hurt our country economically and socially. It is not an option.

The American public already agrees with this. Eight-seven percent support passage of a Dream Act to let young immigrants stay here. The parties in Congress now need to work together to pass a bill consistent with the views of the American people. And the Trump administration must lead and seek consensus in Congress, not try to sabotage proposals to reach a solution. President Trump has articulated his support for “a bill of love” — exactly what we need in this situation — not a bill of discord. A just and humane bill would show that Congress can indeed promote the common good and that the legislative process need not be dysfunctional.

At this moment, however, there seems to be no sanity or progress in the pursuit of a solution for the Dreamers. That is why the United States Conference of Catholic Bishops is urging all Catholics and others of good will to phone their senators and House members today and implore them to pass the Dream Act. Catholic teaching calls for all people to make a commitment to uphold the dignity of every person and to work for the common good of our nation. It is both our moral duty and in our nation’s best interest to guide our lawmakers in this matter.

Helping Dreamers to become American citizens is a clear moral test. Condemning them to be sent to countries they do not know would be a stain on our national character and an abandonment of our values.

That Congress and the Trump administration tried and failed once to protect Dreamers does not let them off the hook. This is not about the next election but about the family next door. We need to restore confidence in our government and in our identity as an immigrant nation by passing a Dream Act."

If You’re a Patriot and a Christian, You Should Support the Dream Act - The New York Times
Posted by John H Armwood II at 12:22 AM