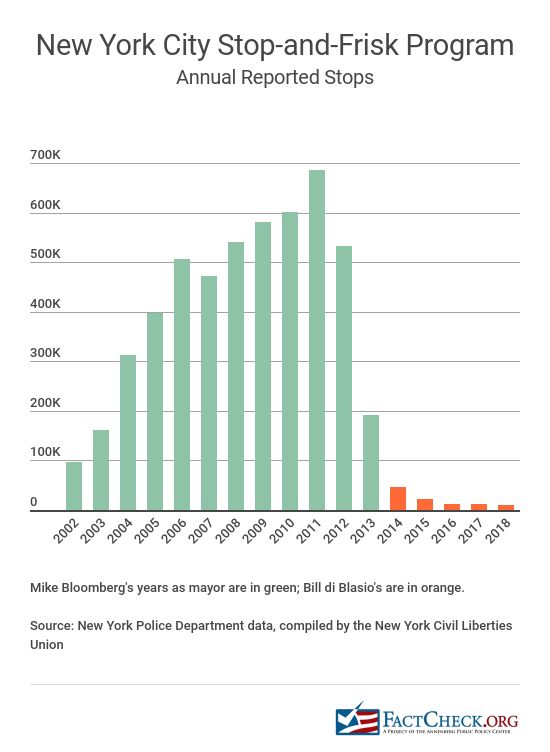 It amazes me that people can live in America and not have any familiarity with major news stories. As my paternal grandmother, born in the 1880s always said; "some of us are not ready yet." Sadly it remains true.

""Democratic presidential candidate Mike Bloomberg misleadingly stated that he “cut” the police practice of stop-and-frisk — a policy that he “inherited” — by “95%” by the time he left office as mayor of New York. There were nearly twice as many stops in his last year as mayor compared with the year before he took office.