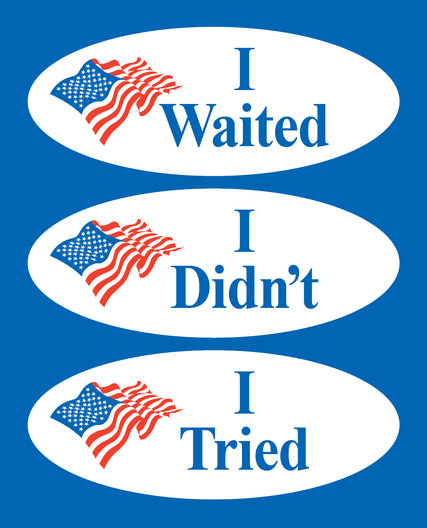 "The state of the nation’s underfunded, patchwork election system and obsolete balloting machinery may not arouse voters the way candidates can with charges of rigged elections. But voters in Arizona who lined up for the state’s presidential primaries last month learned just how difficult and unfair voting can be even without criminal malfeasance.

Maricopa County, the state’s most populous, had slashed the number of polling places to 60, from 200 in 2012, claiming a need for budget savings and leaving thousands of voters waiting long hours into the night, with some giving up in despair.

The Justice Department is investigating this electoral disaster, including charges that minority voters were particularly harmed. Critics blame the Supreme Court for weakening the Voting Rights Act, which used to subject regions with a history of discrimination, Maricopa County among them, to prescreening by the Justice Department before they could make major changes in voting procedures. Had that provision remained operational, the Maricopa fiasco might have been averted.

Arizona’s problem is a good early warning of troubles to come in deeply flawed voting systems everywhere in the country. Come Tuesday in New York, untold numbers of primary voters interested in crossing party lines will discover that it’s too late, that they should have switched parties by last Oct. 9, a little publicized deadline under “closed primary” voting procedures that serve to guard the major parties’ power.

This is but one of many confusions, Common Cause New York, a government watchdog group, warns. Politicians in Albany scheduled four separate balloting days this year for state and federal offices. New York lags behind more electorally advanced states in its refusal to allow voters the convenience of same-day registration, early voting and easier absentee balloting. The Republican ballot names the candidates while the confusing Democratic ballot asks voters to choose a candidate as well as delegates pledged to either of the two candidates.

Beyond New York, newly restrictive election laws enacted in 17 states have imposed tighter procedures for identification, registration and early voting. In Wisconsin this month, primary voters were arbitrarily rejected or forced to endure a maze of three separate waiting lines for registration, identification and balloting. Similar restrictions elsewhere will be facing their first test in November.

Aside from bad laws, frayed infrastructure and limited funding also afflict the voting process. Unconscionably long lines in the 2012 election led to an investigation by the bipartisan Presidential Commission on Election Administration, whose report contained recommendations on cutting a voter’s wait to no more than 30 minutes. That remains a distant ideal in a crazy-quilt voting system variously managed and mismanaged by the 50 states and some 8,000 local jurisdictions."