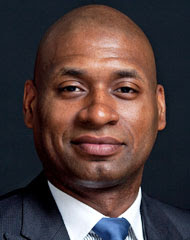 For Op-Ed, follow@nytopinion and to hear from the editorial page editor, Andrew Rosenthal, follow@andyrNYT.

This week we were reminded once again of how much sway federal judges hold as they dealt several setbacks to liberal causes.
The conservative Court of Appeals for the District of Columbia struck down the birth control mandate in the Affordable Care Act, which required employers to offer contraceptive coverage to their employees.
The conservative Court of Appeals for the Fifth Circuitreinstated most of Texas’ new abortion restrictions that a federal district judge, Lee Yeakel, had struck downas imposing an undue burden on women seeking abortions.
And the Court of Appeals for the Second Circuit halted sweeping changes to New York City’s outrageous stop-and-frisk policy, changes called for by Judge Shira A. Scheindlin of Federal District Court in Manhattan whofound, “The city acted with deliberate indifference toward the N.Y.P.D.’s practice of making unconstitutional stops and conducting unconstitutional frisks.
Posted by John H Armwood II at 11:52 PM